More than 100 people have died from Ebola in the West African countries Guinea and Liberia, the World Health Organization has said. International aid organizations try to stop the disease from spreading further. 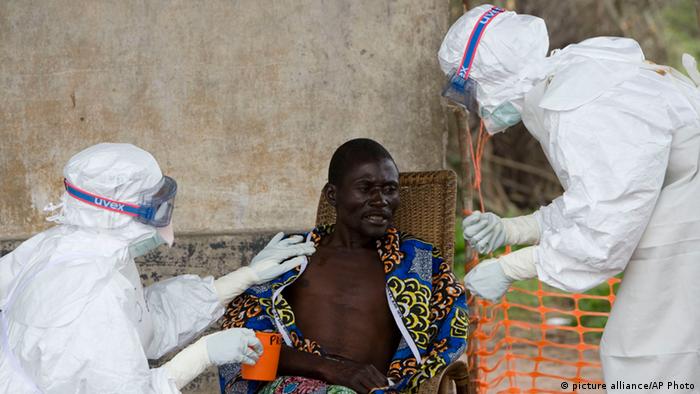 The World Health Organization (WHO) has described the West Africa Ebola outbreak as one of the "most challenging" incidents the world has ever seen. So far, Guinea has counted close to 160 suspected cases of Ebola; more than 100 people have died from the disease. In neighboring Liberia, there have been 10 fatalities so far, with 21 other infections linked to the disease.

Around 65 percent of those infected don't survive the virus, said WHO spokesman Tarik Jasarevic. There is no vaccine or cure. It's crucial to quickly detect an infection - also to stop the disease from spreading any further, Jasarevic added. 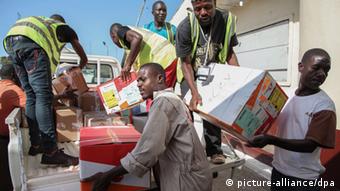 It's been three weeks since the Ebola outbreak in West Africa made headlines. The first cases in Guinea's remote south were reported in February - a few weeks later, the epidemic had reached the capital, Conakry.

It's the first Ebola outbreak in West Africa which is proving to be a challenge for international aid organizations.

"This time, in Guinea, we have cases reported from several localities inside the country which means that we need to put measures in place not in one place as it was quite often the case but in several locations," Jasarevic said. It was difficult to come up with enough resources and mobilize partners, he added.

Internal bleeding as cause of death

The Ebola virus is spread through the exchange of blood or other bodily fluids. Initial symptoms resemble those of the flu or malaria: Between two and 21 days after becoming infected, patients start to feel weak and experience headaches, muscle aches and chills. They develop high fever paired with diarrhea and nausea. The infected die of severe internal bleeding, in particular of the gastrointestinal tract, spleen and lungs.

So far, Ebola outbreaks have only been recorded in Central Africa, such as in Sudan, Congo or Uganda. The disease was named after a river in the Democratic Republic of Congo where it was discovered in 1976. According to the WHO, there have been 15 epidemics in Africa killing more than 1,300. 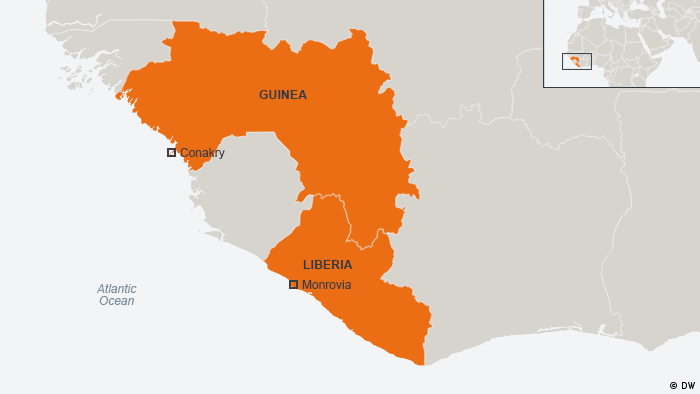 Not only humans can contract the virus - wild animals such as gorillas or chimpanzees can fall ill to Ebola as well. Experts have pointed to a certain type of bat as a suspected carrier of the virus.

"There are many people in West and Central Africa who are dependant on protein from bush meat," Sebastien Calvignac-Spencer said, a scientist working for the renowned Robert Koch Institute in Berlin.

The virus could spread to primates and humans who handle infected meat. As a reaction to the outbreak, Ivory Coast outlawed sales and consumption of bush meat.

No need to panic?

Guinea and Liberia don't have much experience in fighting Ebola - they also lack doctors, nurses and paramedics. International aid organizations work round the clock to help fend off further spreading of the disease. They try to find out with whom the infected interacted - a difficult task as many people contracted the disease while traveling. They also take care of burying the deceased since the virus can spread simply by touching the dead body. "We need to teach people how to protect themselves," the WHO's Jasarevic said.

But he was also quick to say there was no need to panic. "It's a disease we know how to control," he said. "We all need to work hard to put measures in place and that we put the right message out to the outside world so there are no unnecessary restrictions put on Guinea such as closing the borders."

Guinea ranks 178 of 186 on the Human Development Index and is one of the poorest countries in the world. Hasty reactions could hinder the country's development even further.