A particularly aggressive species of Ebola is devastating Guinea. DW speaks with Armand Sprecher of Medecins Sans Frontieres, which is working with local medical organisations to deal with the epidemic. 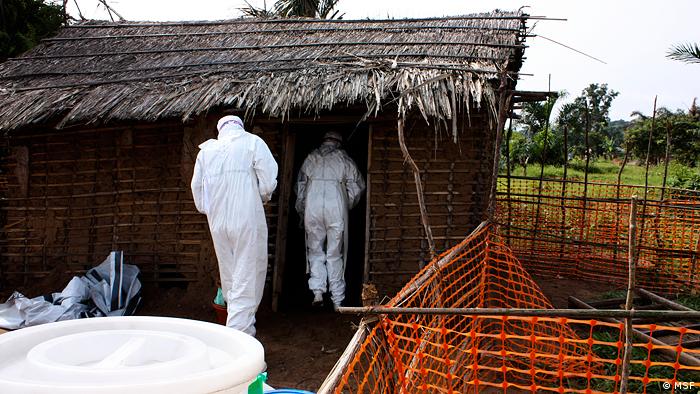 DW: This is the first occurrence of Ebola in Guinea. Why now?

Armand Sprecher: We don’t know why Ebola happens at any given moment, only that this virus is in constant circulation in bats. The assumption is that movements of the bat population transport the virus and then it moves into non-human primates like chimps or gorillas and then into humans usually through consumption of bushmeat. The bats roost in trees that are likely also used by non-human primate for the purposes of fruit collection and the like.

What are the symptoms of Ebola and what happens if it goes untreated?

Ebola starts off as a vague flu-like illness: One gets a fever, a sore throat, headaches and aches all over, making the sufferer profoundly weak. After a few days, vomiting and diarrhea set in and, in some case, we do see bleeding from the gums and nose and in the vomit and diarrhea. The bleeding isn’t dramatic, contrary to what you see in many Hollywood movies.

Given the flu-like symptoms, is it possible that the early signs of an outbreak were overlooked? 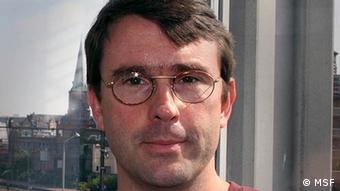 It’s often overlooked - that’s the problem. These outbreaks occur where people are routinely confronted by deadly diseases. Shigella dysentery, typhoid fever and malaria are all quite common in this region. Guinea has the added problem of Lassa fever being endemic to this area. So dying of a hemorrhagic fever isn’t particularly unusual. Ebola was probably mistaken for one of these early on. The clustering of illness in families and the infection of health care workers indicate that something is going on.

One measure the government has taken to stop the disease from spreading has been to impose restrictions on funerals. Why is it important to do that?

Traditional African burial rituals involve mourners touching the corpse. This is problematic with deaths from Ebola because the disease can still be transmitted after death. So, in expressing their affection for the department, the mourners can become victims themselves.

How serious is the threat of this disease spreading to neighboring countries? 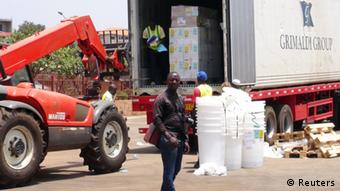 Given Guinea’s location at a crossroads, it’s very easy to cross a border into Liberia or Sierra Leone. In fact, we’ve already heard that cases may have been detected in Sierra Leone. That’s under investigation and nothing has been confirmed. Liberia is equally easy to access from where the disease originated in Guinea. This will naturally complicate outbreak control. There will need to be additional isolation units and the like.

So what are the additional challenges facing aid organizations like Medecins Sans Frontiere and yourself?

The number one priority is getting those infected to a treatment unit where they can’t infect anyone else and where the health care workers can care for them. Once the victims have been assembled, they are asked to list all the people with whom they have come into contact since they were ill. In turn, health care workers check in with all those people listed. In a place like this where the roads are in such poor condition, moving around the community to check in with so many people is a significant logistical challenge.

Can the local governments cope with the relief efforts?

I guess that depends on how you define “cope.” Generally speaking, epidemics require rather extraordinary resources to contain further outbreaks. These resources are generally supplied by external agencies. We provide much of the safety equipment but, to the extent that we can, we train and work with local health care and medical organizations. It takes a certain kind of person to work closely with an Ebola victim. For very rational reasons, it’s not uncommon for health care workers to run in the other direction. So, the provision of medical resources depends on their willingness to engage with the disease.

A mystery illness sweeping through the southern forests of Guinea has been identified as Ebola. There are fears the virus may have been spread across the border into Sierra Leone. (22.03.2014)

Myanamar has allowed the aid organization Doctors Without Borders to resume work in some parts of the country, a day after ordering it to close its clinics. But the group remains banned in one troubled state. (02.03.2014)