The vast majority of Japanese were enthusiastic about the Olympics returning to the capital. But the coronavirus crisis has raised concerns about a new surge in infections and triggered renewed questions about costs.

As the number of days on the giant electronic clock outside Tokyo Station ticked over to exactly one year before the opening ceremony for the 2020 Tokyo Olympic Games, there was a palpable sense of excitement across the city.

A stunning new national stadium was taking shape on the site of the outdated concrete bowl that had been the centerpiece of the 1964 Games. The run-down Toyosu district on the city's waterfront was being transformed into the athletes' village. State-of-the-art venues for sports ranging from archery to slalom canoeing, swimming, tennis and equestrian events were visibly progressing. Also taking shape were new hotels, transport infrastructure and other facilities required to meet the needs of hundreds of thousands of visitors that would flood the city to experience the world's largest sporting extravaganza.

There were, inevitably, expressions of concern in some quarters, about likely cost over-runs, the involvement of Japan's underworld in construction projects, and, in particular, the effect of searing summer heat and humidity on spectators and athletes alike. Still, those fears were largely glossed over in the enthusiasm for the Games. 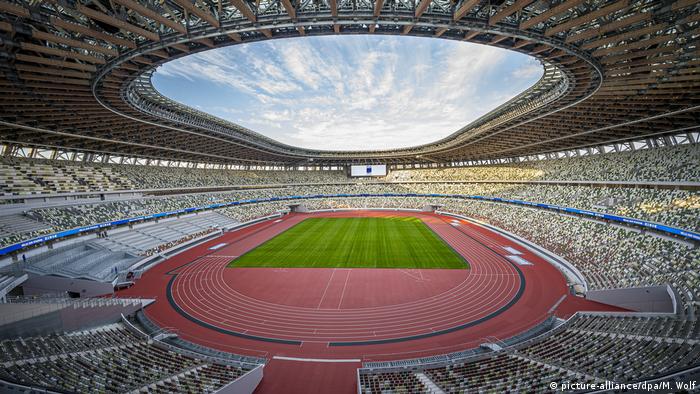 Tokyo's Olympic Stadium for the 2020 Games

Sketchy reports in the first weeks of 2020 of a mysterious illness emerging in the Chinese city of Wuhan did nothing to dampen the overwhelming enthusiasm for the Olympics, set to begin on July 24, and the Paralympics, which were scheduled to start on August 25.

Friday was declared a national holiday to celebrate the opening of the 2020 Olympic Games. Now, the mood is quite different.

Read more: Will Japan be ready to host delayed Olympics next year?

With the coronavirus pandemic raging around the world, the International Olympic Committee and the Tokyo Organizing Committee announced on March 24 that the Games would be put off until at least 2021. In the weeks and months since then, infection and death rates have continued to climb, and experts say it is impossible to put a timeline on the development of a vaccine.

Among Japanese people, the excitement and optimism, the sense of being at the center of the world for the coming two weeks have completely evaporated. Now, the vast majority of people here do not want the Games to go ahead next summer. It is, they say, simply too dangerous.

"I think a lot of people were very excited when Tokyo won the right to host the Olympics back in 2013," said Kanako Hosomura, a resident of north Tokyo.

"Businesses like bars, restaurants and hotels believed they would be very busy with foreign visitors and I believe many Japanese people saw this as a good opportunity to show off Japanese culture, history, art, cuisine and so on," she told DW.

"That was the main feeling among my friends even up until last year's Rugby World Cup — which was a huge success," she said. "But coronavirus has changed everything."

The majority of Japanese are of the same opinion. A survey by Kyodo News this week showed that just 23.9% of the public believe the Games should go ahead next year. Just over 36% want the event delayed by a further year, while nearly 34% say it should be scrapped entirely.

It was "disappointing" that the organizers announced they were delaying the Games to next year, Hosomura said, "But it was the right thing to do."

"It would be just too dangerous to have the Games in Tokyo this summer," she added. "But now I'm beginning to think that it will be impossible for the Olympics to go ahead next summer as well.

"There is no cure for the virus, and we know that big groups of people are dangerous. How can we have a huge sporting event when that is the situation? I do not think there is any other choice. They are going to have to cancel the Tokyo Olympics altogether."

The organizers are putting a brave face on the situation and in public insist that they are committed to the event going ahead as scheduled next year. At 8:00 p.m. local time (23:00 UTC) on Friday, a video message is to be released at the Olympics Stadium to communicate the message "Stronger Together" precisely 365 days ahead of the opening of the rescheduled Games. One week previously, they released the schedule for events in 2021. 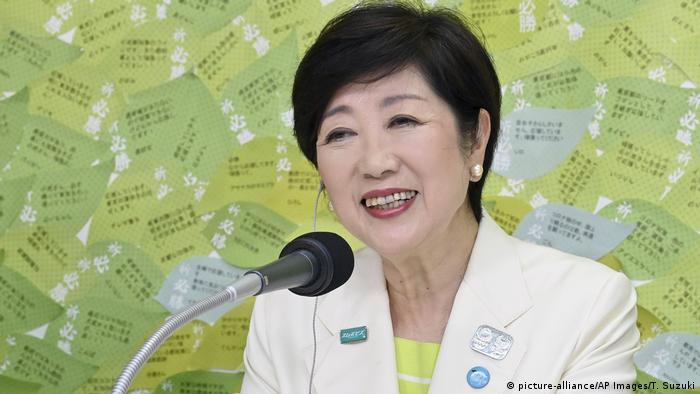 Yuriko Koike, the governor of Tokyo, has repeatedly emphasized the importance of the Games going ahead in 2021. She said in an interview with CNBC this week that Tokyo 2020 "can become a symbol of how the world has united to overcome the hardship and how humanity has strengthened its bonds."

The local organizing committee has been similarly bullish about the rearranged Games, insisting that they will go ahead. However, Yoshiro Mori, the head of the organization and a former prime minister, appeared to concede on Wednesday that the event is at risk.

Asked by national broadcaster NHK whether the Olympics will definitely take place, even if there has been little change in the global coronavirus pandemic, he replied, "If the current situation continues, we couldn't [hold the Games]."

The IOC announced that it remains "fully committed" to the Games going ahead as planned in 2021, IOC President Thomas Bach said on July 16, adding that the team tasked with handling the one-year delay had reported "very good work in progress."

"We remain fully committed to celebrating Tokyo 2020 next year in July and August," Bach told reporters in a conference call from Bern.

"The entire IOC is following the principle we established before the postponement that the first priority is about the safety of all participants," he said. "We continue to be guided by the advice of the World Health Organization and based on this advice we are preparing multiple scenarios."

He admitted, however, "We do not know the health situation one year from now."

Nana Kimura, whose sports-mad husband managed to get three tickets for the final of the women's 100 meters, said she was ambivalent about the Games at the very outset. But she is now convinced it would be a serious mistake to go ahead as planned.

She is similarly unhappy at the cost of the Olympics, which has ballooned to 1.06 trillion yen (€8.6 billion, $8.64 billion), fully seven times the budget that the government had initially approved and the IOC had agreed to.

"I look at the new stadium, and now I think it is ugly and cost far too much," said 40-year-old Kimura. "And it will rarely be used once the Olympics are over. To me, that is a huge waste of Tokyo taxpayers' money that could have been spent better elsewhere.

"But the biggest worry has to be the virus," she said. "It would be hugely irresponsible if Japan opened its borders to people from the rest of the world who might unknowingly bring new cases of the virus with them. That's simply dangerous. And I think that in the coming months, more people are going to stand up and say the same. The Games have to be called off."

Experts say they are confused at why the coronavirus cases have not declined in the hot summer months in Japan and warn of a "very dangerous" situation when the flu season arrives. Julian Ryall reports from Tokyo. (30.06.2020)

Okinawa shocked at cluster of coronavirus cases on US military bases

The governor of Japan's most southerly prefecture wants a ban on more US troops being sent to the islands as fears grow that they may have spread the virus over the July 4 weekend. Julian Ryall reports from Tokyo. (14.07.2020)