The former prime minister and current president of the Summer Games' organizing committee is due to step down after saying that women speak too much in meetings. The remarks sparked outrage at home and abroad. 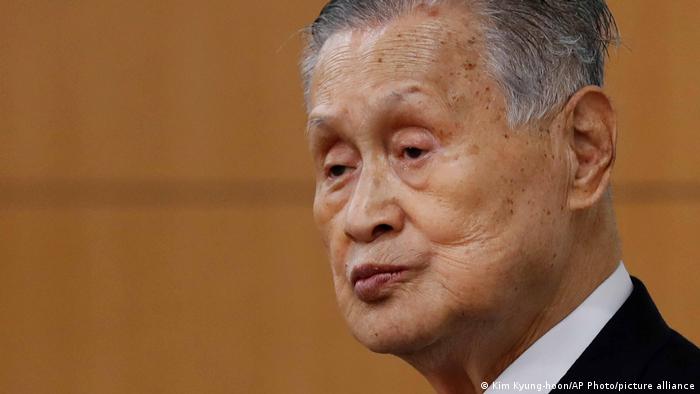 Yoshiro Mori, head of the Toyko 2020 Olympic organizing committee, has been facing growing calls to step down

The controversial comments by the 83-year old former prime minister at a Japanese Olympic Committee board meeting in the first week of February ignited a firestorm.

"If we increase the number of female board members, we have to make sure their speaking time is restricted somewhat, they have difficulty finishing, which is annoying," Mori said.

"We have about seven women at the organizing committee but everyone understands their place," he added.

At a hastily called news conference on February 4, Mori attempted to retract his remarks. Admitting they were "inappropriate" and against the Olympic spirit, he declined at that point to resign. 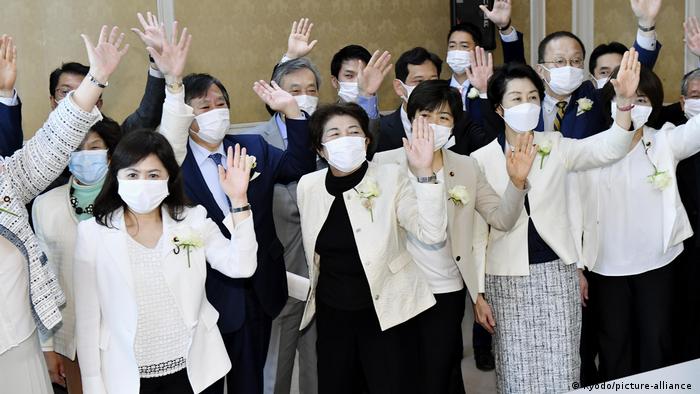 With opposition lawmakers demanding his resignation, the Fuji News Network and public broadcaster NHK reported that he has told officials of his wish to step down.

The Mainichi daily newspaper reported he intends to announce his resignation at a meeting on Friday.

Mori's brief tenure as prime minister between 2000 to 2001 was marked by a string of gaffes and blunders. This included continuing to play golf even after learning that a Japanese fishing boat had been struck and sunk by a US submarine, killing nine.

While in office, his ratings began sliding within weeks. A year later they were in the single digits.

Mori remained a lawmaker until 2012, working on Japan-Russia relations as well as sports-related advocacy.

This included helping Japan's bid for the 2019 Rugby World Cup and the Tokyo 2020 Olympics.

Mori, who has battled lung cancer for years, previously said his last public service to his country would be leading the now delayed Tokyo Summer Games to a successful conclusion.

When pressed recently on whether he really thought women talked too much, he said: "I don't listen to women that much lately, so I don't know."

Another hurdle for the Summer Games

The Tokyo Summer Games have been struggling to overcome a number of obstacles, including ballooning costs and a plagiarism scandal involving the official logo, before being postponed by the coronavirus pandemic.

Recent polling indicates that nearly 80% of the Japanese public are opposed to holding the Summer Games as scheduled this year due to concerns about the coronavirus.