Tokyo 2020: IOC claims Games to be gender-balanced, but equality is not so simple 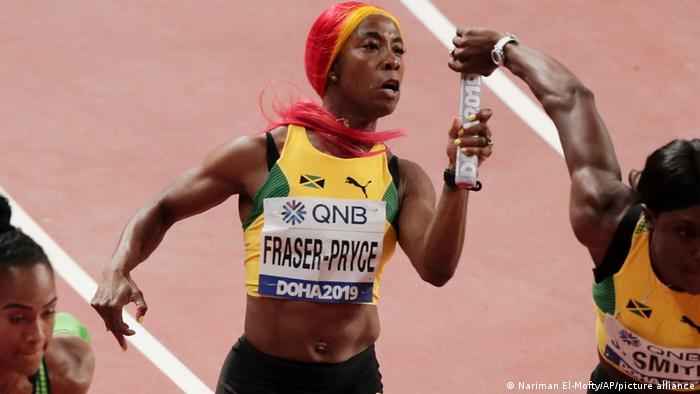 Women have been winning more medals than their share in Jamaica’s Olympic teams. In 2021, Shelly-Ann Fraser-Pryce will look to add to a personal collection that already boasts two golds, three silvers and one bronze.

"The Olympic Games Tokyo 2020 will be the first gender-balanced Olympic Games in history with 48.8% women’s participation," International Olympic Committee (IOC) President Thomas Bach trumpeted in a statement back in March.

He went on to stress that "the IOC is sending another extremely strong message to the world that gender balance is a reality at the Olympic Games."

It is a milestone that has been a long time coming, particularly in light of the fact that, when women started competing at the games in 1900, they made up just 23 of roughly 1,000 athletes.

China will be leading the way with a record-breaking 69% of women in their 433-person team. Other Olympic powers trail behind, but over half of the competing nations, including the top nine in the final medal standings at the 2016 Summer Olympics, are sending teams made up of nearly 50% women to Tokyo.

Gender equality is not only about fitting in as many women as possible: It's also about allowing them to perform on equal footing and giving them as much of a chance of winning as their male counterparts.

In which countries do women athletes stand as good a chance of winning medals as their male counterparts? In which countries is this still not the case? To find out, DW analyzed medal counts and team composition numbers provided by Olympedia, a website maintained by a group of Olympic historians and statisticians.

Usain Bolt left everyone speechless in 2008, breaking world records and making the word "Jamaica" a synonym for speed. However, he was the only man to win medals for the Caribbean country in Beijing. Of Jamaica's 11 medals, nine were won by women.

One day after Bolt's triumph, Shelly-Ann Fraser-Pryce, considered the fastest woman alive, also won the 100-meter race. She was joined on the podium by two other women from Jamaica, a country where female athletes have historically tended to outperform their male counterparts. 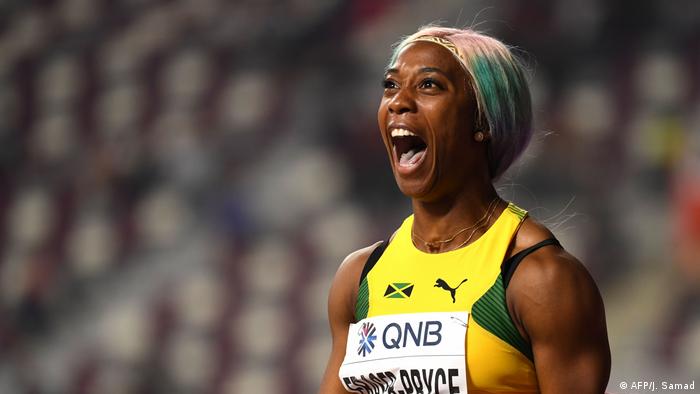 Assuming that athletes of both genders have similar capabilities and access to resources, it's fair to expect that women should make up around 50% of the athletes in a nation's Olympic team. That being the case, it's also fair to assume that they should win around 50% of their country's medals — even with minor caveats such as group sports and mixed-gender events.

Jamaica is just one country in which women tend to bring home more medals than their team's gender composition would suggest.

Australians have produced great female swimmers, including the likes of Shane Gould, who won five of her country's 17 medals in Munich in 1972. Ethiopian women dominate long-distance running. The Dutch are excellent cyclers and swimmers. And then there is Romania, perhaps the most successful country in terms of female Olympians.

Romanian women have consistently outperformed their male counterparts since the 1970s — at first, largely because of the country's gymnastics teams, led by Nadia Comaneci, who at the 1976 Olympic Games in Montreal became the first athlete to score a perfect 10.

"From 10 iconic Olympic athletes, eight are women and two are men," says the head of the international department at the Romanian Olympic Committee, Kristian Butariu.

Butariu says socioeconomic factors are behind this reversed gender gap, noting that sport provides a less-stable career path than most pursuits.

"While women go professional, men usually feel responsible for providing for the family, so they need, in their minds, a moneymaking occupation," Butariu says.

His view might illustrate how Romanian society sees gender and sport today, but there's another possible explanation: The country was part of the Eastern bloc for over 40 years, at a time when Communist-ruled countries, in particular, saw the Olympics as a potential platform for propaganda. 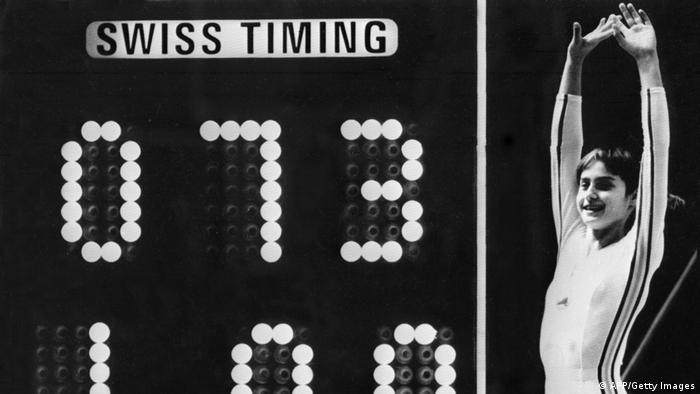 At age 14, Nadia Comaneci won three gold medals and scored the first perfect 10 in the history of Olympic gymnastics. She helped cement a legacy of female victories in Romanian sports that lasts to this day.

"Female sports were also a political opportunity to present the political superiority of their own systems," says Anke Hilbrenne, a historian who researches gender and sports at Georg-August University in Göttingen, Germany.

According to her, it was important for Communist rhetoric to emphasize a perceived equality between men and women, and the Olympics were the perfect vehicle to do so. Countries such as Czechoslovakia, the Soviet Union and East Germany were indeed places where women outperformed their male counterparts, just as Romania still is. However, a negative example comes from a country with a similar ideology.

Mireya Luis is regarded by many as the best volleyball player of all time. She won three Olympic gold medals with Cuba between 1992 and 2000, but her legacy has not lived on. The once dreaded Cuban volleyball team has not qualified for the Games since 2008.

Cuba's context is different from other countries. Despite economic restrictions due to the US-imposed embargo, a population of just 11.3 million, and high desertion numbers among athletes, it sits in an impressive 18th place in the all-time medal count.

Currently, most medals come in boxing, a national passion that the Cuban regime doesn't regard as appropriate for females, meaning only the men are allowed to compete. Women often bring home medals in judo and taekwondo, but the country's obsession is off-limits for them.

There are similar hurdles in other countries where women tend to punch below their weight.

Iran's national sport is wrestling, but the country has never sent a female wrestler to the games. Uzbekistan's men consistently win medals in boxing and weightlifting, but a bronze in gymnastics is the only medal ever won by a female athlete from the country. 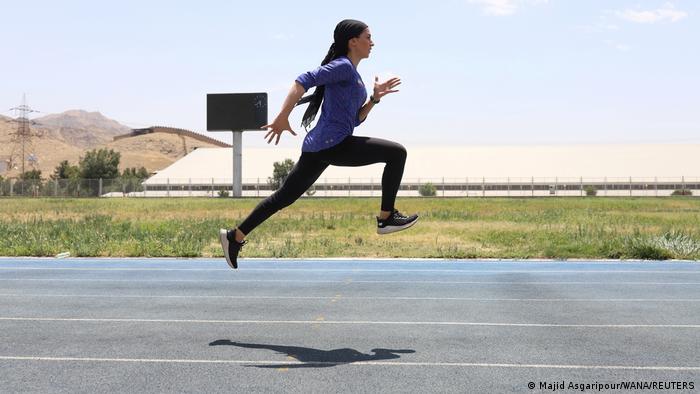 Sprinter Farzaneh Fasihi is one of the 11 Iranian women who will compete in Tokyo, making up 16% of their national team. None will compete in wrestling, Iran’s national sport and main medal-winning discipline.

Not all disparities can be explained by social conservatism, though. Brazil women consistently win fewer medals than one might expect based on the percentage of the national team they make up. This is despite the country's generally felt pride in female icons such as gymnast Daiane dos Santos or footballer Marta.

The same is true of the otherwise progressive country Sweden — even though there have been more Swedish women than men competing in the Olympics since 2008.

At the final of the gymnastics event in Rio in 2016, American star Simone Biles took the stage to the sound of "Mas Que Nada," an iconicsambacomposition that had the spectators singing along to her floor routine.

As soon as she left the spotlight, Biles was embraced by her teammates. They had just won gold for the United States. Soon they would be sharing the podium with the Russian and Chinese teams.

This competition encapsulates how the Summer Olympics have been playing out since 1996, when Russia and China replaced the Soviet Union as the main rivals of the United States in the medal race. Female athletes are a significant part of these countries' successes.

"The countries that want to be at the top of the medal count recognized they can't do that unless both their men and women win medals," says Michele Donnelly, a sports management researcher at Brock University in St. Catharines, Ontario, Canada."

Olympic success doesn't point to a level playing field and it may even hide systemic problems, with US gymnastics being a prime example. Two years after the Rio Games, four of the five team members came forward with allegations that they had been sexually abused by staffers from USA Gymnastics.

"Those women have gone consistently to the Olympics and won medals. That is not in itself evidence of gender equality. It's a success despite gender inequality," says Donnelly. "We have to go deeper to see the conditions under which those women are competing."

Still, in 2021, women compete in fewer events and are awarded fewer medals than men. Clothing regulations are stricter for women than their male counterparts. Pierre Coubertin, the father of the modern Olympic Games, was an opponent of female participation in the very event he envisioned back in 1896.

According to Donnelly, significant advances are being made, but this sexist legacy still affects women athletes and continues to hinder the pursuit of true equality.

It was on March 24, 1921, that the first Women's Olympic Games opened. It has taken a full century for the Olympic movement to recognize the contributions of the driving force behind those Games, the late Alice Milliat.

Elisabeth Seitz is one of three German gymnasts who have made a stand by competing in full-body leotards to protest against the sexualization of sport. She says each athlete must be allowed to decide what they wear.

Pakistani female athletes are gaining recognition despite the many challenges​​​​​​​ they face when it comes to overcoming rigid gender norms and a lack of access to training facilities.

For the first time, two flag bearers, one man, one woman, will carry the German flag in the March of Nations at the Olympic Games. Though not compulsory, it's a change that is being encouraged by the IOC: