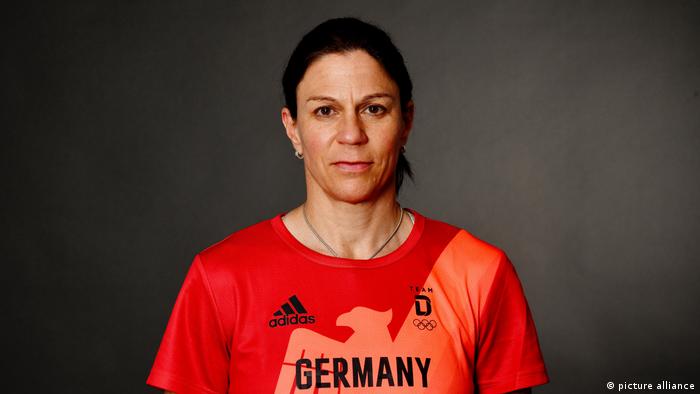 Germany's modern pentathlon coach Kim Raisner was suspended on Saturday after punching a horse at the Tokyo Olympics.

The sports governing body, the UIPM, said Raisner was disqualified for "appearing to strike the horse Saint Boy... with her fist."

She responded to her coach's instructions and duly whipped the horse, but it did not have the desired effect. The episode left Schleu distraught as her medal hopes drifted away before her teary eyes. 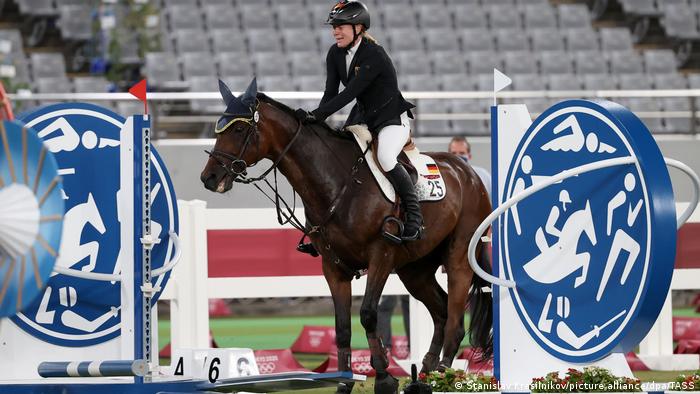 The UIPM said Raisner had been given a "black card... disqualifying her from the remainder of the Tokyo 2020 Olympic Games," by its executive board following a review of the video clip.

"Her actions were deemed to be in violation of the UIPM Competition Rules, which are applied to all recognized Modern Pentathlon competitions including the Olympic Games," a UIPM statement said.

On Saturday, Raisner was not present at the Tokyo Stadium for the men's event, with the German Olympic chief Alfons Hörmann saying it was the "best solution" to avoid "further question marks" about the coach.

Hörmann said this decision was a mutual one following discussions between Schleu, Raisner and Susanne Wiedemann, sport director of the German modern pentathlon federation.

How has the Schleu responded?

Schleu, who had been favored to win gold heading in to the competition, said she "didn't expect so much negative hate."

Speaking with news agency dpa, Schleu described what happened in the moment when she realized that her horse was too panicked to take the course.

"Unfortunately in this stressful situation — while in first place at the Olympic Games — I perhaps more quickly lost my nerve and started to cry. I then tried to use the [riding] crop," she told dpa.

While she was disappointed with how she reacted, Schleu denied that she caused any harm to the horse.

"Of course I feel attacked when it's said that I [was] inhumane — when there are accusations of animal cruelty," she said.

"I handled the horse to the best of my ability. It was already clear one needed to be a little more firm, but I was at no time rough," the athlete said.

She added that she understood the criticism against her coach and that Raisner  "could have chosen her words differently" when instructing her to hit the horse.

What is the modern pentathlon?

As well as show jumping, the modern pentathlon consists of swimming, fencing, running and shooting.

A key element of the discipline, however, is riding an unfamiliar horse, with competitors given only 20 minutes to bond with their animal before embarking on their quest for Olympic glory.

Raisner was not the first German coach to become embroiled in a controversy during this year's Olympic Games.

Cycling sports director Patrick Moster was sent home and suspended until the end of the year after making a racist comment during the men's road time trial.

In yet another attempt by the IOC to appeal to younger audiences, 3x3 basketball made its debut at the Olympics. It's a trend backed by rapper Ice Cube and FIBA, who dub it "the number one urban team sport in the world."

Environmental and animal rights activists have long decried the practice as "inhumane." The Court of Justice of the European Union had already banned hunting in this manner.

The Olympics produce some of the best moments in sports. As the world's elite athletes gather in Tokyo 2020, so do the best photographers to capture all of the action. Take a look at these iconic moments.