Germany cycling sports director Patrick Moster has been sent home after shouting out racist remarks during the men's road time trial at the Tokyo Olympics. He apologized after television cameras picked up his comments. 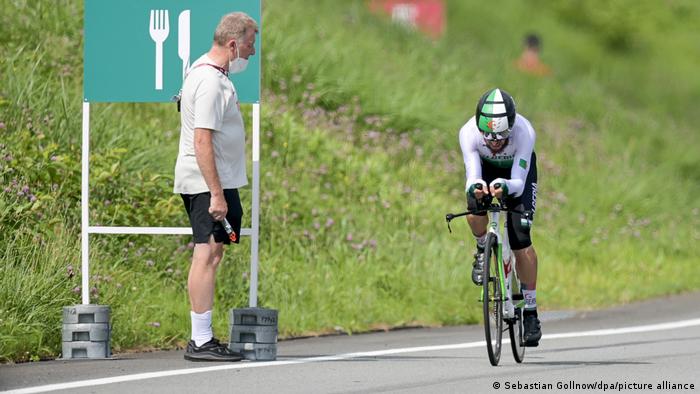 Moster, 54, was caught on camera screaming racist remarks as Germany's Nikias Arndt was chasing down two African cyclists during the event. The cycling coach later apologized for the comments, saying he was caught "in the heat of the moment."

The DOSB said that though Moster's apology was sincere, he "violated Olympic values" with the comment.

"Fair play, respect and tolerance are not negotiable for Team Germany," the DOSB said in a statement.

What did Moster say?

As Arndt chased down his opponents during the men's road time trial, Moster was shouting out words of encouragement. Yet his encouragement turned unsavory as he screamed, "Get the camel drivers!" multiple times.

The vision and audio were broadcast on live television, with ARD commentator Florian Nass left gobsmacked as he reacted: "If I've really understood what he was shouting, that was totally wrong."

"Words fail me," Nass added. "Something like that has no place in sport."

Moster, sporting director of the German cycling federation (BDR), has since been forced to apologize.

"In the heat of the moment and with the overall burden that we have here at the moment, my choice of words was not appropriate," he told German news agency DPA.

"I am extremely sorry and can only offer my sincere apologies. I didn't want to offend anyone." 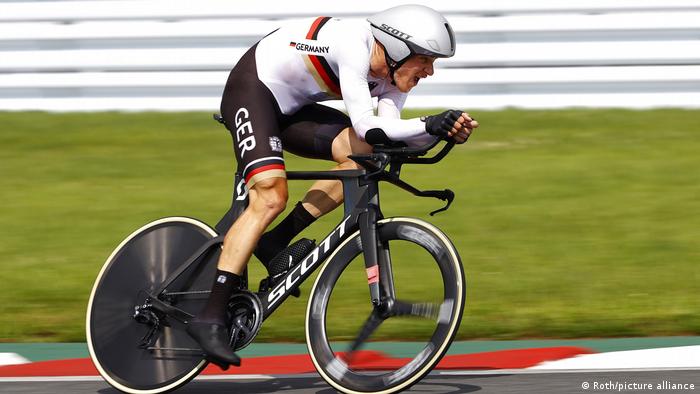 Arndt, who finished 19th in the time trial, distanced himself from the comments via social media, saying he was "appalled" by the incident.

"Such words are not acceptable," he wrote.

"The Olympics and cycling stand for tolerance, respect and fairness. I represent these values ​​100% and take my hat off to all the great athletes who have come from all over the world here in Tokyo."

Adrien Niyonshuti on Tour de France diversity issue: 'The biggest obstacle is getting a visa' 17.07.2022

There are no Black cyclists from Africa at the Tour de France in 2022. On the sidelines of a mountain stage, former pro Adrien Niyonshuti from Rwanda promoted cycling on the continent with an unusual move.

FINA has largely banned trans women from female categories. But such policy is based on a flawed premise and risks marginalizing them, argues researcher and guest writer Blair Hamilton.