Timeline: Julian Assange′s story so far | Europe| News and current affairs from around the continent | DW | 05.02.2016

Starting with the WikiLeaks "Afghanistan War Story" in the summer of 2010, matters moved apace concerning founder Julian Assange. Here's a summary of key dates during what the UN claims is his "unlawful detention."

Julian Assange has been in hiding in Ecuador's London embassy since the summer of 2012, two years after whistleblowing website WikiLeaks launched with three major tranches of largely-classified documents in just a matter of months. Here's a recap of the major moments in his story so far.

July 25, 2010: WikiLeaks publishes more than 75,000 secret US military reports on the war in Afghanistan. In total, the "Afghanistan War Story" stretches beyond 90,000 documents. 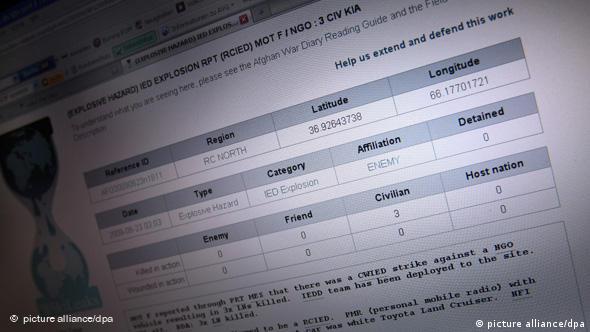 August 18, 2010: Assange requests a Swedish residency permit, hoping to create a WikiLeaks base in a country with strong laws protecting whistleblowers. The application was rejected exactly two months later, at which point it became public knowledge.

August 20, 2010: Swedish prosecutors issue arrest warrant for Assange, saying he was wanted for questioning on suspicion of sexual offenses.

October 22, 2010: WikiLeaks publishes "The Iraq War Logs," almost 400,000 sensitive documents on the US-led war and occupation. The reports detailed more than 100,000 known deaths in Iraq, more than 60 percent of which were classified internally as civilian.

November 18, 2010: Sweden issues fresh arrest warrant, but still no charges, against Assange, based on sexual assault charges filed by two women. Assange denies the charges, claiming the sex was consensual.

November 28, 2010: WikiLeaks' third major release, which became known as "Cablegate," turns its focus to US diplomacy. More than a quarter of a million diplomatic correspondences were unveiled, including sensitive analyses and descriptions of relations with US allies, partners, and enemies. Many of the cables remained redacted; although they would later be republished, unedited.

December 7, 2010: Assange presents himself to police in London, but pledges to fight the extradition request in court. Later, out on bail, he says the efforts to detain him are part of a smear campaign, hinting he believes Washington to be pulling the strings, not Stockholm.

February 24, 2011: London's Belmarsh Magistrate's Court rules in favor of Assange's extradition. He appeals to the High Court, saying he fears his final destination will in fact be the US.

Britain and Sweden have rebuffed a UN panel's ruling that the stay by Wikileaks founder Julian Assange in Ecuador's London embassy amounts to "unlawful detention." Britain says the UN view is "ridiculous." (05.02.2016)

December 5, 2011: Assange wins right to appeal at UK Supreme Court, as panel finds his case pertained to "a question of general public importance."

May 30, 2012: Supreme Court rules extradition to Sweden should go ahead, exhausting the Australian national's legal options in Britain.

June 19, 2012: Assange jumps bail, seeking refuge in the Ecuadorean embassy in London where he applies for political asylum. The government allows him to remain in the building. A years-long routine of daily police surveillance, eventually running to costs of around 10 million pounds (13 million euros or $14.5 million at current exchange rates), begins outside the embassy.

July 31, 2013: US military court convicts Army Private Bradley Manning (now Chelsea Manning) on 19 of 21 charges linked to the sensitive documents ultimately published by WikiLeaks. Crucially, he avoids the key charge of "aiding the enemy" - which can carry the death penalty - and is later sentenced to 35 years in prison. 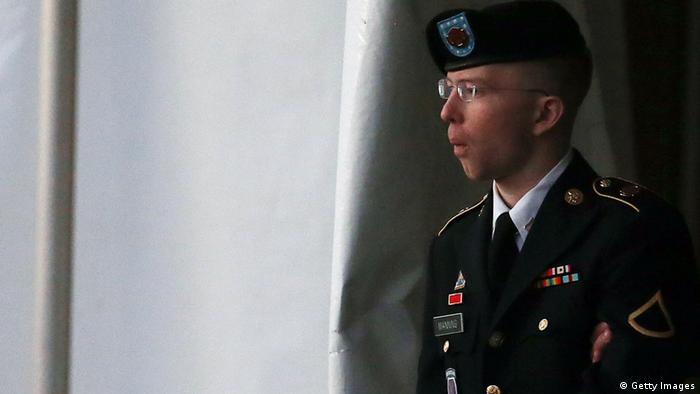 October 25, 2013: Ecuador calls on the UK to permit Assange to fly to Quito, without success.

August 18, 2014: Assange's lawyer says his client wants assurance he will not be extradited to the US before he would agree to leave the embassy in London.

March 13, 2015: Swedish prosecutors offer to question Assange in the embassy. Initially, he accepts, before Ecuador's government demands that its prosecutors should conduct the interrogation.

October 12, 2015: Three years in, London's Metropolitan Police stop round-the-clock monitoring of the embassy, citing daily monitoring costs of around 11,000 euros and calling the operation "no longer proportionate," given the lengthy stalemate.

February 2, 2016: The 44-year-old says that if his appeal to the UN's arbitrary detention working group fails, he would turn himself in to police.

February 5, 2016: UN confirms report, first announced by Sweden's foreign ministry, that its panel has ruled that Assange is being "arbitrarily detained." Panel recommends that Sweden and UK compensate him for the time spent in the embassy. The UN ruling has no legal basis and is non-binding, so the UK and Sweden immediately dismissed the ruling. Britain's Foreign Secretary Hammond called it "ridiculous", saying Assange was a "fugitive from justice", adding that nothing had changed.