Time is running out with Iran

Iran, once again, has signaled its readiness to enter negotiations on its controversial nuclear program. This time around, experts are hoping for direct talks with the United States - because little time remains. 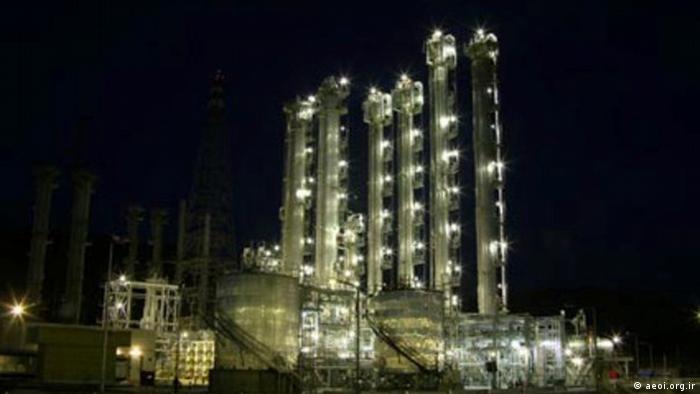 The alternative to a diplomatic solution in the dispute over Iran's nuclear program could be war – but no one wants it to come to that, according to Michael Brzoska, Director of the Institute for Peace Research and Security Policy in Hamburg. "Iran has always said that it is ready to negotiate," he told DW.

After much stalling and foot dragging, Iran again pronounced that it was ready to negotiate on Sunday (03.02.2013) during the recently held Munich Security Conference. The country's foreign minister, Ali Akbar Salehi, was reacting to an offer for talks by US Vice President Joe Biden.

On Tuesday (05.02.2013), chief Iranian negotiator, Saeed Jalil, confirmed that his country would be taking part in a meeting in Kazakhstan at the end of February to discuss Tehran's nuclear program. Iran insists on its right to uranium enrichment for civilian use. But the country's opponents fear that Iran is working on producing nuclear weapons and that it also has a secret nuclear program. For years, talks have begun only to be suspended time and again.

On the verge of a nuclear bomb? 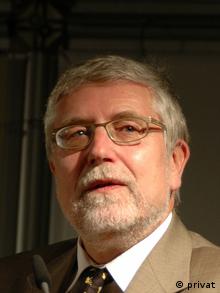 Michael Brzoska believes a solution needs to be found this year

But time is running out, Western nuclear experts say. The longer negotiations drag on, the more likely it is that Iran, at some point, will present the world with a nuclear weapon.

"Israel's concerns that Iran is on the verge of [creating] a nuclear weapon should be taken seriously," says Brzoska.

He personally does not believe that Iran really intends to build nuclear weapons, but if its leadership makes that decision "we are talking about less than two or three months," he noted.

That is why the West has been trying to put pressure on Iran through sanctions – so that the country will be forced to return to the negotiating table. Sanctions were extended and tightened at the end of last year.

"The sanctions appear to be having an impact," Brzoska said. The economic development of the country has worsened and it is selling less oil, possibly at lower prices. "The revenue of the country has fallen and trade is suffering," he added.

Easing sanctions is a precondition for Iran for possible talks, Foreign Minister Salehi stated in Munich. But, so far, the five permanent members of the UN Security Council and Germany have excluded any easing of sanctions before negotiations and have not even said whether they are willing to talk.

Although, from the West's point of view, any uranium enrichment must be suspended to get negotiations started, there appears to be a greater willingness to accept enrichment for civilian use in light-water reactors under international supervision. This is something, however, that Israel strongly opposes. After all, even low-enriched uranium can be used for nuclear weapons, Israel argues. 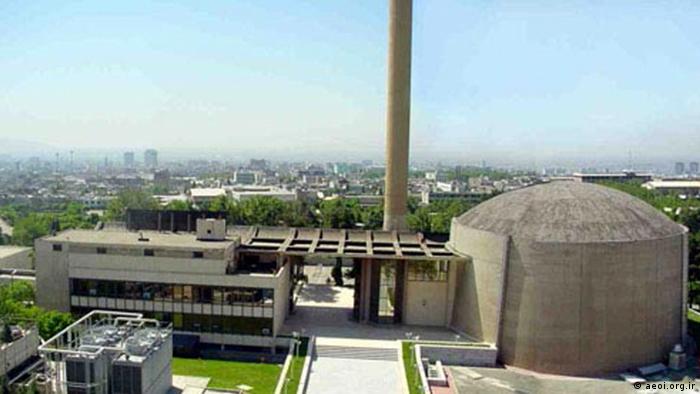 "Once Iran has built a nuclear weapon, there will be no turning back," says Yossi Mekelberg from the London-based think-tank Chatam House. This is why Israel is insisting on even tougher sanctions.

"Israeli leaders are convinced that negotiations are simply a stalling tactic and not aimed at finding a compromise,he said, adding that Israel does not believe a political solution is possible."The Israeli leadership wants the world to think that, if the pressure on Iran is not increased, Israel could intervene militarily," he noted.

Will Israel go it alone?

"An Israeli attack on the nuclear facilities in Iran would be a big mistake," says Pierre Goldschmidt from the Carnegie Endowment for International Peace. "It would provide Iran with grounds to withdraw from the Nuclear Non-Proliferation Treaty, if they wish to and work on a nuclear program if it was in their interest." Goldschmidt was the deputy general director of the International Atomic Energy Agency until 2005, which inspects Iran's nuclear facilities.

Goldschmidt has been calling for a "temporary amnesty" for Iran – a time frame in which Iran could disclose the details of its nuclear program, which first became public in 2003. "That would generate the necessary confidence," he said. 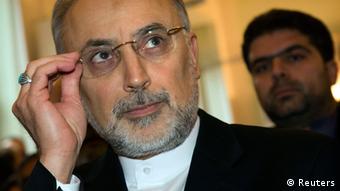 Goldschmidt does not expect a major breakthrough before the Iranian presidential elections in June. But even with a new president, it is unlikely that Iran would change its line, says Götz Neuneck from the Institute for Peace Research and Security Policy in Hamburg. Among the country's political elite, there are hardly any voices opposing the nuclear program and even the opposition takes a pro-nuclear stance. "The new president will not have a very different position," Götz says.

It's also possible that moderate voices will be weakened in the coming months. "Iran has the feeling that it is standing with its back to the wall," says Brzoska in reference to the war in Syria. Apart from its allies – the Assad regime and Hezbollah in Lebanon – it feels surrounded by enemy states, be it Israel, or US troops in Afghanistan or Saudi Arabia. If Syria falls, paranoia and fear could overshadow the talks.

And that is one reason why time is running out, and why experts, like Neuneck, are hoping for direct talks between the US and Iran. "Both sides are actually condemned to talk to each other," he says. Neuneck believes that if that doesn't happen, a new war could break out in the region.

Israel’s defense minister has warned that should Iran be allowed to develop atomic weapons it would lead to "nuclear terror." Meanwhile, Iran's foreign minister has said Tehran is prepared for nuclear talks with the US. (03.02.2013)

Bulgaria says it has traced last July's bus bombing that killed five Israelis in a Black Sea resort to two persons with links to the Lebanese Hezbollah movement. Lebanon says it's ready to cooperate with investigators. (05.02.2013)

Mahmoud Ahmadinejad has arrived in Egypt, marking the first visit by an Iranian leader to the country since Iran's 1979 revolution. Iran's president has said he is hoping to improve relations between Tehran and Cairo. (05.02.2013)