The International Criminal Court in The Hague is holding its first-ever trial about the destruction of cultural heritage. A Malian jihadi leader stands accused of destroying mausoleums in Timbuktu. 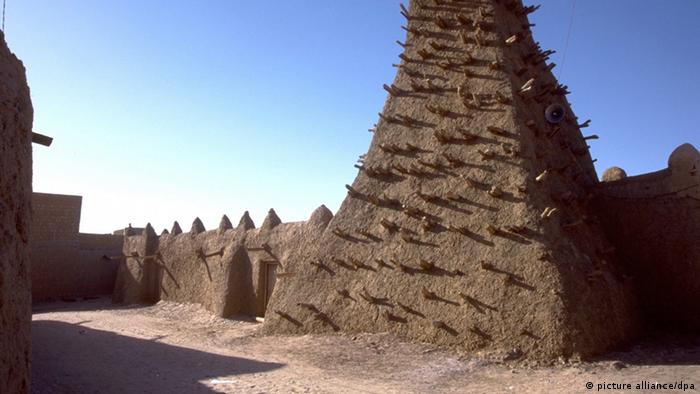 The bill of indictment at the International Criminal Court in The Hague reads like a Top Ten list of sites to visit in the Malian desert city of Timbuktu. Ten historic mausoleums and mosques are named - places that were designated world heritage sites by the United Nation's Educational, Scientific and Cultural Organization, UNESCO. However, in the summer of 2012, they were destroyed with chisels and pickaxes. Ahmad Al Fadi Al Mahdi, the former head of the Islamist "Manners' Brigade" that imposed decisions of the Islamic Court in Timbuktu, is accused of directing attacks on the cultural sites.

The opening of the trial against him is a first for the tribunal, which has never before dealt with a case of cultural destruction in the context of war crimes.

The destruction occurred more than three and a half years ago. In 2012, an alliance of Islamist groups and Tuareg rebels seeking independence seized large parts of northern Mali. And the legendary city of Timbuktu with its mosques, tombs, and other cultural treasures from the 15th and 16th centuries was not spared. The city was once a center of learning and trade. Representatives of the mystical branch of Islam, Sufisim, and other religious scholars were highly regarded among the population, and many Malians visit their tombs. 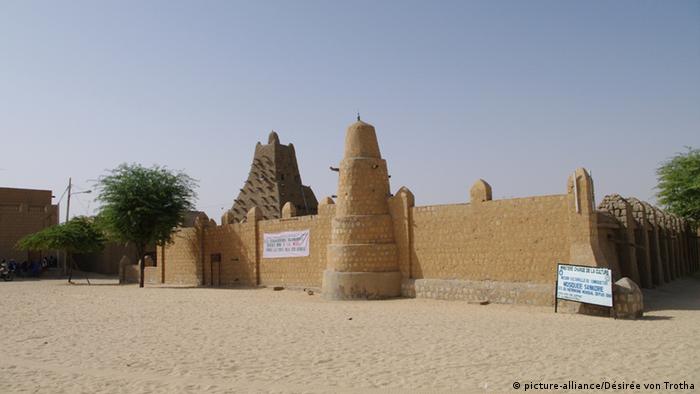 The Sankore mosque in Timbuktu is a world heritage site

Sufi tombs as affront to faith

For the radical Islamists, these mausoleums were seen as blasphemous; they wanted to see the clay buildings razed to the ground. Many ancient manuscripts in Timbuktu's archives were also destroyed, because the extremists only recognize the Koran. France sent its military to intervene, and drive back the armed groups.

According to Germany's former ambassador in Mali, Karl Flittner, the mausoleums play a big role in the city. "Knowing that you live in a city with a great heritage is extremely important for the self-confidence of the people of Timbuktu," Flittner said. For this reason, he said that the destruction was also an attack on the city's population.

Christoph Brumann, research group leader at the Max Planck Institute for ethnology in Halle an der Saale, remembers the worldwide outrage at the time of the destruction. It coincided with a meeting of the UNESCO World Heritage committee. The sites in Timbuktu had been classified as threatened at the request of the beleaguered Malian government, the ethnologist told DW. That was a thorn in the side of radical groups such as Ansar Dine, which felt provoked to ask what authority UNESCO could possibly have. "According to their fundamentalist beliefs, the tombs of the Sufi saints were something that would inspire Muslims to idolatry," said Brumann.

The greater the importance attributed to cultural heritage, the more such sites are targeted during conflicts, say ethnologists. There is a double-sided logic at work, Brumann said. "On the one hand, you can demoralize your opponents by destroying things that are important to them, and on the other hand, it's headline-making news," he said. The radical Islamic Taliban proved this in 2001, when it destroyed the giant Buddha statues of Bamiyan, despite international protests. The so-called Islamic State followed suit in recent years, destroying world heritage sites such as Palmyra in Syria and Hatra in Iraq. 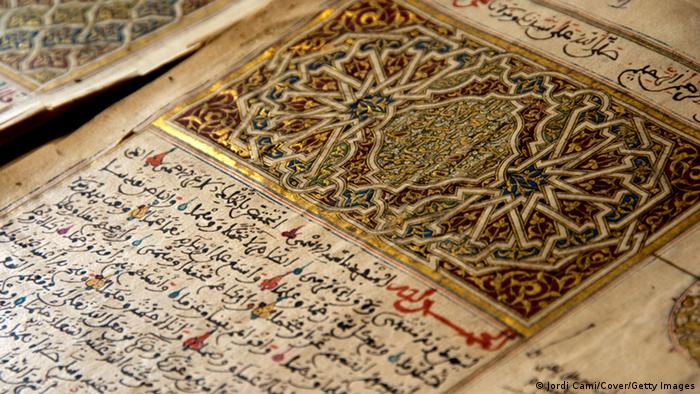 An ancient manuscript that was kept in Timbuktu

But Islamist extremists did not invent such tactics. During the wars in the former Yugoslavia in the 1990s, the picturesque port city of Dubrovnik and the famous Mostar bridge fell victim to the conflict. Dubrovnik, damaged by Serbian artillery grenades, was also a world heritage site. In 2013, the International Criminal Tribunal for the former Yugoslavia charged six Bosnian Croats with the destruction of the almost 450-year-old stone bridge in Mostar. But in this case, the proceedings were mainly focused on murder, rape, and forced displacement. The destruction of the bridge was more of a fringe aspect.

But the trial against Al Mahdi could set a new precedent. The suspected member of the Ansar Dine terrorist group was arrested in Niger, and brought to The Hague in September 2015. "This is about an ice-cold attack on the dignity and identity of an entire population group and their religious and historic roots," said chief prosecutor Fatou Bensouda in a preliminary hearing. Al Mahdi did not make a statement at the hearing.

In the meantime, the destroyed buildings have been rebuilt with the help of UNESCO and international donors. They were reopened several weeks ago with a festive ceremony and readings from the Koran.

Flittner, who represented Germany in Mali until June 2012, is not sure whether the majority of people in Mali are interested in following the trial in The Hague. "The case is very interesting for anyone in law, but I think that for the population, the reconstruction is more important," he said.

Malian troops have repelled an attack on a military post in Timbuktu that has left five people dead. German President Joachim Gauck is due in the country next week. (05.02.2016)