The crisis facing Myanmar's Rohingya shows no sign of abating. The US response has been muted, but Secretary of State Rex Tillerson is expected to press military leaders to end the violence in a meeting on Wednesday. 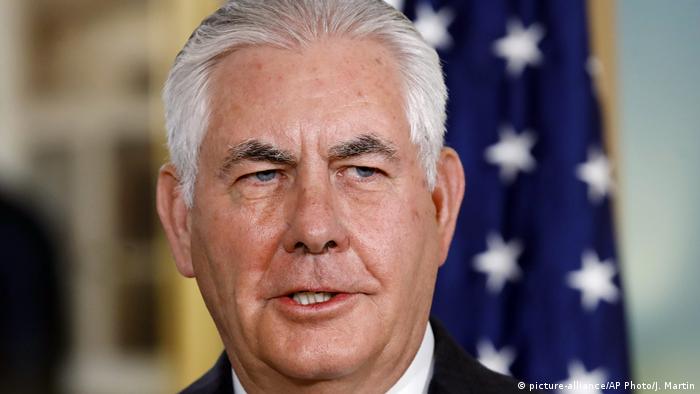 As part of his trip to Asia, Tillerson is set to visit Myanmar's capital, Naypyitaw, on Wednesday to consult with senior leaders over what the United Nations has called a "textbook example of ethnic cleansing." More than 600,000 Rohingya Muslims have fled Myanmar since late August, driven out in a brutal campaign by Myanmar's military in Rakhine state.

Despite international outrage and criticism of national leader Aung San Suu Kyi  – once hailed as the Nelson Mandela of Southeast Asia – for failing to halt the atrocities, the Trump administration has been muted in its response to the situation in  Rakhine, where Myanmar's Muslim Rohingya live, observers say.

The plight of the Rohingya

In late August this year, an attack by a Rohingya militant group that killed a dozen Burmese security forces triggered an unimaginable retribution: looting and burning of Rohingya villages, mass rape and extrajudicial killings. Almost half of the Rohingya who have fled across the border to Bangladesh are children.They refugees now find  themselves stranded in the border region, traumatized and unwanted by either side. Tillerson's visit comes at a time of mounting pressure on the Trump administration by senators in Washington demanding the government decry the ethnic cleansing overshadowing Myanmar's US-backed transition to democracy. They are also pressing for the reinstatement of economic and travel sanctions targeting the Myanmar military and its business interests. The sanctions were lifted under the Obama administration.

US relations with Myanmar

In 2012, Obama, as the first US president ever to visit the country, started reestablishing diplomatic relations with Myanmar, lifting sanctions as a reward for what seemed like a peaceful transition to a hybrid military-civilian government.

In his speech in Yangon, Obama did inject a note of caution though, referring to the complicated relationship the Buddhist majority has with the Rohingya Muslims, an ethnic, mostly stateless minority, who have lived in western Myanmar for hundreds of years. "The Rohingya hold within themselves the same dignity as you do and I do. National reconciliation will take time, but for the sake of our common humanity and for the sake of this country's future, it's necessary to stop incitement and to stop violence," Obama said.

But the violence didn't stop.

Both Republican and Democratic senators of have questioned whether President Obama prematurely lifted sanctions and expressed frustration at Washington's inability to stop the atrocities. 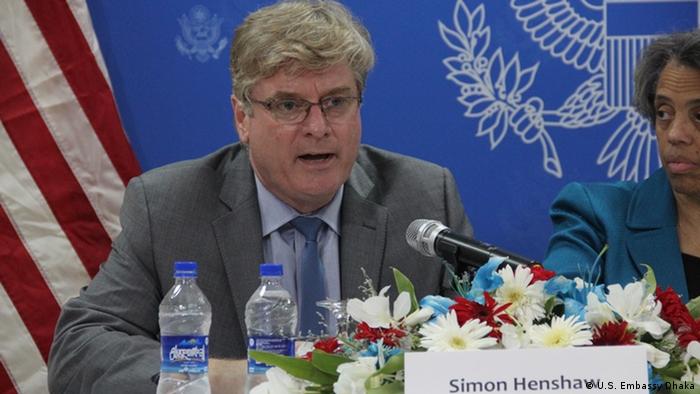 US diplomat Simon Henshaw: Rohingya should be allowed to return to Myanmar

At a recent special briefing, Acting Assistant Secretary of State Simon Henshaw described how  "many refugees told us, through tears, accounts of seeing their villages burned, their relatives killed in front of them" on his last trip to Myanmar. At the end of September, President Donald Trump said he wants the UN Security Council to take "strong and swift action" to end the violence and Vice President Mike Pence has decried the "savage" attacks against the Rohingya. Last month, Tillerson himself said "the world can't just stand by and be witness to the atrocities that are being reported in that area."

However, as the humanitarian crisis in northern Myanmar worsens, the international community and the Trump administration seem paralyzed. The administration's critical statements have been backed neither by strong action nor a clear strategy to stop the horrors.

Up to now, the US State Department has merely strengthened a few punitive measures aimed at Myanmar's army. At a senate hearing, Patrick Murphy, a senior US diplomat described broad sanctions and more targeted measures as being under consideration, but also stated the limited leverage the US has with Myanmar's military. Administration officials fret that punishing Myanmar too forcefully could undermine Suu Kyi's government and push her country away from the US and toward China.

It is unclear what steps the United States will take but hopes of human rights activists are high that Tillerson will deliver on his promise to "really hold the military leadership accountable for what's happening."