Till Lindemann on tour — without Rammstein

Rammstein singer Till Lindemann is touring without his band. Instead, he and Swedish metal god Peter Tägtgren are showcasing their new Lindemann album 'F & M' throughout a seven-week Europe tour starting February 4. 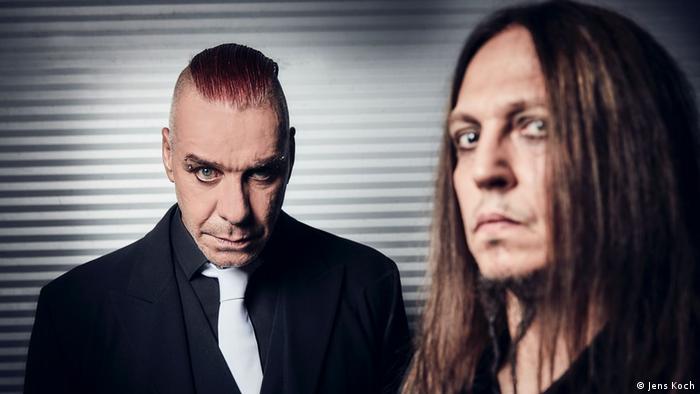 Till Lindemann's collaboration with Swedish multi-talent Peter Tägtgren had already been productive on the first album. Released in 2015, Skills in Pills proved to be a robust metal record with typical Lindemann vocals but English lyrics. Seeking to distinguish itself from the band Rammstein, the duo endeavored to do something musically independent at the time.

For that album, Lindemann opened up his entire horror cabinet — and in some cases even poked fun at himself. The reviews were mostly favorable — and the record was No. 1 on the German album charts. It was a major success for what looked like a one-off project by two friends who wanted to make music together.

Retreating into the metal studio

With the release of the new Rammstein album Deutschland and a major stadium tour through Europe, Till Lindemann had a busy schedule in 2019. Yet the singer, poet and artist still found time to join his friend and soulmate Peter Tägtgren in his "Abyss" studio retreat in a small village near Stockholm. The quiet house on a lake has been a mecca for metal bands for years. Amon Amarth, Sabaton, Amorphis and the Tägtgren bands Hypocrisy and Pain have produced there. Lindemann's first album was created there as well. 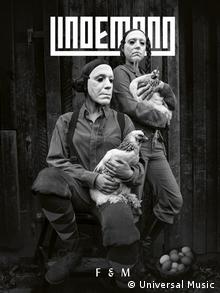 On the new album F & M, Till Lindemann retuns to vocals in German. The impetus came from a collaboration with Hamburg's Thalia Theater in Hamburg last year, where Lindemann and Tägtgren were commissioned to write the music for a modern and very dark version of the fairy tale Hansel and Gretel. That work inspired more songs: "We wrote one song after another, and suddenly felt unfettered," Lindemann explained in an interview with the Berlin daily Tagesspiegel. A new album was the result.

Now the duo are touring the album during a Europe-wide tour that begins in Hanover on February 4 and ends in the Russian city of Voronezh on March 23, with 20 dates in between.

That album boasts an enormous breadth of styles. First and foremost, it rocks. Many of the songs pound out on 12-string guitars, pumped up drums and bold keyboarding — what else would you expect from metal guru Tägtgren and the Rammstein frontman? — songs like Ich weiß es nicht, Steh auf and Allesfresser (I Don't Know, Stand Up and Omnivore). Mathematik is an electronic extravaganza already released at the end of 2018 together with German rapper Haftbefehl.

Lindemann describes what he and Tägtgren have unleashed on this record as an "insane fair" that extends all the way to tango and opera. Lindemann delivers his familiar speaking vocals with the rolling "r," alternating with whispers, screams and trills, but both the voice and the arrangement are more melodic and varied than with Rammstein. The arrangements were recorded by the multi-talented Tägtgren almost entirely on his own, as they had been with the first album. As usual, Lindemann confronts us with the dark side of the human psyche. Song titles include Blut (Blood), Allesfresser (Omnivore), Gummi (Rubber), Schlaf ein (Go to Sleep) —  and those acquainted with Lindemann's lyrics can imagine their subject matter. 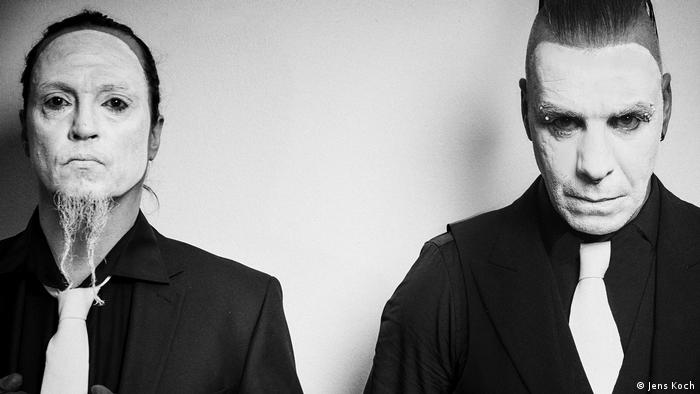 Lindemann at the campfire

Then, in the middle of it all, along comes something that sounds like a campfire song. Lindemann sings to an acoustic guitar in Knebel (Cudgel), but of course, something is off-balance — as becomes quite clear after two and a half minutes. As shock rocker, psychopath and destroyed mind, Till Lindemann is gloriously in his element. The video managed to shock even inured Rammstein fans and appeared only briefly online uncensored.

The German dates of the Lindemann Tour 2020 were sold out within minutes. The concerts in smaller venues (3,000-5,000 people) promise an intense experience, with closer proximity to the band than at the huge Rammstein stadium concerts. Lindemann and Tägtgren have been staying at the latter's Abyss studio for the last few weeks rehearsing for the tour, which will move through German cities as of February and also include stops in Stockholm, Helsinki, Prague, Vienna, Zurich, Paris, London, and in March, on to Russia and Ukraine, where tickets are still available.

At 56, Till Lindemann seems to have boundless energy. Together with endurance athlete and musician Joey Kelly, he embarked on a canoe trip across the Yukon, which in 2017 became an illustrated book of poems. Lindemann has also released two other volumes of poetry, Messer (Knife, 2002) and In stillen Nächten (In Quiet Evenings, 2013).

A product line run by Lindemann under the name "Doctor Dick" will soon launch a brand of vodka with labels adorned by a penis. That he enjoys depicting that particular body part has been evident in recent days in the German city of Erfurt, where an exhibition has some of his phallus sculptures on display.