African and Western nations have called for an urgent halt to fighting in Ethiopia as the conflict in Tigray marks one year. The US has sent a special envoy to the capital to push for cease-fire talks. 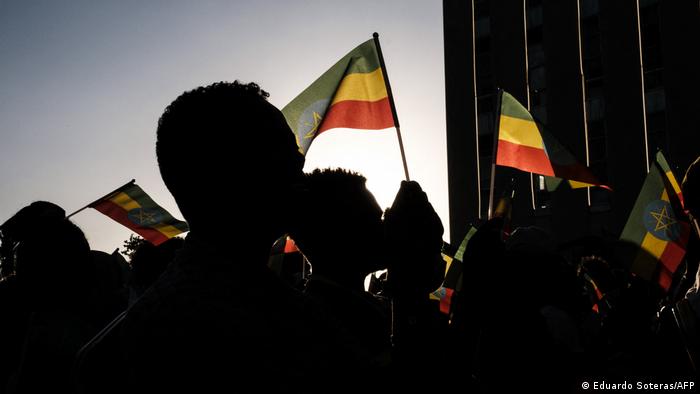 A memorial service for the victims of the Tigray conflict was organized by the city administration, in Addis Ababa, Ethiopia's capital

The European Union called for an immediate and meaningful cease-fire in Ethiopia on Thursday as Tigray forces set their eyes on the country's capital a year after the conflict in the northern Tigray region began.

Thousands of people have been killed and millions displaced in the war between government forces and the Tigray People's Liberation Front (TPLF) and its allies.

The EU warned of "fragmentation and widespread armed conflict," and urged the parties to start political negotiations without any preconditions.

The appeal echoed statements from the United States, United Nations and other African nations. It came as the US special envoy for the Horn of Africa, Jeffrey Feltman, arrived in Addis Ababa to urge the government to negotiate with Tigrayan and Oromo forces that have taken various key towns close to the capital.

UN Secretary-General Antonio Guterres said he had spoken to Ethiopian Prime Minister Abiy Ahmed "to offer my good offices to create the conditions for a dialogue so the fighting stops."

Ugandan President Yoweri Museveni announced that the East African bloc, the Intergovernmental Authority on Development (IGAD), would meet on November 16 to discuss the war.

African Union Commission Chair Moussa Faki Mahamat said he had spoken to US envoy Feltman about possible political solutions to the conflict.

Maria Gerth-Niculescu, a journalist in Addis Ababa, told DW that the US special envoy is trying to convince Ethiopia to stop fighting and start talking. "If the conflict continues, it can impact the political stability and economy [of the region]," she said.

How have the warring factions reacted?

Despite the international outcry, the Ethiopian prime minister has remained defiant.

An Ethiopian congressional aide told The Associated Press news agency that "there have been talks of talks with officials, but when it gets to the Abiy level and the senior [Tigray forces] level, the demands are wide, and Abiy doesn't want to talk.''

On Tuesday, Abiy declared a state of emergency across the country and urged citizens on social media to join in the fight to "bury" Tigrayan forces. The next day, Facebook took down his post, saying it violated its policies against inciting violence. 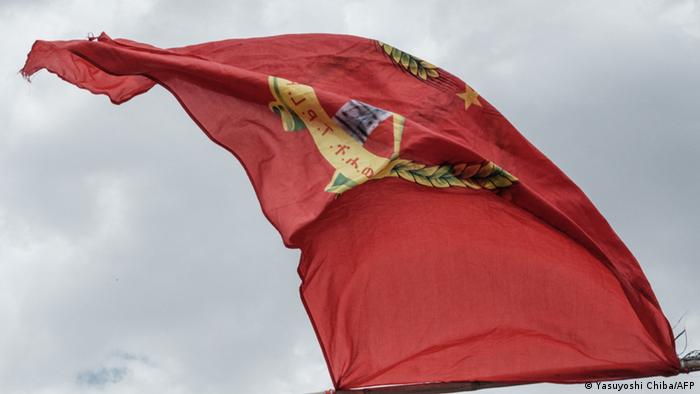 The emergency declaration came as TPLF spokesperson Getachew Reda tweeted that his forces had "joined hands" with their allies, the Oromo Liberation Army (OLA) to take the town of Kemise, 325 kilometers (200 miles) from Addis Ababa.

Over the weekend, the TPLF attacked two nearby towns on the road to the port of Djibouti in an effort to cut off supplies to the capital.

Ethiopian security forces have also intensified their arrests of ethnic Tigrayans in the capital.

A Tigrayan lawyer, who wanted to remain anonymous for fear of reprisal, told The Associated Press that authorities had detained thousands of people "from the four corners of the city." Like many others of Tigrayan descent, he has locked himself in his house in fear for his life.

How has the fighting affected the region?

The fall of Kemise in Amhara state is the latest development in a war that has killed thousands.

Over the last year, the TPLF has fought hard to gain control of the northern region of Tigray.

The government responded by increasing its aerial bombardment of key targets and stopping aid convoys to the region — a move aid agencies say has put 400,000 people in danger of famine.

The TPLF's push through Amhara has left towns without electricity and people drinking from rivers, said a university staffer called Alemayehu who fled the town of Woldiya.

The escalation in hostilities has prompted the US to allow non-vital embassy staff to leave the country.

A joint UN human rights investigation announced Wednesday that all sides have committed war crimes in the conflict.

The UN Security Council was set to convene to discuss the situation in Ethiopia on Friday.

Correction (November 4, 2021): A previous version of this article misspelled the names of Maria Gerth-Niculescu and President Yoweri Museveni. We have also clarified arrests being made of ethnic Tigrayans rather than TPLF supporters. DW apologizes for the errors

Opinion: Ethiopia at risk of Balkanization

Two years after Ethiopian Prime Minister Abiy Ahmed was awarded the Nobel Prize, his country is engulfed in a war with the potential to destabilize the whole region for decades to come, says DW's Ludger Schadomsky.