Ties with Pakistan under a new Afghan president | Asia| An in-depth look at news from across the continent | DW | 28.04.2014

Ties with Pakistan under a new Afghan president

Security analysts believe Afghan-Pakistani ties are crucial for peace and stability in the region. But will Kabul's relations with Islamabad improve or deteriorate after a new Afghan president takes charge? 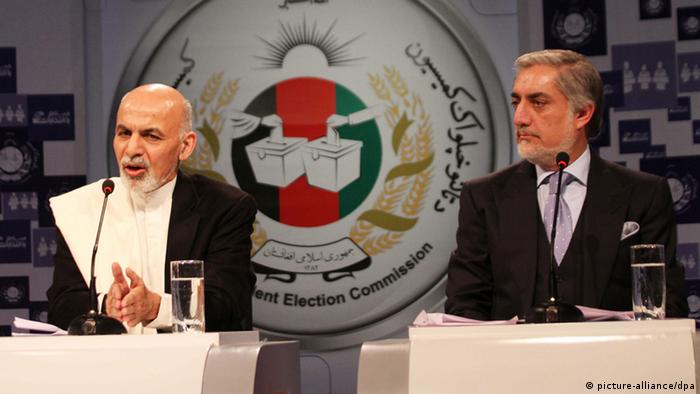 Afghan presidential elections are set to go to a run-off after none of the leading candidates received over 50 percent of the votes. According to the preliminary results, former foreign minister Abdullah Abdullah is in the lead so far with 44.9 percent. His opponent and former World Bank economist, Ashraf Ghani Ahmadzai, received 31.5 percent of the votes in the historic April 5 elections.

It is still unclear who will be the next Afghan president. What is also not clear is how the two candidates want to see their country's ties with Pakistan and the Taliban, who, according to many analysts, receive Islamabad's backing.

"Pakistan doesn't favor Abdullah because it believes he is close to its arch-rival India, and also because of his links to the anti-Taliban ethnic Tajik Northern Alliance group," Siegfried O Wolf, a South Asia expert at the University of Heidelberg, told DW. 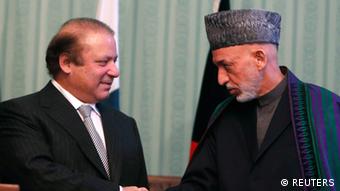 Karzai looked both ways, according to observers

"Abdullah enjoyed good ties with Pakistan in the 1980s and 90s when he fought against the Soviet Union. Later on, he became close to the Northern Alliance, which fought against the Taliban in 2001," Nils Wörmer, the head of Konrad Adenauer Foundation's Kabul office, told DW. "Therefore it is not clear whether Abdullah's former ties to Islamabad or his Northern Alliance background would determine his future relations with Pakistan."

Unlike Abdullah, Ghani does not have a direct connection to Pakistan, which makes it hard to assess his future actions, says Wörmer. "But [Ghani] Ahmadzai has repeatedly said that improving ties with Pakistan is one of his goals," the expert added.

Abdullah must become a symbol of Afghan unity

Abdullah remains a favorite in urban areas and in the Persian-speaking north of the country. But should he win the runoff election, he has the potential to divide the country, says DW's Florian Weigand. (26.04.2014)

Abdullah wouldn't 'compromise on the Taliban'

Experts believe only a very small number of Afghans support Taliban ideology. If the insurgent group wants to truly integrate into Afghan society, it should change its politics. (16.04.2014)

Islamabad-based journalist, Irfan Haider, thinks Abdullah's past won't influence his policies if he gets elected, and that he will act maturely. "If Abdullah becomes president, he will definitely be different from Karzai. He will have good relations with India but not at the expense of damaging ties with Pakistan."

Jochen Hippler, a political scientist at the University of Duisburg-Essen, shares Haider's views and says that Afghan-Pakistani ties will be influenced by public opinion in Afghanistan, and that "but both candidates are pragmatic enough to understand that a minimal positive relationship with Islamabad is crucial for a peaceful Afghanistan."

Wörmer says that Pakistan's Afghanistan policy is controlled by the nuclear-armed country's powerful army and it's equally ubiquitous Inter-Services Intelligence (ISI) spy agency. The Af-Pak expert believes that both Abdullah and Ghani will have to prove that they are capable of dealing with the Pakistani military establishment - something that Hamid Karzai failed to do.

"If the next president wants to transform relations with Islamabad, he will have to prove that he is in charge of things," said Hippler, who believed Karzai was looking to both sides in order to stay in power. Hippler told DW this would no longer be sufficient.

Experts also say that the Afghans no longer want another "ambivalent president" like Karzai, who called the Taliban his "brothers" and also pledged to fight against them.

But a lot depends on how the two Afghan presidential candidates plan to deal with the Taliban. Both Abdullah and Ghani want to have a dialogue with the Islamist insurgents, but Abdullah does not want to compromise with the extremists on all costs - unlike the later.

"The majority of Afghans want lasting peace but I have no doubt that most of them are against Taliban ideology. We are not prepared to compromise to please a small number of militants," Abdullah told DW in a recent interview. 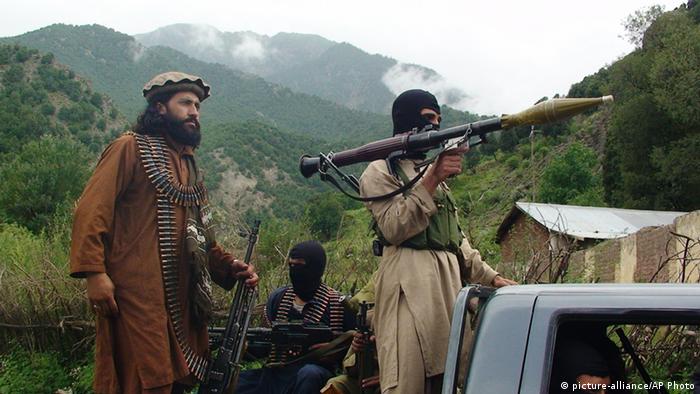 To what extent are Abdullah and Ghani prepared to accomodate the Taliban?

The Pakistani establishment, analysts say, still considers the Taliban an important ally and representatives of the majority Pashtun Afghans who it thinks should be part of the Afghan government after the NATO pullout. Observers say that the Pakistani military establishment hopes to regain the influence in Kabul it once enjoyed before the United States and its allies toppled the pro-Pakistan Taliban government in 2001.

For that reason, Islamabad would like to see Ghani come into power in Afghanistan.

The former finance minister of Afghanistan has a softer approach towards the militants. His vice presidential candidate, hoewver, is a former warlord who is known to have fought against the Taliban in a long and bitter war.

"We believe that we have to make concessions at all levels if we want to achieve lasting peace," Ghani told DW. "We will try to involve religious and tribal leaders, and civil society organizations in the peace process. If I get elected, my government will promote a culture of acceptance and non-violence in the country."

Haider believes that negotiations with the Taliban - which Ghani supports - could have a positive effect: "I think a large number of the Islamists will lay down their weapons if Ghani assumes power. On the contrary, the Taliban will never make peace with Abdullah."

Take it as it comes

Pakistani researcher and rights activist Nizamuddin Nizamani said Islamabad should modify its Afghanistan policy and stop preferring one presidential candidate over the other.

"Reconciling with Abdullah, for example, would be a good gesture and may lead to a politically stable Afghanistan," Nizamani told DW.