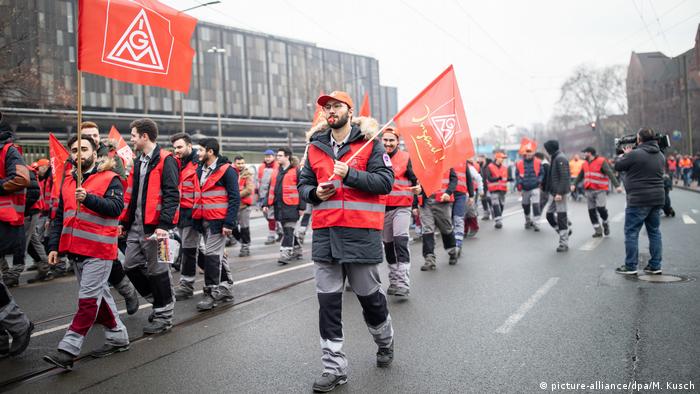 Thousands of Thyssenkrupp employees protested outside in Duisburg on Sunday.

The protest took place as Thyssenkrupp's supervisory board, with new Chief Executive Martina Merz, convened and declared it had "limited" room for manoeuver but swore its belief in "the future of steel."

Its plan includes 2,000 steel layoffs among 6,000 jobs globally — due when a collective agreement precluding redundances runs out at the end of the year.

Labor representatives, who want that contract extended, say a management pledge to invest €570 million ($632 million) in the steel division needs to be tripled to revive Thyssenkrupp's market chances.

"My initial feeling is that it [the company's outlay] won't be sufficient," said Knut Giesler, trade union head for the IG Metall in NRW.

In June, the EU's competition authority blocked a merger with India's Tata Steel after Thyssenkrupp stakes in steelworks in Brazil and the USA initiated in 2006 and 2007 failed to pay off.

Addressing workers, Nasikkol accused the diversified concern of treating its steel workers as "grubby kids" and omitting repairs or only making makeshift fixes.

"Now it's time that money flows back," said Nasikkol, stating that steel had poured €3.5 billion ($3.9 million) in profits into concern coffers in the past decade.

Thyssenkrupp, with some 160,000 employees worldwide, has faced years of hard competition in a market closely dictated by global economic trends, cheaper pricing by foreign rivals, and environmental regulations. 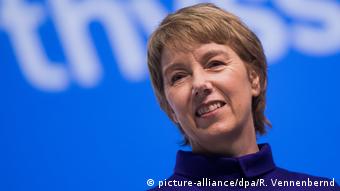 Employees plan another demonstration on Wednesday at Thysenkrupp's parent company headquarters in Essen that also oversees  its elevator division.

Everyone is talking about the dangers of man-made carbon. Yet getting businesses to get it out of the environment is a Herculean task. Still new CO2 mitigating production ideas may be around the corner for steelmakers. (29.07.2019)

Thyssenkrupp steel feels the heat as European industry finds itself at decisive moment 20.10.2020

The German industrial giant Thyssenkrupp intends to sell its struggling steel business, although what deal will be done remains uncertain. What is clear is that the steel business in the EU as a whole is changing.