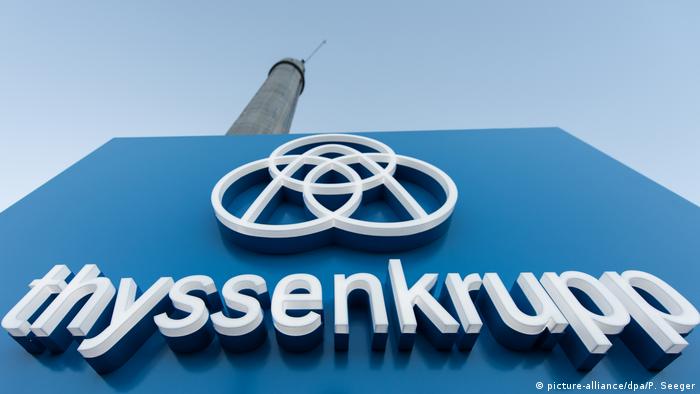 German industrial giant ThyssenKrupp on Thursday said it had filed a complaint with an EU court against the European Commission for blocking its plan to merge with Indian group Tata Steel.

In June, the Commission vetoed the deal, saying the proposed merger would have "reduced competition and increased prices for different types of steel."

The EU's executive arm also found that the potential solutions put forward by ThyssenKrupp and Tata Steel were insufficient to address the problems.

"We regret the European Commission's decision and regard it as too far-reaching and wrong," said Donatus Kaufmann, a member of ThyssenKrupp's board. "That is why we are filing a complaint."

Thyssenkrupp filed the complaint with the General Court of the European Union (EGC), saying that it "does not share these concerns" and that "the Commission has for the first time set out a restrictive market definition that unduly extends the scope of the existing competition law."

The company also claimed the European Commission had failed to take into "adequate account the structural importance of imports into Europe."

"Overcapacities and high import pressure from Asia create an environment in which the planned joint venture with Tata Steel would not have impaired competition," Kaufmann said.

The European steel industry has been hit by a wave of problems, including overcapacity, cheap Asian imports and harsh US tariffs.

The European Commission has launched an in-depth investigation into the planned creation of a joint venture between Tata Steel of India and Germany's thyssenkrupp. It voiced concerns over reduced competition. (30.10.2018)

ThyssenKrupp: Is two more than one?

Thyssenkrupp was already undergoing a difficult restructuring process and had slashed 6,000 jobs last year. The coronavirus pandemic has been "a massive stress test" for the company, CEO Martina Merz said.

The London-based firm says it has made a non-binding offer for Thyssenkrupp's steel activities. Amid talk of state intervention, the German conglomerate is reportedly in talks with two other rivals over a sale.

Industrial giant Thyssenkrupp has ruled out government participation to support it during the COVID pandemic, an option favored by unions but judged too costly by management.