More than 4,500 flights were scrubbed globally over Christmas weekend as staffing shortages and rising cases of the omicron variant of COVID-19 shadowed holiday spirit. 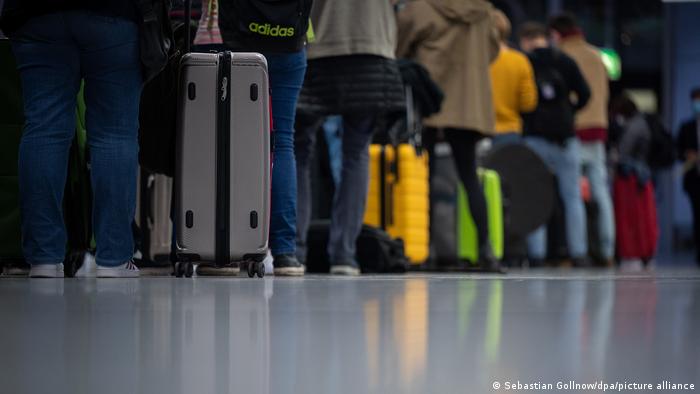 Commercial airline carriers canceled over 4,500 flights across the globe over the Christmas weekend, as surging cases of coronavirus owing to the spread of the omicron variant put a damper on festivities and travel plans.

According to data from flight-tracking platform FlightAware.com, at least 2,401 flights were called off on Christmas Eve, which fell on Friday and is usually a busy day for air travel.

An initial 1,900 flights were scrubbed on Christmas Day globally, with more than 500 cancellations also scheduled for Sunday.

US flights impacted the most

Flights within, into and out of the United States constituted more than a quarter of all the canceled flights over the holiday weekend, figures from FlightAware showed.

United Airlines and Delta Airlines scrapped over 300 flights combined on Friday, citing a staff crunch due to rising COVID-19 infections.

"The nationwide spike in omicron cases this week has had a direct impact on our flight crews and the people who run our operation,'' United said in a statement.

"As a result, we've unfortunately had to cancel some flights and are notifying impacted customers in advance of them coming to the airport,'' the airline added.

In the United Kingdom, several industries and travel networks were also facing personnel shortages as sick workers went into self-isolation.

German airliner Lufthansa announced on Friday that it was calling off scores of long-haul transatlantic flights scheduled over the Christmas vacation due to a "massive rise'' in sick leave among pilots.

Lufthansa said it could not determine whether COVID-19  infections or quarantines were responsible for the leaves as it was not informed about the sort of illness.

Meanwhile, in Australia, airliner Jetstar said many of its employees had to get tested and quarantined because of rising infections, causing last-minute cancellations and delays.

Christmas festivities were marred by COVID-19 for a second consecutive year as churches from Bethlehem and Frankfurt to London and Boston canceled or scaled back services.

In Germany, churchgoers saw strict COVID-19 restrictions and caps on attendance. Some had to show proof of vaccination or testing.

Frankfurt's cathedral, which has a capacity to seat 1,200 people, allowed only 137 socially distanced spaces, all booked in advance, while singing was allowed only through masks.

In the Belgian city of Antwerp, people hung Christmas trees upside down from windows to protest the closing of cultural venues.

Meanwhile, in Bethlehem, which hosted thousands of Christian pilgrims from all over the world before the pandemic, the scene was more festive compared to last year.

Hundreds of people trickled into the Manger Square as bagpipe-and-drum bands marched through.