Some 5,000 supporters of the right-wing Alternative for Germany (AfD) have protested in Berlin against Germany's refugee policy. The demonstrators called for Chancellor Angela Merkel to step down. 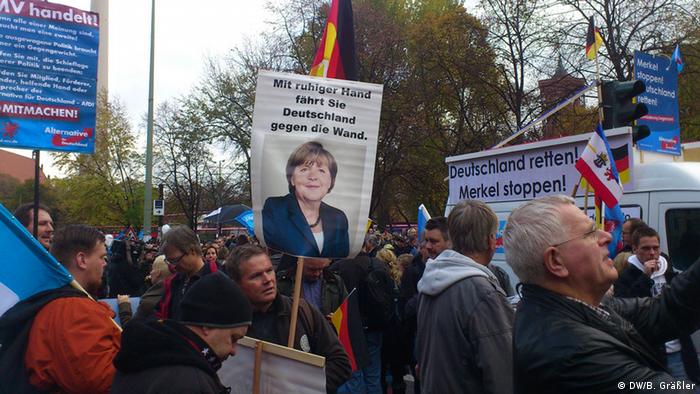 Among the speakers at the rally were AfD head Frauke Petry, the deputy party leader Alexander Gauland and MEP Beatrix von Storch.

As AfD rally marched through Berlin and the capital's government district on Sunday, protesters were heard shouting "Merkel has to go" and "We are the people" - chants which have also become popular at demonstrations held by the the right-wing movment PEGIDA (Patriotic Europeans Against the Islamization of the West) in recent months.

A number of neo-Nazis were reportedly spotted among the AfD protesters.

On passing the Federal Press Association, where several German and foreign media are based, the crowd chanted "lying press." 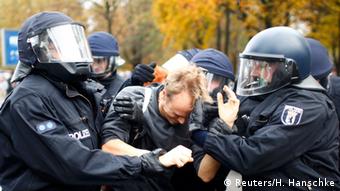 The number of counter-protestors in Berlin on Saturday was much lower than previously expected, with just 800 demonstrators accounting for across five anti-AfD demonstrations. Ahead of the protests, an alliance of political parties, trade union and intiatives had estimated up to 7,000 participants.

There were reports of clashes between left-wing protesters and the 1,1000-strong police force, after some demonstrators attempted break through a police barrier to block the path of the AfD march. Officers responded with batons and pepper spray. An attempted sit-in was also cleared by police.