A politician from Germany's center-right Christian Democratic Union (CDU) is now the face of German Catholics. Heading their council of lay people, he has vowed to play an active role in the political debate on Islam. 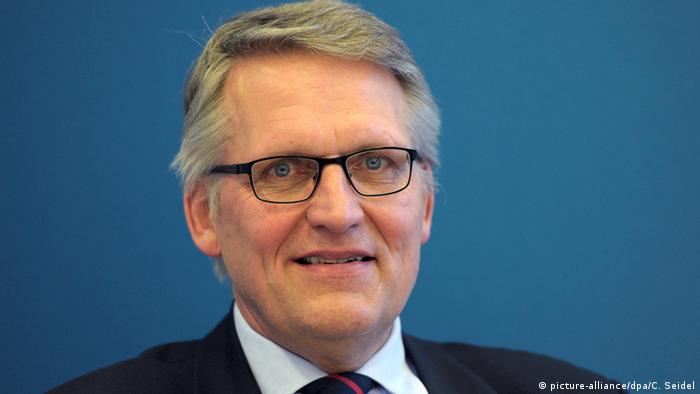 In a plenary session on Friday, the Central Committee of German Catholics (ZdK) selected Thomas Sternberg 110-80 to succeed its current president, Alois Glück, who has served since 2009.

Glück's term was characterized by revelations of sexual abuse by Catholic priests, a crisis he described as a turning point for the church.

"Without this shock, the loss of trust and the insight that it can't go on like this, an entire series of positive changes wouldn't have happened Germany's Catholic Church," the 75-year-old Glück told news agency KNA earlier this month.

His successor, Sternberg, is a theologian from the western state of North-Rhine Westphalia, which has the second largest Catholic population - just over 40 percent - in the country after Bavaria. The 63-year-old has served as a CDU member of state parliament since 2005. He also has continued to direct the Franz Hitze House, a Catholic center for socio-political discourse funded by the diocese of Münster, during his political tenure.

The ZdK acts as liaison between Germany's 23.9 million Catholics, society and politicians, a task which has grown difficult with a widening gap between social norms and Catholic theology.

Sternberg said his first priority would be to support understanding with the Muslim community.

"The people that are deeply rooted in their beliefs are the best ones to conduct such dialogue," he said.

Germany's Muslim community is identified to a great extent with its Turkish minority, which accounts for roughly 18.5 percent of the population. In recent years, relations with members of the Islamic faith have grown shaky as some in Germany fear the impact of conservative Muslim values on the country's comparatively socially liberal laws. The increased influx of Muslim refugees has reenergized the debate on whether Islam is part of the German culture.

In the aftermath of the Paris attacks, fears of an "Islamic State" terror attack have exacerbated suspicions of the Muslim community even further, with a number of false bomb threats - including one that forced the cancellation of a Germany-Netherlands friendly match on Tuesday - bringing life to a halt.

Pope's visit was aimed at conscience of German Catholics

At the close of his visit to Germany, Pope Benedict XVI rejected all calls for reform of the Catholic Church and instead demanded more loyalty from his followers. DW's Bernd Riegert takes a look at the papal visit. (26.09.2011)