This way home: A dog's magnetic sense of direction

Dogs are known for their navigation skills. As with birds, cats and fish, dogs can find their way home from almost anywhere. We just don't know why. 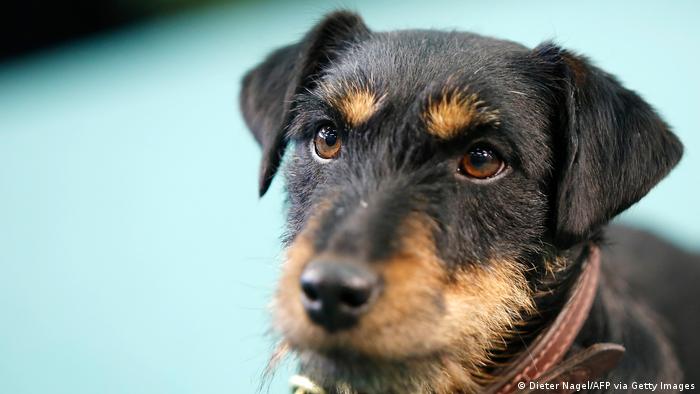 It would take you or me three days straight, walking without a break, to go the 350+ kilometers (217 miles) from Savoie in the French Alps to Nimes in the country's south. And we would probably need a GPS device to navigate our way.

Well, we're not dogs, are we? But that is a shame in this case, because a 2-year-old hunting terrier called Pablo walked that very journey, finding his way all by himself.

Pablo was on a camping vacation with his family when he went missing at a pit stop on the French-Swiss border.

A few days later, he resurfaced at the family home in Nimes — hundreds of kilometers away. The question is: How did he do it?

We have known about canine navigation skills for years. Perhaps we even envy dogs for their sense of direction. We've certainly used them for it: During World War I, for instance, European armies used dogs as messengers, letting them carry letters and instructions to the dangerous front lines.

But there is little research into why canine navigation skills are so good. Scientists have studied other animals, such migratory birds and reptiles, far more than dogs.

"Our knowledge of dogs' sense of direction is mainly anecdotal," says Hynek Burda, zoologist at the Czech University of Life Sciences.

Burda says we've assumed in the past that dogs rely on a sense of smell to find their way. But that is starting to change, as he and his team have a compelling theory.

They think dogs may use the Earth's magnetic field.

It all goes back to 2013 when Burda noticed that dogs crouched down to defecate or urinate in a north-south orientation.

Burda's team ran a study and came up with a possible explanation: that dogs can sense the Earth's magnetic field. That sense is called magnetoreception — it's like an internal compass.

They were left wondering whether dogs could use that internal compass to find their way around. And seven years later, the team collected its first evidence to suggest that, indeed, dogs can.

Using GPS, they analyzed the routes that hunting dogs took to return to their owners after they had chased an animal over unfamiliar terrain.

They were surprised to learn that those dogs that walked back via a new route — instead of retracing their steps — had started off by running along a north-south axis for about 20 meters (65 feet) before choosing a way back. Burda calls it the "compass run."

"We think dogs do the run to recalibrate an internal compass, like a navigation system in a car that needs a few seconds to figure out the car's location," says Burda.

Those dogs that performed a compass run ended up returning to their owners via a more efficient route than the others.

Can dogs sniff out cancer?

The same internal dog compass is what might have saved Ziggy's life.

One night, a few years ago, the Jack Russell Terrier strayed from his family's home in Ireland. After crossing through a forest, he reached a road and was hit by a car.

But despite being unable to move his back legs, Ziggy made his way home.

His owner, Tom Prendergast, saw Ziggy appear from the pitch-black night, dragging himself up the driveway.

"I was surprised he was able to find his way back in his state. But I also always knew he had a great sense of navigation. I'd trust him to find home from pretty much anywhere," said Prendergast of the experience. 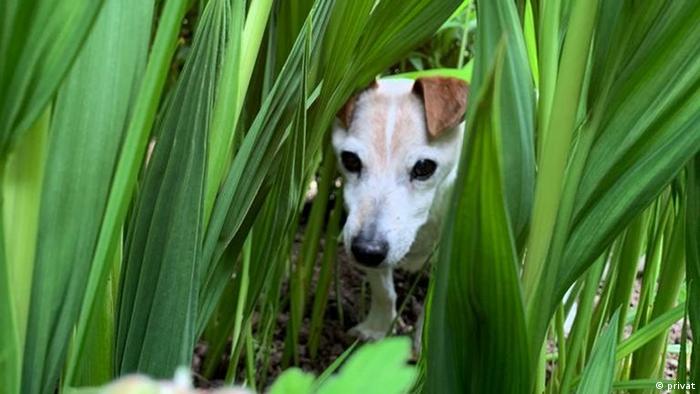 Ziggy, a Jack Russell, survived being hit by a car and found his way back

If Ziggy used the Earth's magnetic field to guide him home, he's clearly not the only dog to have done it.

But other animals seem to have a similar ability, too. The problem is that those internal compasses are still a bit of a scientific mystery.

Navigators of the sea

Salmon are some of the most remarkable navigators known to science.

After hatching in a freshwater river, salmon set off on an epic journey in the North Atlantic Ocean. The journey can last years, sometimes covering up to 9,000 kilometers, before the fish turn around and head back to the natal stream where they breed.

Scientists have found small deposits of magnetite — a magnetic mineral — in the sinuses of salmon. So scientists think salmon may have a compass in their nose.

In a book called Nature's Compass, James and Carol Grant Gould say salmon navigate their impressive trek by pairing information from their internal compass with other information collected from their surroundings as they swim, such as cues from natural light or the stars. 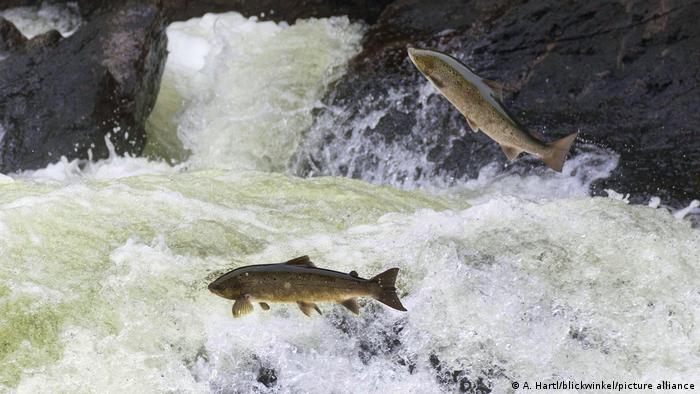 After travelling the ocean, salmon navigate back to the rivers and streams where they were born

Steering with all senses

A dog's sense of navigation may be less sophisticated than that of salmon, but they do use similar cues — things they hear, see, and smell.

"They don't rely on a single mechanism but use lots of senses and experiences at the same time," says Jaqueline Boyd, a senior lecturer in Animal Science at Nottingham Trent University.

For short distances, canines visualize landmarks and navigate towards them. That's what scientists think Ziggy did when he spotted the lights of his home in the distance.

But for longer journeys, they think animals may use a more elaborate system.

Salmon have an extraordinary sense of smell, just like dogs. They can detect a tiny drop of water from the stream where they were born, even if it's mixed with thousands of liters of seawater.

Dogs, meanwhile, are particularly sensitive to the scent of the people in their lives.

"There is definitely a very strong evolutionary bond between dogs and their people," says Boyd.

Among a cluster of smells, their owner's scent will stand out.

"Dogs are very good at sticking their noses in the air and finding the source of whatever scent they pick up," says Boyd.

Scientists are only just starting to open and understand what is inside the black box of dog navigation. But from every gripping story we hear about a lost dog that's found its way home, we all learn a little bit more about our four-legged friends.

Confounding theories that cows are not too bright, German researchers at the University of Duisburg-Essen have found out that our bovine buddies actually have a spot-on sense of direction.

The high flyer - These ducks cross the Himalayas

They fly at altitudes, eight times higher than the tallest building in the world. Ruddy shelducks are duck-like birds that boldly fly where no duck has flown before.

It's a wondrous spectacle: Each year countless monarch butterflies migrate thousands of miles south. The insect relies on its remarkable sense of direction — but numerous impacts are putting the insects off-track.