Theresa May′s cult of personality | Europe| News and current affairs from around the continent | DW | 22.05.2017 A party political broadcast for the Conservative Party currently being shown on British television barely mentions the party. It features leader Theresa May giving a speech, as inspirational music plays in the background. At the end of the broadcast, large text asks "Theresa May - or Jeremy Corbyn?" The Conservative Party's emblem is displayed in a much smaller font.

This mirrors a wider strategy by the Conservative Party, as Britain heads toward a snap general election on June 8.

The motivation for this strategy is clear from the polls, which suggest that the Conservatives have the support of around 40 percent of voters, but that 61 percent believe May is the best choice for prime minister, compared with just 23 percent who support Labour leader Jeremy Corbyn for the job. This makes May's popularity rating higher than Margaret Thatcher's or Tony Blair's at their peak (48 percent and 52 percent respectively).

"While the sensible remnants of the Labour Party seek to obscure toxic Corbyn during the campaign, the Conservatives are going to astonishing lengths to obscure their own party behind their leader," says Sophie Gaston, head of international projects at the left-leaning think tank Demos. "The strategy has a clever rationale - the polls show that May leads Corbyn among every demographic, while the Tory party itself will remain perennially toxic for some portions of the electorate." 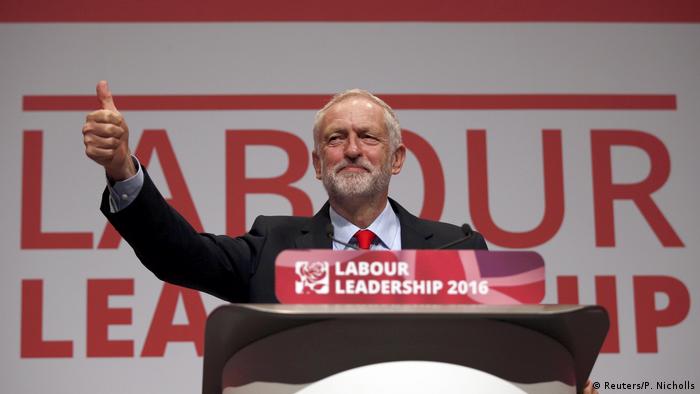 Many pundits say Corbyn is fighting a losing battle

Notwithstanding her popularity among voters, in recent weeks May has been mocked in the media for her repetition of the phrase "strong and stable leadership."

This points to one of May's weaknesses; she is often characterized as robotic and awkward, and has refused to take part in televised debates with other party leaders ahead of the election.

"She is held to be possibly humorless, rather severe, perhaps unflinching, but that is currently being presented as strength and stability," says Matthew Cole, lecturer in history at Birmingham University. "At the moment these weaknesses are not seen as terribly important - and not as significant as being unable to lead one's party, being unrealistic in policy and being inexperienced, which are Corbyn's perceived weaknesses," he told DW.

Outside political and media spheres, May's reliance on sound bites does not appear to be damaging. "The message is tiring for us in Westminster, but as the Leave campaign showed during the referendum last year, and Trump demonstrated to great effect, a simple message can hold powerful salience when voters reach the ballot box," Gaston told DW.

May's traditionalist image may also be standing her in good stead. "She embodies values and attitudes which a big chunk of the country hold - she's traditional, socially conservative, has a skepticism toward the EU, immigration, and has a provincial outlook, especially compared to [former Prime Minister David] Cameron and [former Finance Minister George] Osborne. That plays well with large swathes of the country," says Oliver Patel, research associate at University College London's European Institute.

The Conservatives' manifesto pledges slashing immigration and drastic changes to social care. But until this point, the campaign has been noticeably slim on policy detail. "May has claimed she owns the mandate of the referendum, and that's what makes her different from any previous prime minister going into an election," says Cole. 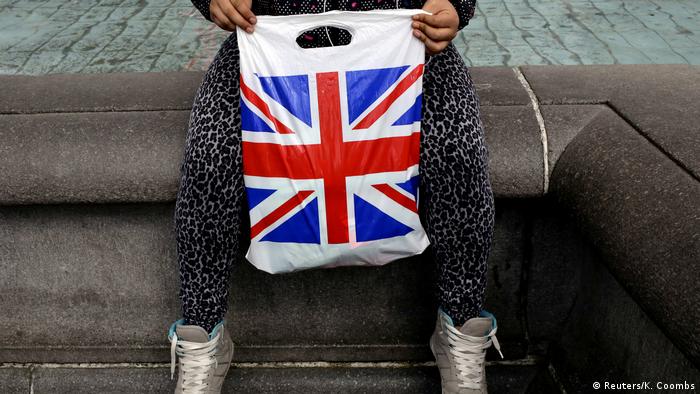 Although the referendum on leaving the EU was very close, opinion polls indicate that now, a substantial proportion of those who voted Remain want to see the result honored. This means that the Liberal Democrat's strategy of standing on an anti-Brexit platform is likely to be unsuccessful. "Most people just want to see her get on with it," says Patel. "The Conservative strategy is not to focus on the two parties but the two leaders - not even on policy, but who do you want in number 10, who do you want negotiating Brexit."

Of course, encouraging voters to make their decision based primarily on the personality of a leader carries risks - particularly if that person becomes toxic, as was seen in the case of both Thatcher and Blair. But given the weakness of the opposition and the size of the Conservative's poll lead, this strategy seems likely to be effective in this election at least.

"It is almost impossible to imagine a scenario where the Tories do not win this election - the question is simply how large the prime minister's mandate will be and whether the damage to Labour will be irreversible," says Gaston.