The women of Boko Haram: Driven to extremism

In Nigeria, Boko Haram is recruiting women and girls to carry out suicide bomb attacks. NGOs and the Nigerian government are working to rescue these women and reintroduce them to society and their families. 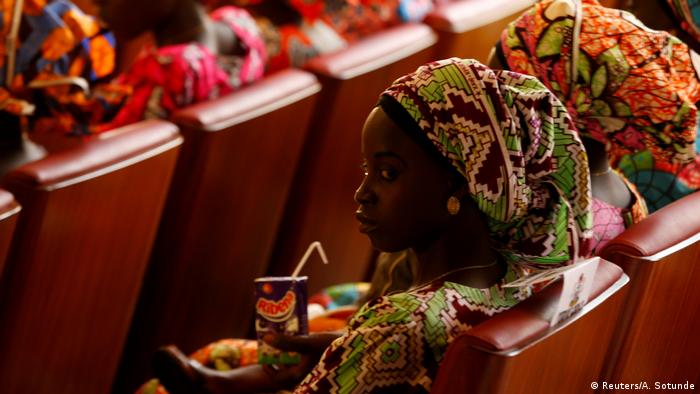 Boko Haram has been fighting to create a hard-line Islamic state in northeast Nigeria since 2009. The group began using women as suicide bombers in 2014.

According to the Foundation for the Defence of Democracies (FDD), since 2014 there have been at least 123 female suicide bombers connected to Boko Haram, many of whom were forced to commit attacks.

The use of the girls as suicide bombers is a stark reminder of how insurgents target vulnerable girls and women. So what drives the young women to join the Islamist group?

Zariyatu Abubakar, northeast coordinator of the Women Situation Room Nigeria, a non-governmental organization, said that there are a number of factors that come into play.

"There is ignorance and secondly there is poverty and also the men who lie to them to find a way of attracting them towards these acts," she said.

WFP's Chief Economist Arif Husain tells DW the humanitarian situation in Nigeria is far worse than anything he's seen. At a donor conference in Oslo, the UN had appealed for food aid for nearly three million people. (04.03.2017)

Tens of thousands of Nigerians who fled to Cameroon to escape the Boko Haram insurgency could be voluntarily repatriated under an agreement signed by the UN refugee agency, UNHCR. (02.03.2017)

Amid a threat of famine and the Boko Haram insurgency, diplomats from the UN Security Council are visiting the troubled Lake Chad region. Around 2.3 million people have been displaced by the seven-year conflict. (02.03.2017)

According to Human Rights Watch, Boko Haram has kidnapped an estimated 2,000 girls and women since 2009, subjecting them to rape, forced labor and marriage.

These captives include the more than 200 schoolgirls kidnapped from Chibok. Their abduction in April 2014 got global attention via social media and the hashtag #BringBackOurGirls.

Abubakar said that the ongoing work in the region to achieve gender equality and empower all women and girls is the key to get them out of this situation.

"We support girls to go to school and we try to encourage them to find the means of empowering themselves so that they don't become dependent on people that are likely to push them toward bad behaviors," she added.

The Nigerian government has introduced a program which works to deradicalize former female members of Boko Haram. Borno State Governor Kashim Shetima said that the program also helps the women reunite with their families.

"We keep them in a house and we de-radicalize them, empower them and also give them psycho-social support. We also reunite them with their families," Shetima said.

How to contain terror

Unfortunately, according to Manji Cheto, the senior vice president of Teneo Intelligence, it is difficult to determine how many women and girls have been recruited into Boko Haram and the reasons they have been used as suicide bombers. 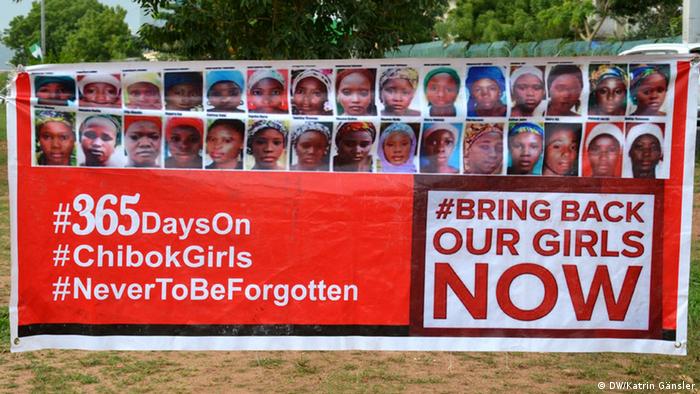 She believes that while some widows of Boko Haram fighters and others who have family members in the group have carried out these attacks willingly, most have been coerced.

"A lot of these girls are as young as 13," she said, "and that leads us to believe that many of them are coerced against their will."

Cheto applauds the current programs that are trying to reintegrate and re-educate the women and girls who have been rescued from Boko Haram. However, she thinks that as long as the militant group continues to exist, the risk for women and girls in the regions persists.

"To really deal with the situation, [authorities] would have to address and contain the insurgency itself," she said.