The Untold Story of Otto Warmbier

US student Otto Warmbier was sentenced to 15 years in a North Korean labor camp in 2016. Warmbier was released the following year, but he died of brain damage shortly after his return to the United States. 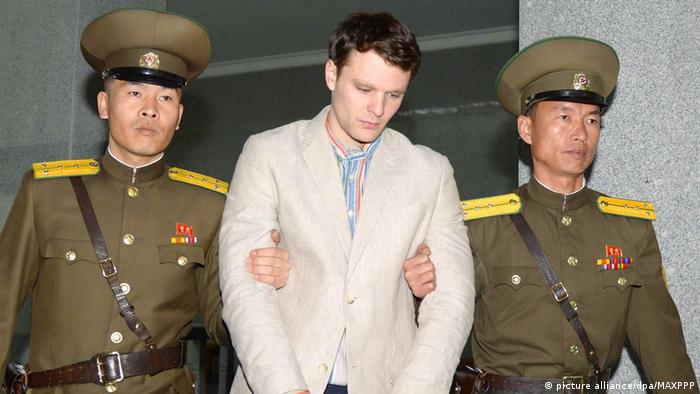 Was he really the victim of torture?

Otto Warmbier was sentenced to 15 years hard labor in 2016 after being convicted of attempting to steal a propaganda poster during a trip to Pyongyang. Just over a year on he was dead, having been sent home to the US in a vegetative state. US President Donald Trump tweeted that he had been "tortured beyond belief " in North Korea. The US president blamed both the North Korean leader Kim Jong Un and the Obama administration for Warmbier’s death - and Trump appeared before the media with the student’s parents. 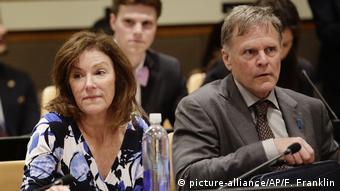 This was at the peak of the North Korean missile crisis. Later, as relations between Trump and Kim Jong Un became warmer, the US president changed his tune. In 2019 Trump said that he believed that Kim did not know what happened to the US student much to the consternation of Warmbier’s parents.

What really happened to Otto Warmbier in North Korea? Veteran foreign correspondent Klaus Scherer sets out to try to find out. In the documentary, Scherer interviews a number of people with knowledge of the case who have been largely unheard up to now. He shows that a US court investigating a liability case against North Korea brought by Warmbier’s parents also ignored important witnesses, who continue to cast doubt on the torture allegations.

These include the coroner in Cincinnati who examined Warmbier’s body. She believes that the account given by North Korean doctors is credible. They claim that Warmbier had inadvertently been given too high a dose of sedatives by prison staff. This, the medics say was the cause of his state of unresponsive wakefulness. Could Trump’s initial torture charges simply have been motivated by political opportunism?