The Shanghai Stock Exchange: where the state does its trading | Asia| An in-depth look at news from across the continent | DW | 25.08.2015

The Shanghai Stock Exchange: where the state does its trading

The troubled Shanghai Stock Exchange is one of the most important share markets in the world. While private persons have been allowed to trade at the SSE since 1990, the weighty players are all from the official side. 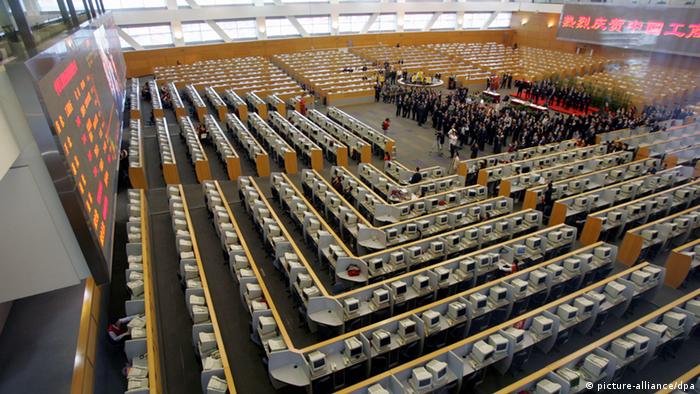 As of June 2015, there were 1,063 companies listed with over 3,700 stocks and bonds at the Shanghai stock exchange (SSE), which was founded in 1990. There are two types of shares issued at the SSE: the A-shares - in local renminbi or yuan currency - are issued by Chinese companies and can be traded solely by institutional and private investors from Mainland China (barring Hong Kong and Macau).

The B-shares are issued by Chinese companies and, while formally quoted in renminbi, they are traded in US dollars. Foreigners - both persons and institutions - including Hong Kong, Macau and Taiwan residents, as well as Chinese citizens holding US dollar accounts abroad are allowed to trade in B-shares. 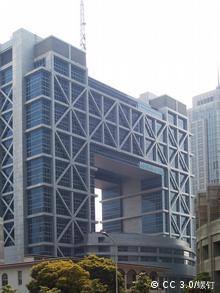 The Shanghai Composite Index comprises both A- and B-shares. It is based on the current share prices and the market capitalization of the listed companies. On Tuesday, August 25, the SSE index sank to 2,964 points - the lowest level since 2007 - following a rout in Chinese stocks over the past several days.

But despite the recent losses, the index currently stands higher than the lowest point to which it sunk in the past 52 weeks - to around 2,200 points.

Excited about the possibility of making big money, many ordinary Chinese - retirees, pensioners or civil servants - decided to invest in the stock market. According to some estimates, there are now some 80 million individual investors in the country, most of whom trade using borrowed money. These investors were convinced of China's economic growth rates. But experts believe this has now led to a big bubble on the trading floors. 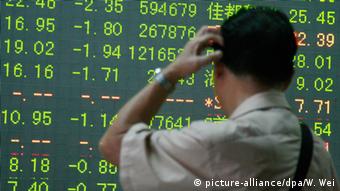 When share prices fall, it's shown in green in China...

The value of all companies listed in the SSE amounted on Monday to $4.14 trillion. Some $57.5 billion are traded every day. By market capitalization, the largest stock companies listed in Shanghai are state-owned enterprises such as banks and energy and insurance companies. This means that the shareholders with the most voting rights are state institutions. The ten largest among them make up for 30 percent of the total stock exchange value.

For instance, the world's largest bank by market capitalization is the Industrial & Commercial Bank of China (ICBC) - with a market value of $216.8 billion. By comparison, Deutsche Bank has a market value $40.3 billion. The ICBC is listed in the SSE - among other exchanges - and its largest shareholders are the Chinese Finance Ministry (34.88 percent) and the investment company China Central Huijin (35.12 percent). The latter also manages state capital for financial service companies.

After all, the SSE is operated by a state-owned enterprise with direct links to the Communist Party and its chairman is appointed by the central government. The company itself is not profit-oriented.

The SSE is very susceptible to even the smallest changes in economic, financial and monetary policy. It is also the ultimate testing ground for both the Chinese state and its companies to try out the market. In this context, the small investors are insignificant actors who play at their own risk.

Despite increased government efforts to stem the country's stock market plunge, investors have continued to dump Chinese shares, sparking concerns about the impact of the slump on other economies. DW examines. (24.08.2015)

US, European stocks down after China rout

Panic selling gripped US and European stock markets on Monday after Chinese shares sank deeper, posting their largest intra-day fall since 2007 on worries that the Asian powerhouse was in for a hard landing. (24.08.2015)