The resignation of German President Christian Wulff has once again called into question the role of the president. DW takes a look at Germany's highest office, which plays a largely ceremonial role. 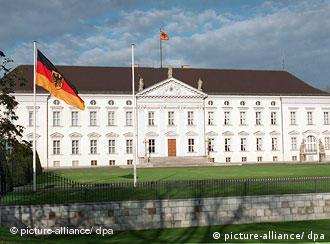 The president's role is largely ceremonial for historical reasons

With the resignation of Germany's president, Christian Wulff, the country's Federal Convention will now be tasked with the responsibility of voting for a successor.

Compared with leaders of other countries, the German president has few opportunities to influence day-to-day politics in his or her country. The president represents Germany in matters of international law, and at official gatherings.

The president signs laws because without that signature they cannot take effect. But it is up for debate exactly how much the president can verify the content of a law, or stop its execution. Some say a president can only make sure that the formalistic lawmaking process has been followed, while others say he or she has the ability to review a law's contents. 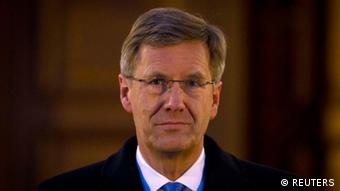 Wulff's resignation comes at the end of a drawn-out scandal

Unlike in France or Austria, the German president is not elected directly by the people. He is elected by a committee, the Federal Convention, consisting of members of the Bundestag and the same number of delegates sent from the state parliaments.

The president has a term of five years, and can only be re-elected once. Any German citizen over the age of 40 is able to become president.

Why does the German president play a mainly ceremonial role? The reason is that during the Weimar Republic, the period that led up to Nazi Germany, the president had wide-reaching powers. He could annul basic laws and rule with emergency law. These factors played a large role in Hitler's rise to power.

The president's first official residence is the Bellevue Palace in Berlin.

Germany's president has tendered his resignation. Christian Wulff had been under pressure since allegations arose he had improperly accepted benefits. Support had fallen dramatically among the public and politicians. (17.02.2012)

For the first time in Germany's history, the president could be stripped of his immunity to allow the public prosecutor to conduct a criminal investigation. President Wulff is now under renewed pressure to resign. (17.02.2012)