The Nazi-tainted politics of the early Documenta art shows

The international art show founded in 1955 was self-styled as breaking with Nazi cultural policies. But one of its founders was actually a World War II criminal. 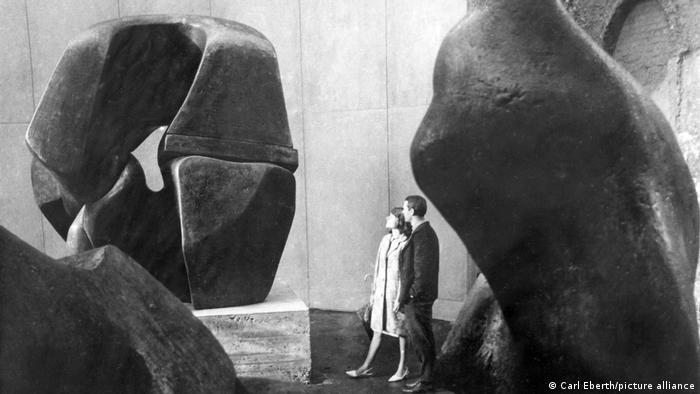 Last year, researchers uncovered that Werner Haftmann (1912-1999), one of post-war Germany's most important art historians and co-founder of the Documenta art show, was not only a member of the Nazi Party, but also of the SA, the Nazi Party's original paramilitary wing.

It has now been found that he also actively fought partisans in northern Italy from 1944, according to Carlo Gentile, a historian who was commissioned by the German Historical Museum (DHM) to do in-depth research on the issue.

Haftmann participated in activities where "civilians were shot and suspects were tortured," Gentile said.

The findings glaringly clash with the program Documentasubmitted for its very first edition in 1955.

It wanted nothing less than a "zero hour" in art: a radical dissociation from Nazism and the rehabilitation of the modern artists whose works of art had been confiscated, defamed as "degenerate art" and destroyed by the Nazis. 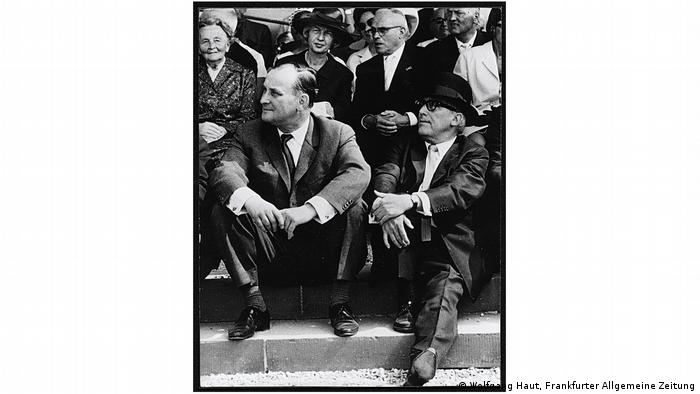 The DHM exhibition shows that covering up the Nazi past of the Documenta founder also shaped the curatorial program.

Curator and art historian Julia Voss proved that Haftmann not only excluded artworks that addressed the violence and murders in the Third Reich, but also artists who were victims of the Nazis.

"People who were murdered — Jewish artists but also political artists — do not appear at the Documenta," said Voss.

No mention of victims

Werner Haftmann claimed in his art history essays that there was not a single Jew among the German modern painters of the 20th century. But he knew very well that was not true, according to Voss.

For example, he must have been personally acquainted with the Expressionist Rudolf Levy from his stay in Florence, where the two men worked not far from one another.

Emy Roeder, another artist in exile in Florence, was labeled "degenerate" by the Nazis. She reported about Levy's deportation in 1943; her letters, which she kept writing after 1945, are in sharp contrast to Haftmann's appraisal, who did what he could to prevent the violent crimes from being mentioned.

The documents reveal how, despite knowing about the crimes, art experts of the time concealed them.

Levy's name was on a list of proposed artists for the Documenta, but was then eliminated. 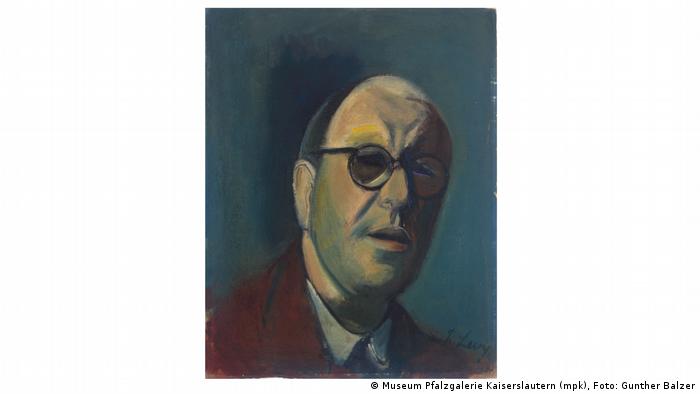 The last self portrait by Rudolf Levy

Jewish artists who were murdered in the Holocaust did not appear in the Documenta shows 1-3 from 1955 to 1964, which were directed by Haftmann along with Arnold Bode.

The DHM is now showing Levy's works. They come across as a testimonial to the suppression, concealment and cover-ups of Nazi crimes, and how many Nazi criminals remained in lead positions — in the art world, too.

After his work for the Documenta, Werner Haftmann directed the New National Gallery in Berlin for many years and published works about 20th-century art. He never addressed his difficult past.

Nearly half of all people responsible for organizing the first Documenta were once members of the Nazi Party, or the paramilitary organizations SA or SS, according to Voss. That percentage was not unusual for various organizations in the young Federal Republic, but was nevertheless a rather high figure compared to other sectors, said Dorothee Wierling, one of the DHM curators. 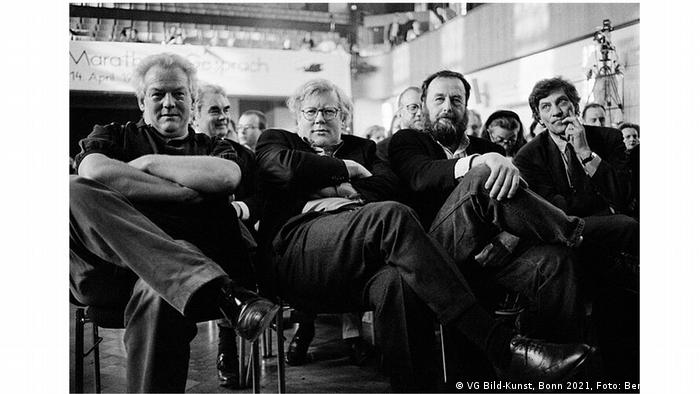 The DHM exhibition contextualizes works of art with historical works, but also leaves space for the impact of art.

Apart from pointing out ties to the Nazis, the exhibition also sheds light on other gaps in Documenta programs, including the fact that Communist artists were just as absent as Jewish artists.

As a general rule, the early Documenta shows looked towards to Western modernism and excluded many other artistic directions.

And as the Danish curator Lars Bang Larsen points out, it was a patriarchal affair for a long time.

Above all, the steady questioning of the artistic canon that the exhibition triggers is productive, argued Julia Voss. The realization that this canon had and has systematic gaps makes it possible to rediscover what has been lost, including Rudolf Levy. "This process will continue," she added. 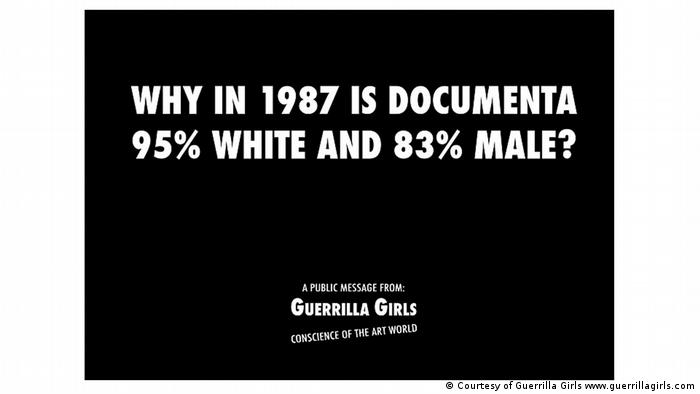 The Guerilla Girls had the right question back in 1987

The DHM show offers added value to the contemporary art business, a call for more accuracy and independence. Julia Voss for one is optimistic about the consequences.

The great Documenta promise is one of freedom and independence, said Voss, adding that the weak points have become much clearer. "I'm probably more critical than ever, but that makes it that much more exciting to see what the response will be at the next Documenta," which is curated by Ruangrupa, a collective of artists from Jakarta.

The DHM exhibition is on show from June 18, 2021 to January 9, 2022 at the PEI Building of the German Historical Museum in Berlin.

The search for redemption: Yael Bartana at the Jewish Museum

Israeli artist Yael Bartana lets an androgynous messiah figure roam through a utopian Berlin in the exhibition "Redemption Now" at the Jewish Museum.

On show at the former Tempelhof airport, "Diversity United" features some 400 works addressing themes such as freedom and dignity, dialogue and conflict.

British bomber shot down in WWII to be recovered from Dutch lake 01.09.2022

Nearly 80 years after German forces shot down a British bomber over a Dutch lake, work is set to begin on recovering the aircraft — with hopes of finding remains of its missing crew.