Germany′s Venice Biennale curator talks about the future of the festival after COVID-19 | Culture | Arts, music and lifestyle reporting from Germany | DW | 12.05.2020 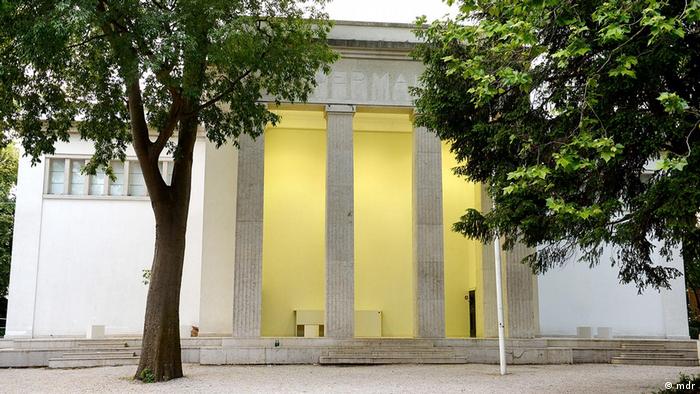 In a world struggling to make sense of a pandemic, 2021 may seem to many like the distant future, yet some in the art world are already gearing up for the annual Venice Biennale.

"May You Live in Interesting Times" was the motto of last year's Venice art Biennale. Claimed to be an ancient Chinese curse (which has never been confirmed to have hailed from China), it was chosen by exhibition curator Ralph Rugoff as the theme of the central exhibition, as a reference to the turmoil of our modern world. No one could have predicted just how relevant the phrase would be a few months later. 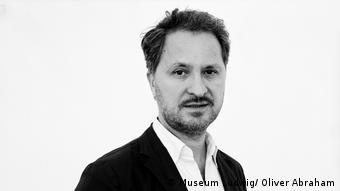 These are certainly interesting times for all of us, including Yilmaz Dziewior, the director of the Museum Ludwig who has been appointed curator of the German Biennale pavilion by Germany's Foreign Minister Heiko Maas. "The art world — like everything else — is deeply affected by the cororonavirus," he told DW. "A lot has changed over the last few weeks and it has given art a digital boost. But at the same time, we've realized how much we need the original."

A necessary exchange for the art world

In 2021, it seems likely that hundreds of thousands of art lovers will once again make the pilgrimage to Venice. For the lagoon city, the tourist rush is both a blessing and a curse. Major cultural events like the Biennale have come under fire for their contribution to climate-change in the era of global warming.

The island city has an increasingly precarious location; in 2019, the city experienced devastating floods. Yet, it seems unlikely that this concern will outweigh the needs of the art world. "Meetings and exchanges with other people are an important part of our art world," says Dziewior.

Conceived as an international art meeting, "L'Esposizione Internazionale d'Arte, La Biennale di Venezia" began in 1895. Since then, it has been held every two years and is considered the world's largest art events, alongside documenta, held every five years in Kassel.

At its core are the pavilions of the various countries located in the Giardini di Castello, supplemented by a thematic exhibition in the Arsenal, the shipyard and naval base of the former Republic of Venice (697-1797).

Other events have been steadily added since the 1930s, including the Venice Film Festival, Venice Theater Festival and the Architecture Biennale, which began in 1975. What has remained, however, is the concept of the Art Biennale as a showcase of each nation's artistic output. 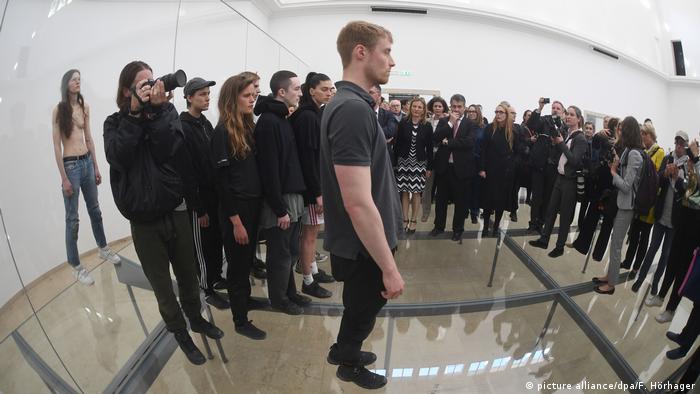 Dziewior is critical of the standard competition in which the winning pavilion is rewarded with a prize, the Golden Lion. "This is alien to the nature of art," says the art historian, who curated the Austrian pavilion six years ago when he was still head of the Kunsthaus Bregenz. Heimo Zobernig, the artist he selected, set a poetic counterpoint to the bustling Biennale by presenting a nearly empty pavilion in which he installed a field of flowers. "On the other hand," says Dziewior, "it is a competition. And it would be naive to ignore this." Yet he's not a fan of ranking each pavilion: "to say first, second, third: of course it makes no sense!" he adds.

Dziewior is now responsible for finding suitable artists for Germany's Biennale pavilion. Built in 1938, he says it is a "very striking location that sets a high standard."

For Dziewior, two of the previous German pavilion entries stood out as being especially successful: "There was Hans Haacke, who broke a marble floor in 1993, as well as, Anne Imhof, who with her "Faust" in 2017, created an atmosphere that made the place tangible," says Dziewior.

Imhof presented a five-hour performance art piece that interacted with the building's structure. Both artists received the Golden Lion for their works. Germany has an impressive track record at the Biennale: The pavilion won the festival's highest award three times in the past 10 editions.

In 1993, Hans Haacke smashed the German pavilion's marble floor with a hammer

On the one hand, the Venice Art Biennale aims to be a cosmopolitan art festival. On the other, its protagonists continue to present themselves by nation. Does the national concept still fit with today's globalized world? Another point of criticism is that the largest pavilions belong to the former colonial powers, Great Britain, France, Spain, and Germany, which can be seen as undermining the debates about looted art. "Whether one intends it to be or not," Dziewior notes, "the German pavilion is about the representation of a nation, in this case Germany!"

And finally, although many museums have expanded their online activities, the coronavirus crisis has raised a question that is crucial for the art business, says Dziewior: "Who has access to art? Who can afford art today?" Despite the abundance of cultural offerings on the Internet — virtual tours, exhibitions and much more — access to culture has not become more democratic. In view of the restrictions that were intended to prevent the spread of the virus in many places, the social gap between rich and poor has instead widened. Not everyone has the time and money for the technical equipment to be able to make a virtual visit to a museum. "I want to enable more participation," says the head of the museum in Cologne. That's a notion that goes far beyond the German pavilion.

When criticism against questionable sponsors changes the art world

Museums are distancing themselves from patrons with unethical business ties: The Sackler name is being erased from the world's top institutions, and now businessman Warren Kanders has resigned after months of protests. (26.07.2019)