"May You Live in Interesting Times" is the title of the international art show featuring works that address a world in turmoil — and that includes a haunting monument to the thousands of migrants who have died at sea. 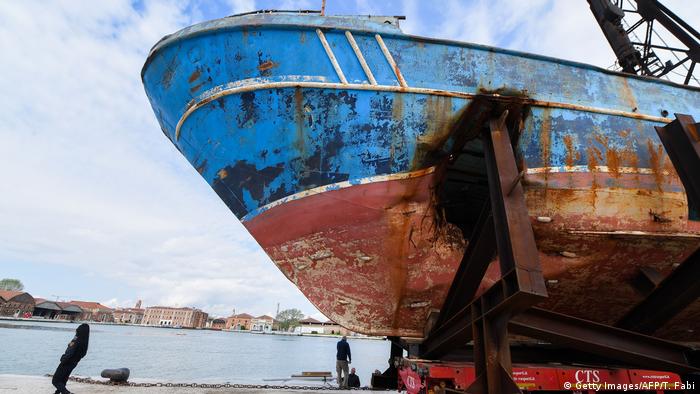 Whether digitalization, climate change, migration, renationalization or a shift in the global balance of power, our world is undergoing dramatic change. For many people, this translates into uncertainty, crisis and turmoil.

It has also prompted Ralph Rugoff, curator of the 2019 Venice Biennale festival, to roll out the red carpet for art in his two-part main exhibition. "At a moment when the digital dissemination of fake news and 'alternative facts' is corroding political discourse and the trust on which it depends, it is worth pausing whenever possible to reassess our terms of reference," the curator from New York, who has also been director of the Hayward Gallery in London since 2006, said in a statement. 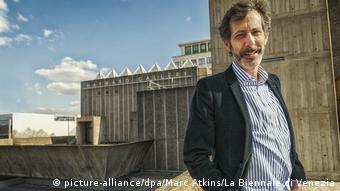 Participating Biennale artists, according to Rugoff, are thus tasked with providing solutions to the challenges, offer food for thought or even pose new questions. The art historian has selected 79 artists for his show, far fewer than in 2017. Their works are divided between the exhibition pavilion in the Giardini della Biennale gardens and the old Arsenale industrial and shipyard grounds.

Among them, Swiss-Icelandic artist Christoph Büchel is sending to Venice the Barca Nostra, Italian for "Our Ship," recovered shipwreck in which 700 migrants died in the Mediterranean Sea in 2015. The boat will be at the center of his artistic installation, a monumental work symbolizing the human cost of borders. 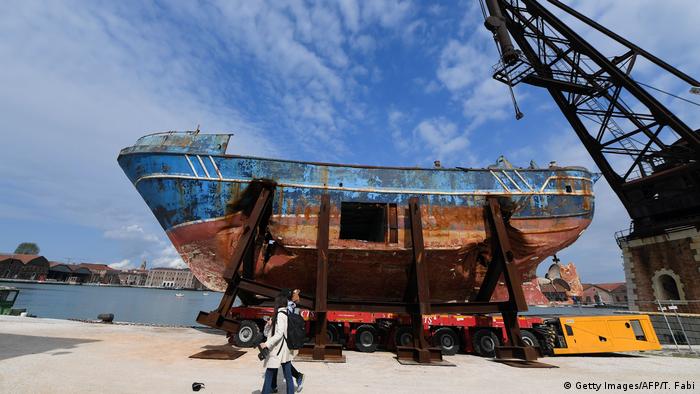 The boat being installed in Venice's former shipyards

German artists on the Lido

As usual, the list of participants includes both well-known and unknown artists. Multimedia artist Rosemarie Trockel and video artist Hito Steyerl, for example, hail from Germany. Works by the Berlin sculptor Alexandra Bircken will also be on show.

At a recent promotional event in Berlin, Rugoff and Biennale president Paolo Baratta said the "communication between artists, the works and the visitors" was essential, adding that the exhibition is aimed at a broad audience — and "not only for experts." Many of the international artists who will be on show in Venice live and work in the German capital, which is still considered an artistic hotspot.

In addition to the central Biennale exhibition, there will works on show by artists from some 90 countries in the national pavilions in the Giardini, as well as at selected locations in the lagoon city. This year, Algeria, Ghana, Madagascar and Pakistan will also be hoisting the art flag for the first time.

Natascha Sadr Haghighian will representing Germany this year. What the Iranian-born sculptor, conceptual and media artist will show, of course, will remain a mystery until doors open. Until now, the 52-year-old has slipped into the role of an artistic figure wearing a mask and calling herself "Natascha Süder Happelmann." Playing around with identities is part of the artistic concept of Natascha Sadr Haghighian, who is also a professor at the University of the Arts Bremen.

Competing for the Golden Lion

Along with the Documenta in Kassel, the Venice Biennale, held this year from May 11 to November 24, is one of the leading art fairs around the world.

Stephanie Rosenthal, director of the international Biennale jury, is also director of Berlin's Martin-Gropius-Bau museum. The jury awards prizes, including the Golden Lion for the best contribution in one of the national pavilions, as well as for the best contribution by an artist in the exhibition curated by Ralph Rugoff entitled "May You Live In Interesting Times."

At the last Biennale, in 2017, the German Pavilion, curated by Susanne Pfeffer and designed by artist Anne Imhof, garnered the Golden Lion for best national participation. 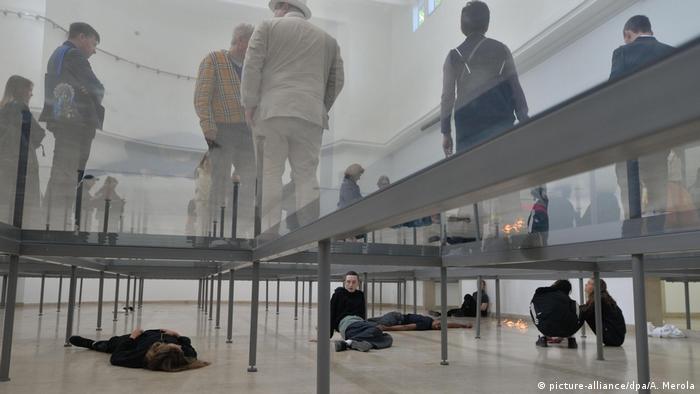 Anne Imhof's installation won the Golden Lion in 2017 for Germany

Until a few years ago, Anne Imhof was relatively unknown. Now she is representing Germany at the Biennale. Arts.21 explores her meteoric rise and her boundary-breaking performance works. (16.05.2017)

With the March 29, 2019 deadline looming, art institutions and galleries across Britain are preparing for Brexit by shipping works to and from the European Union in advance. (18.03.2019)

The two most important prizes at this year's Venice Biennale have gone to Germany for best exhibition pavilion and artist. The exhibition prize is considered one of the world's most prestigious contempory art events. (13.05.2017)