As German-Japanese artist Hito Steyerl is honored by Berlin's Academy of Arts, here's more about the first woman to have been listed as the "most influential personality in the international art world."

"With her montages of images from computer animations, mass media and scenes she has shot herself, the artist draws attention to current political, societal and social processes," the academy added.

The first woman to top the 'Power 100' ranking

Steyerl has been a professor of New Media Art at the Berlin University of the Arts since 2011 and the co-founder of the Research Center for Proxy Politics, a long-term research program for students. 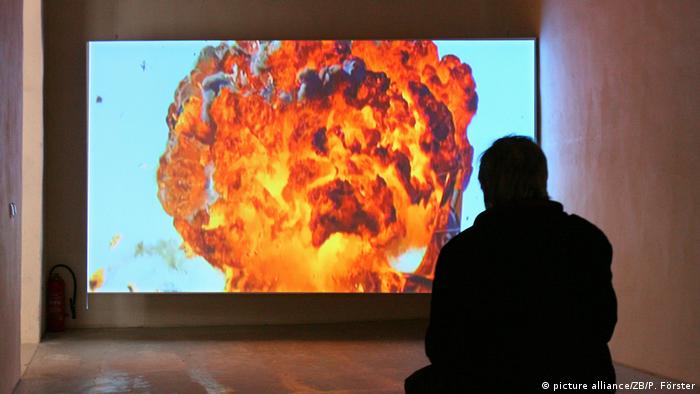 'After the Crash,' 2010, portrays the financial crisis through an airplane graveyard

She gained international recognition through shows at the German pavilion at the Venice Biennale in 2015, as well as at the Museum of Contemporary Art in Los Angeles and the Museum of Modern Art in New York.

In 2017, Steyerl became the first woman to make it to the top of magazine ArtReview's "Power 100" ranking, up from position 7 the previous year. The list, established by a panel of 20 gallery owners, curators, museum directors and artists, ranked her as the "most influential personality in the international art world" that year. 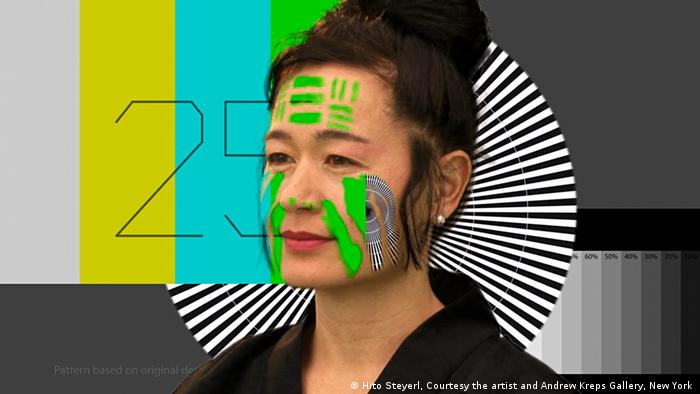 Hito Steyerl offers five lessons in invisibility in the video 'How Not to Be Seen,' 2013

From stunt woman to Wim Wenders' assistant to professor

Born in 1966 in Munich, Steyerl gained her first work experience in film as a stunt woman at the age of 16. That same year, she was expelled from school. Even though she didn't have a high school degree, she was nevertheless accepted at the Tokyo University of Arts, where she studied cinematography and documentary filmmaking from 1987 to 1990.

She then worked as Wim Wenders' assistant director on the project Until the End of the World in 1990-1991, which led her to travel to Australia, Japan, Europe and the US.

In the mid-1990s, Steyerl then resumed her studies in documentary filmmaking, but this time at the University of Television and Film in Munich.

Steyerl's work deals with social issues such as post-colonialism, feminism and globalization, reflecting on today's uninterrupted flow of images and information.

In her short documentary November (2004), Steyerl used footage from a feminist martial arts film she had shot with a Super 8 camera in the 1980s. In the film, her best friend, Andrea Wolf, played the role of a fighter. In the 1990s, Wolf joined the Kurdish PKK militant organization and became a fighter in real life. Killed in 1998, Wolf has since been revered as revolutionary martyr in Kurdistan. In November, Steyerl reflects on the changing meaning of terms such as revolution, feminism, internationalism and terrorism. 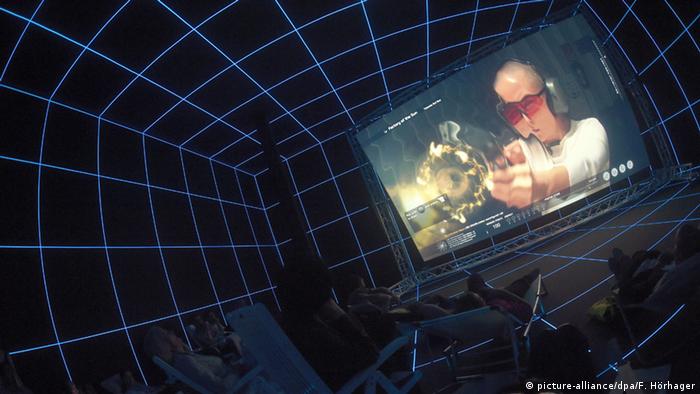 An immersive video installation criticizing capitalism: 'Factory of the Sun,' 2015

Factory of the Sun, shown at the German pavilion of the Venice Biennale in 2015, is an immersive video installation that blurs the lines between game and reality. The video installation portrays a Euro pop, turbo-capitalist world in which Germany has been replaced by Deutsche Bank. Participants are forced laborers whose movements are converted into sunlight. The Süddeutsche Zeitung newspaper described it as "evil, insane and radically contemporary."

The Käthe Kollwitz  Prize has been awarded to artists since 1960 and is endowed with €12,000 ($13,600). Following the awards ceremony, an exhibition of Hito Steyerl's work will be shown at Berlin's Akademie der Künste from February 21 to April 14. It will include the 2016 installation Hell Yeah We F*** Die.

Her latest work is also currently on show at the Castello di Rivoli in Turin, where the exhibition "The City of Broken Windows" is held through June 30, 2019.

The contemporary art magazine "ArtReview" has published its annual Power 100 list, a guide to the 100 most powerful figures in contemporary art. Here are the top 10. (20.10.2016)

Who tops British magazine ArtReview's annual ranking of the most influential players in the art world? This year, it's an art dealer, followed by a painter and, for the first time, a movement. (09.11.2018)

11 renowned female artists based in Germany

The art world is still male-dominated, but things are changing. Here are 11 important artists you need to know. (20.02.2019)