The muddled business of UN international days | World | Breaking news and perspectives from around the globe | DW | 04.01.2010

The dawning of the New Year not only brings the promise of the World Cup, a lunar eclipse and elections in Britain, it also marks the start of two new United Nations International Years. But does anyone really care? 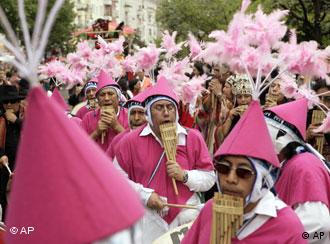 The UN hopes to see cultural gaps closing in 2010

2010 has officially been named the UN International Year for the Rapprochement of Cultures and the International Year of Biodiversity. But for all the grandness of the titles, there appears to be precious little awareness of either cause among the general public. And the chances are that even when 2010 draws to a close, the majority of the world's population will be none the wiser.

The problem is less that people don't care, and more that the United Nations is trying to promote too many issues at one and the same time. Last year there were three international years, this year there are two and in 2011 there will be two more again. And political scientist Johannes Varwick, says that volume of drum-banging is bound to alienate people.

“The purpose of these years is essentially to present problems which affect the global public," he told Deutsche Welle, "but when people are faced with so many initiatives, they are unable to grasp what they're really all about." 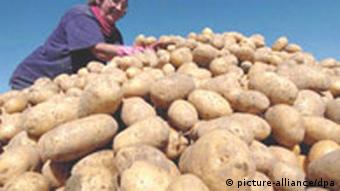 And that threatens the credibility of the practise which began in 1957 with the International Year for Geophysics. It was followed by a modest handful in both the 1960s and the 1970s and a still manageable number in the 1980s and 1990s.

But with the advent of the noughties, the number of international years suddenly burgeoned and the UN calendar became a stomping ground for all manner of humanitarian, social and environmental groups. So why the sudden proliferation?

“It's because there are groups of member states trying to push certain issues onto the agenda, and who is really opposed?" Varwick asked. "If I were in the General Assembly and a state said ‘we have to have a year of the potato, I'd probably say okay.' They don't hurt anyone, but ultimately they lead to an inflated range of issues and everything becomes diluted.”

Rules that were made to be broken 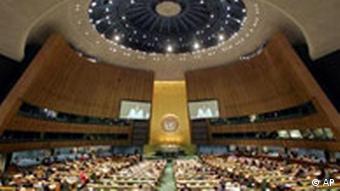 Back in 1980, the UN must have been had an inkling that things could go this way, and took precautionary measures just in case. As Beate Wagner, Director General of the German United Nations Association points out, the General Assembly passed a resolution on the rules governing the selection and structure of topics chosen for international observance.

“They should be closely linked to the aims and the principles of the UN, the majority of states should really be interested in the topic, and there should only be one topic per year," she told Deutsche Welle, adding that there was also a decision to have a break between international years.

But the UN has strayed a long way from its own resolution, and has not done itself any favors in the process. Although International Years are called into being by the General Assembly, they are entirely dependent upon governments, civil societies and NGOs to make them work.

What a difference a day makes

Yet most NGO's don't have the resources to keep a campaign alive for a whole year, and opt instead to use international days as platforms for their work. Dawid Bartelt, senior press officer at the German section of Amnesty, told Deutsche Welle that it is easier to grab attention on a single day than over an entire year.

“You have to have a very sustainable and effective ongoing campaign and even then you need certain days where you are going to produce a peak of attention where people would notice you," he said. "If you want to do something, it's better to have a day.”

But by the same token, there are already more than 70 International Days in the UN diary, and Bartelt believes they have become as out of hand as their year-long counterparts. 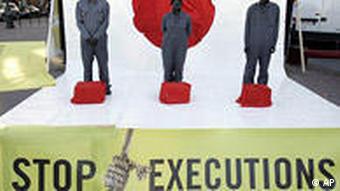 Many NGOs work with the International Day for Human Rights

And as long as fatigue and confusion are at the top of the public agenda, there is little hope of any UN campaign reaching the hearts and minds of the global population.

So what can be done to reawaken the world to its own pressing issues? Beate Wagner says a good starting point would be to return to the 1980 resolution.

But whether the UN is interested in separating the trees from the wood remains to be seen. For the time being at least, biodiversity is at the top of the agenda.

International Year of Biodiversity tries to rescue the Copenhagen catastrophe

After 2009 closed with a failed climate conference in Copenhagen, the New Year offers a new environmental issue of world-ending importance. But will the International Year of Biodiversity make any difference? (04.01.2010)

As the UN marks its seventh International Day of Peace on Monday, one expert says the organization is relatively powerless to stop human rights violations by its own workers deployed on peacekeeping missions. (21.09.2009)

The United Nations marked its first World Humanitarian Day with a tribute to relief workers who often risk their lives to deliver urgent aid in global hotspots, including over 100 aid workers who were killed last year. (19.08.2009)

Amnesty International, Human Rights Watch, Journalists without Borders and other NGOs have organized a global day of solidarity with Iranian protestors. In Iran, the country's controversial vice president steps down. (25.07.2009)