UN honors aid workers around the world | Environment| All topics from climate change to conservation | DW | 19.08.2009

The United Nations marked its first World Humanitarian Day with a tribute to relief workers who often risk their lives to deliver urgent aid in global hotspots, including over 100 aid workers who were killed last year. 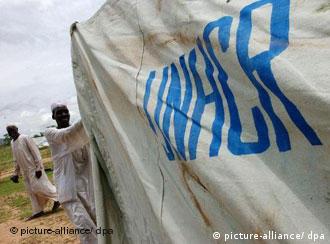 Lack of security in Darfur puts aid workers in danger

As explosions continue to claim the lives of civilians, aid workers and soldiers in conflict zones around the world, the United Nations on Wednesday honored the aid workers' efforts on the first World Humanitarian Day.

Last year, a record 260 humanitarian aid workers from different agencies and charities were victims of kidnappings and attacks, including 122 who were killed, according to the United Nations and the International Committee of the Red Cross.

The date was set to remember the 22 people, including the UN's envoy and human rights chief Sergio Vieira de Mello, killed on Aug. 19, 2003 in a truck bomb attack on the UN headquarters at the Canal Hotel in Baghdad. 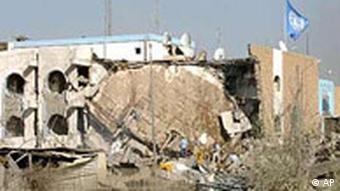 "The Canal Hotel bombing rocked the UN system to its core," UN High Commissioner for Human Rights Navi Pillay said in a tribute to Vieira de Mello, one of her predecessors.

"Killing those who are trying to help others is a particularly despicable crime, and one which all governments should join forces to prevent, and - when prevention fails - to punish," she added in a statement.

Attacks on aid workers have risen by 61 percent over the last three years, and the annual average is now almost three times higher than it was nine years ago, the UN said.

The increase in violence is blamed partly on a growth in aid operations in the most lawless parts of the world, including Afghanistan, Darfur and Somalia. 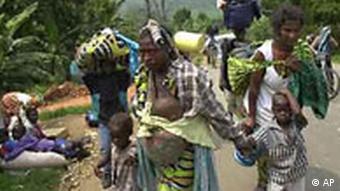 Aid workers know many will be affected, if they don't do their jobs

Despite having to work in crisis situations, many aid groups have said they are not having difficulty retaining their employees. Even after having to pass on the news that their colleagues had died in the Canal Hotel bombing, Elaine Caux of the the UN's High Commission for Refugees said she didn't consider quitting her job.

"It's a dilemma for aid workers, if we don't do our work there will be thousands of refugees and displaced people who might not survive, and at the same time you, of course, want to preserve your life," she said.

Pillay noted that the victims in Baghdad six years ago came from a variety of backgrounds and skills, but were all trying to contribute to rebuilding Iraq.

"Would they have succeeded, if the August 19 bomb had not exploded? Would the ensuing years of horrendous inter-ethnic strife, killing, rape and other forms of abuse that plagued Iraq have been mitigated or largely avoided?" she asked. "We shall never know."

The fourth Geneva Convention was agreed to 60 years ago, and primarily focused on the protection of civilians during war. But as the nature of armed conflict changes, experts believe the conventions need to be broadened. (12.08.2009)

The Red Cross said Wednesday a combination of escalating conflicts, natural disasters and economic volatility was responsible for its record expenditure of $1 billion (724 million euros) last year in war zones. (27.05.2009)