As the UN marks its seventh International Day of Peace on Monday, one expert says the organization is relatively powerless to stop human rights violations by its own workers deployed on peacekeeping missions. 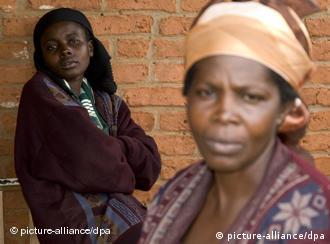 UN Secretary General Ban Ki Moon has made disarmament the buzzword for this year's International Day of Peace, encouraging governments around the world to look for peaceful ways of resolving conflicts. "The fact that there are fewer wars between nations should be an encouragement," he said in the run-up to the Day of Peace.

But has the world really become more peaceful? For many years now, the UN has spearheaded peacekeeping missions in conflict-prone areas. The peacekeepers are supposed to ensure that human rights are being protected, but it's not always an easy task, as the UN relies on cooperation from the local government. Additionally, UN troops themselves have frequently become the focus of criticism.

DW's Ulrike Mast-Kirschning spoke with Wolfgang Heinz, a member of the German Institute for Human Rights in Berlin, and one of 18 members of an expert committee working for the UN's Human Rights Council. Since December 2005, Heinz has also been a member of the Anti-Torture Committee of the Council of Europe.

Deutsche Welle: The number of UN peacekeeping operations has climbed considerably since the 1990s. It's not just about guaranteeing security or keeping to ceasefire agreements; it's also about promoting and protecting human rights. How can this task be implemented in a region that's embroiled in a conflict?

Wolfgang Heinz: Implementation is extraordinarily difficult in a host of countries, as the UN usually has to cooperate with governments that are often a big part - even a major part - of the problem.

How credible are such missions then, when even UN military personnel themselves are involved in human rights violations? In Congo, for example, UN workers took part in the sexual exploitation of women and children. 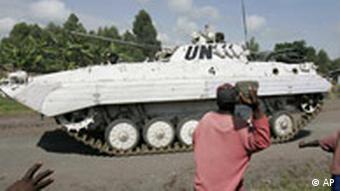 Since the beginning of the 1990s, there's been more discussion about sexual violence and rape due to the abuse of forced prostitutes in Kosovo by members of the peacekeeping operation, and then the several hundred accusations of abuse in Congo, mainly by military personnel. All of this has of course put the UN in a difficult situation. It's clear that when such abuses happen, you lose your credibility with the local population, whose support you need for the mission to succeed. Over time, a thorough reporting process has been developed, to find out exactly what happened. Individual cases have been investigated, and people who were deemed to be guilty were dismissed from the mission. They are sent back to their country, and there is a legal obligation on the part of their home country to prosecute such cases.

How can the victims of such human rights violations take action against the perpetrators? What chance do they have to achieve justice?

For the reasons I've just mentioned, that's a bit difficult. When a victim makes an accusation, it first has to be investigated. But the UN can only do this in a disciplinary manner. The judicial side of such cases can only be handled by the home country of the accused. Generally, a disciplinary investigation delivers different results than when a state prosecutor is on the case. That's all by way of saying that, often, it's a very long and difficult process. I have the impression that there are considerable weaknesses here. And because of that, a strange situation often results where you have an international organization like the UN, which stands for democracy, human rights, and the rule of law, but whose workers effectively have legal immunity in the countries where they're deployed.

Since 1994, Germany has been actively involved in UN peacekeeping operations, with currently some 1,000 police and soldiers deployed. In what way are they bound to respect human rights - through the UN Charter or through Germany's Basic Law?

With regard to the current deployment of German troops, the Bundeswehr in Afghanistan are subject to the mandate agreed by the Security Council, which covers the topic of human rights. Secondly, there's the special order from the Federal Ministry of Defence from 2007 which refers to the main legal sources, such as the UN Charter, customary international law and, as far as they're applicable, certain human rights treaties which were accepted and ratified by Afghanistan. So there are clear legal principles. There are also legal advisors on hand to help the military units stationed in Afghanistan and other countries. They can support the unit's commander when there are legal questions.

Have there been cases of human rights violations committed by Germans deployed in UN missions? 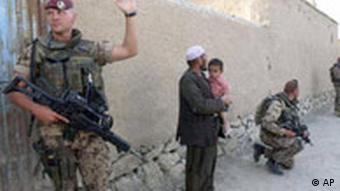 There have been several accusations, for example, that German soldiers used the services of forced prostitutes in Kosovo in the early 1990s. And in the last year, there have been two situations in Afghanistan that have received extensive media coverage, where civilians were killed. Last year, there was the case of the sergeant who opened fire on a car which he said was speeding toward an army checkpoint. A mother and two children were killed and two other children were injured. There was a legal investigation, first in Potsdam because that's where the Bundeswehr's central command is, and then in Rostock, where the state prosecutor took over.

After eight months of investigation, the case was dismissed because the prosecutor concluded that the sergeant had followed both the legal guidelines as well as the rules of deployment. But of course, you have to be clear about what conditions the state prosecution in Rostock was facing: they weren't able to examine the bodies, because in Islamic countries, the dead are buried quickly. They didn't see the vehicle that was shot. And they only had witness accounts from army personnel - not from Afghans. For me, such an investigation is inadequate, but it's the nature of things.

As a representative of the national Institute for Human Rights in Berlin, you're calling for more action from the German government. What can the government do to improve the situation and lend more credibility to such missions?

But that's essentially an appeal to the Security Council.

That demands active politics when it comes to the discussion of a mandate in the Security Council. I think Germany should keep a watchful eye on how the disciplinary investigations of the UN are carried out when the rules of deployment are violated. It should be a transparent, effective system, and the local population should be informed of the results of such cases, so that international organizations are seen to be accountable for the way they treat people on the ground. More discussion in the German parliament about the human rights aspects of peacekeeping missions are part of this. External experts should be invited to weigh in on the discussion.

Of course, parliament primarily informs itself through government channels; that's only right. But I think it's also important to hear about the experiences other organizations and experts have made so that a mission can enforce human rights also in the way it relates to the local population.

Clinton's Africa trip highlights importance US attaches to the continent

US Secretary of State Hillary Clinton's long African tour shows that Africa is a foreign policy priority and confirms a commitment by the US to tackle crucial issues on the continent, but can it meet expectations? (13.08.2009)

The same cargo airlines used to bring food and other aid supplies to Africa are also being used in arms smuggling, according to a new report by the Stockholm International Peace Research Institute. (12.05.2009)