The mesmerizing Moon: An astrophysicist unravels its pull on people | Culture| Arts, music and lifestyle reporting from Germany | DW | 15.07.2019

The mesmerizing Moon: An astrophysicist unravels its pull on people

Marking the 50th anniversary of the lunar landing, DW spoke with astrophysicist and author Ben Moore about how people have mythologized the Moon over the ages. 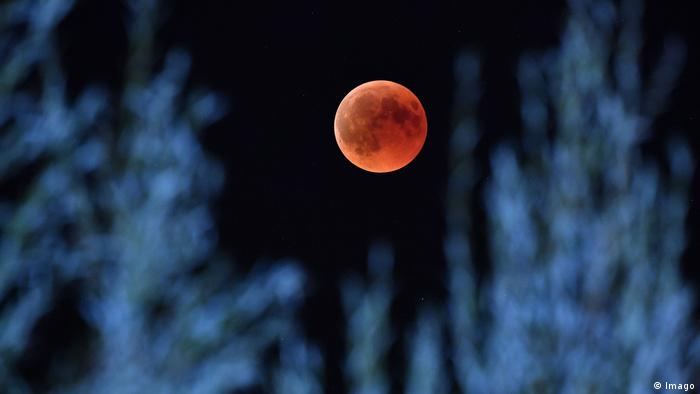 Published 50 years after the first Moon landing, Ben Moore's lunar biography, The Moon: Past, Present & Future (2019), is part of a broader body of work “focused on understanding the origin and evolution of the Universe and how stars, planets and galaxies form." The author and professor of astrophysics at the University of Zurich's Centre for Theoretical Astrophysics and Cosmology is also a musician who works with the sounds of space. DW spoke with Moore to learn more about the mythology of the Moon a half century after that first giant leap.

DW:  Why are people so fascinated by the Moon?

Ben Moore: I think one of the main things is that it's a beautiful sight in the night sky to look out at. It's the most obvious visible thing you can see with your eye. Because it's so near, you can see features on the Moon with your eye like the gray patches which are actually ancient lava fields that are made of solidified basalt rock, and those are the features that different cultures have associated things with. The Chinese associated those features with a rabbit or hare in the Moon; in the Germanic cultures, it was often a child or a man in the Moon. 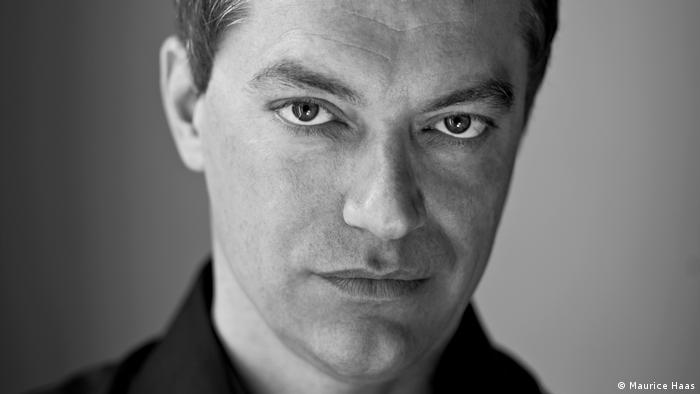 Why have people interpreted the Moon and seen things on its face?

It goes back thousands of years before humanity understood more about the Moon. It was a sort of mythical thing and associated with the gods and with folklore that has come down through the generations. In the Germanic cultures, for example, the boy or the face of the man in the Moon was sometimes associated with a man that had been found thieving and was banished to the Moon to live there for eternity.

Read More:  A cinematic flight to the moon: The 'Apollo 11' documentary

So it could be that by telling these stories, people were teaching or learning lessons?

Yes. The emerging cultures were trying to make sense of the world around them without the knowledge that we have today. They would make up stories and I think that's how they tried to make sense of the cosmos. And you know, for example, that the first advanced civilization was the Sumerians who invented writing. They invented the wheel. This was 5,000 years ago and the Moon was the most important god for the Sumerians. They had dedicated astronomers who did nothing but watch the Moon and try and work out patterns in the Moon and when the eclipses would occur.

They associated the eclipses with events that were going to happen on Earth, such as wars or famines. The astronomers would have to tell the ruling king when these were going to occur — during these events the king would sometimes put in place a fake temporary king who would suffer any bad consequences!

Are there examples of those superstitions continuing in contemporary culture?

It was the sort of beginnings of astrology that came from the Sumerians -- not the astrology that we have today about the planetary alignments affecting humans based on their birthdate. The Sumerian astrology was more about the omens and myths associated with the eclipses and the appearance of the Moon.

Moving ahead a few thousand years, the Romans actually took these myths even further and Ptolemy [Editor's note: Claudius] developed his modern astrology based on the continuation of that. We still have that today. Unfortunately, it doesn't make any scientific sense whatsoever and there's no evidence astrology works at all. But it still remains with us, a remnant of the first cultures associating the Moon with affecting life on Earth.

Your recently published book, The Moon: Past, Present & Future, is presented as a biography of the Moon. Why?

My book is the entire story of the Moon — the history, the present day knowledge and the future of our Moon. So it's really the life story of our Moon from its origins to the end of its time. What are its effects on the Earth, and life on Earth as well, which are quite fascinating.

Can you elaborate some of those effects?

One of the most interesting, and which is why I started doing research on the origin of the Moon, was that without our Moon the Earth would be unstable. It would tip and tilt and wobble like a chaotic wobbling top in space and that would lead to dramatic climate change on a timescale of a few hundred thousand years. But the gravity of our Moon pulls on the bulge of our spinning Earth and keeps it spinning in place and it helps stabilize our climate throughout time, over the entire 4.5-billion-year history of the Earth.

And hence its effect on life, because without that we probably all wouldn't be alive…

Exactly. Evolution would have happened very differently because you can imagine life developing in the warm equator or somewhere in the oceans and all of a sudden the Earth is tipped over a bit and that becomes a frozen wasteland. So it will be hard to envisage life evolving in the same way at all.

So as mysterious as the Moon has seemed at times, how could people imagine traveling to and landing on it?

The first science fiction stories in the 17th century were actually written about mythical journeys to the Moon. Authors were writing about the life that could exist on the Moon and what it must be like to stand on the Moon. Galileo himself wrote one of the very first science fiction books, and that was after the invention of the telescope because the telescope brought the surface of the Moon a bit closer.
So it was those science fiction stories that stimulated the first rocket scientists like the Soviet Konstantin Tsiolkovsky, who developed the multi-stage rocket and the famous rocket equation.

How do you think the US space program's first landing on the Moon affected humankind in a cultural context? 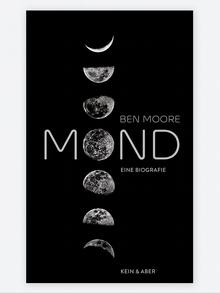 Ben Moore's book was released in German in May

They put huge budgets into the Apollo program and they showed superiority in space against the Soviets — that was the main goal. But culturally, there was an important secondary effect. It's the fact that humans had seen the Earth from another world. They stood on the Moon and looked at the Earth and every astronaut that walked on the Moon will always tell stories about how amazing it was to see the Earth as a whole from far away.

So it sort of put our planet into perspective, as Carl Sagan [Editor's note: astrophysicist, author and TV host] said, it was "a pale blue dot" in a vast cosmos.

You also collaborate with artists and make music yourself, which you say is inspired by dreams of space. How do you describe those dreams in your music?

I try to incorporate sounds from space into my songs. Such as the sound of the Big Bang — the universe expanding. We can't hear it with our ears, but I can rescale the sound by changing the frequencies so that we can hear it on a computer.
And then I can incorporate that sound — it's a whooshing noise — which I can use in the music, or the sound of a star when it explodes, which sounds like a bass-drum.

Ben Moore has written several non-fiction books on the Earth, the Universe and other life forms in space. He's also co-authored a book (with wife Katharina Blansjaar) for children titled Gibt es auf der dunklen Seite vom Mond Aliens? (Are There Aliens on the Dark Side of the Moon?). His musician moniker is "Professor Moore."

It was an American mission to land on the moon. But it would have been impossible without the rest of the world. The Apollo program relied on a global network of tracking stations and their engineers. (12.07.2019)

A new race to the moon? US wants to lead the way

Half a century after the first lunar landing, a new race to the moon may be underway. The United States is out to win again. What are the Russians hoping for? And is there a role for the rest of the world? (22.04.2019)

Space exploration was about politics and power. Then, science. It's now also about money. And a growing list of players. (12.07.2019)