The long shadow of digital darkness in India

Government-imposed internet blackouts have increased in India over the last years. Technologist and public policy researcher Rohini Lakshané describes the impact of internet shutdowns to people in India. 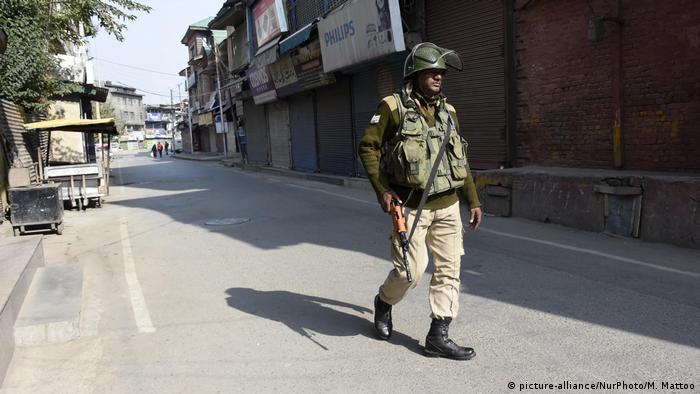 One summer evening in August last year, the Indian government placed the state of Jammu and Kashmir under military lockdown, imposed a blackout of all communications services, stripped the state of its autonomous status and redrew its borders. It was the start of what would become the longest internet shutdown in a democratic country. It is one of the 121 shutdowns to have happened in India in 2019 and one of the 394 that have occurred in the country since 2015 - figures that make India the world’s internet shutdown capital year after year.

The government for its part maintains that blackouts of telecommunications are an instrument to prevent the spread of violence, curb rumors and misinformation, control public unrest or “terror activities” and to prevent “proxy wars” and “the spread of propaganda/ ideologies” that cause “disaffection and discontent among people”. Part of the justification given for such executive fiats is the violent armed insurgency that Kashmir has been experiencing since the 1990s. 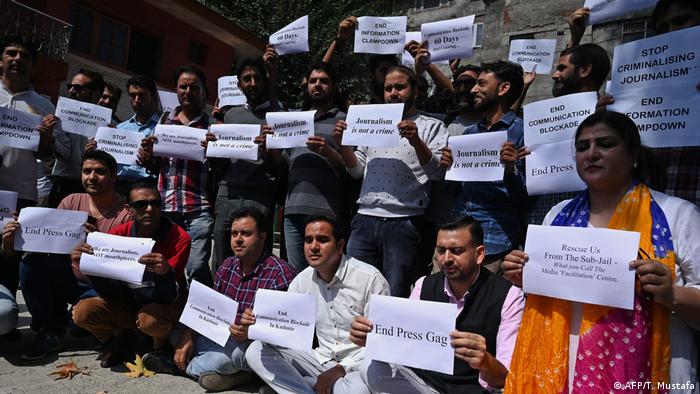 Shutdowns in the country are highly localized, restricted to a city, district or region, always implemented unannounced to the public, and lasting as long as the administration deems fit. Sometimes mobile voice, SMS and local TV broadcasts are shuttered along with the Internet. Two major incidents in the country led to a slew of network disruptions in the country last year: widespread public protests against a new citizenship law passed by the Parliament (dubbed by some as India’s Nuremberg Law) and the Supreme Court’s final judgement in a long-standing dispute over a religious site.

The impact of shutdowns on the economy is, unsurprisingly, devastating. A conservative estimate by Top10VPN pegs the economic cost of shutdowns in India in 2019 at USD 1.3 billion and the number of shutdown hours at 4,196. For the people directly affected by a shutdown, the absence of reliable information creates a milieu of fear, anxiety, uncertainty and lack of safety, while providing room for rumors and misinformation. For media persons, a lack of internet access deprives them of the tools of their trade, hindering their most basic activities, and further feeding the information vacuum. It also upsets one of the fundamental checks and balances in a democracy: the freedom to access information and the freedom of speech and expression. 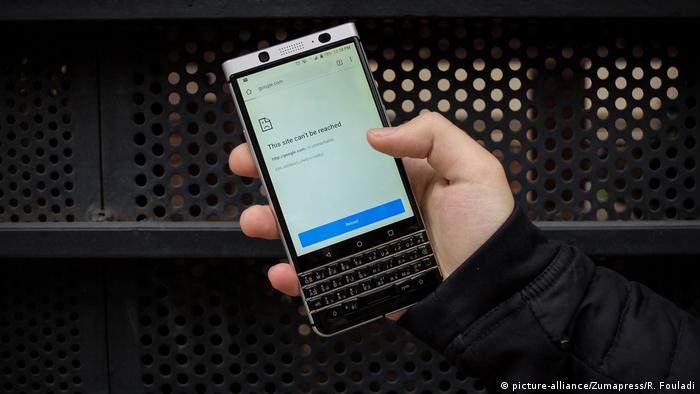 A man shows his phone while unable to load a website

Several studies have documented the impact of Kashmir’s shutdowns and the suspension of civil liberties on media professionals: closure of publications, diminishing advertising revenues, loss of employment and professional opportunities, wage cuts, fear for safety, self-censorship and an overall chilling effect on the freedom of the press, all of which were subsequently exacerbated by the COVID-19 outbreak. To make ends meet, some journalists were compelled to switch to other professions, such as running a cafe and even manual labor.

Internet shutdown in Kashmir and Myanmar

A limited relaxation of Kashmir’s indefinite curfew in November led to hundreds of people, including journalists, to travel 100 kilometers or more every day to visit internet kiosks and exercise what is considered a fundamental right in many parts of the world - internet access. In response to an order of India’s Supreme Court in January 2020 decreeing indefinite internet shutdowns as unconstitutional, the government introduced a whitelist for internet access at 2G speed. Theoretically, the shutdown has ended but it lives on as a slowdown in which data speeds are too low to allow meaningful usability and access. Researcher Prateek Waghre and I conducted an empirical analysis of the whitelist, which showed that only a fifth of the URLs in it were practically usable. The whitelist was expanded over a few iterations before being scrapped altogether.

Read more: Tor, Psiphon, Signal and Co.: How to move unrecognized on the Internet 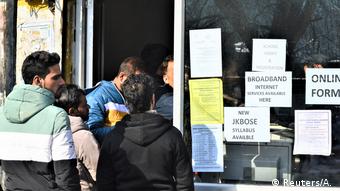 People line up to go online at an internet cafe in Banihal, India

As I write this, Kashmir’s deprivation of meaningful internet access is nearing a year. Like Kashmir, another conflict-stricken geography and India’s neighbor, Myanmar has imposed an internet blackout in the Rohingya-majority Rakhine and Chin states since June 2019, making it the world’s longest shutdown ever. The long shadow of digital darkness engulfs authoritarian regimes and democracies of all stripes.

The views expressed here are her own.

Rohini Lakshané is a technologist, researcher and former journalist.

Human rights activists are concerned that a year-long internet shutdown is jeopardizing the health and safety of people in western Myanmar caught between protracted conflict and the coronavirus pandemic. (24.06.2020)

Tracing apps, website blocking, and Internet shutdowns: During the Covid-19 crisis digital rights are under threat. Once in place, state measures to control Covid-19 risk being here to stay. (15.05.2020)

Last week, pictures of a toddler lying on the body of his dead grandfather sparked outrage in Indian Kashmir. DW's Rifat Fareed analyzes how the violent conflict is affecting Kashmiri children's growth and wellbeing. (09.07.2020)