The long path from forest to living room

For most families, Christmas wouldn't be the same without a Christmas tree. They didn't become a widespread tradition until the 19th century, but decorating trees has been going on for longer than you might think. 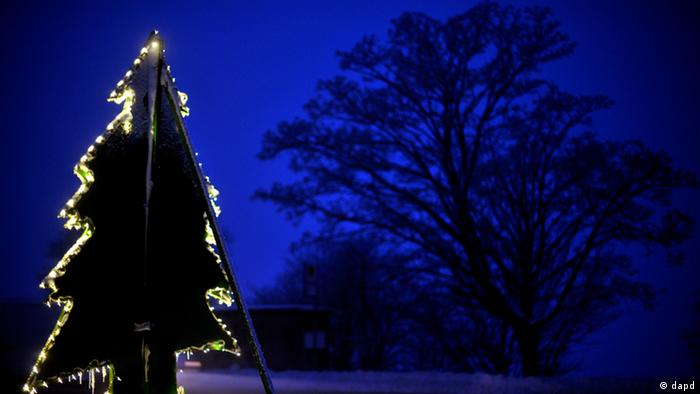 A 30-meter, eight-ton crane was needed to set up the Bavarian spruce in downtown Frankfurt. There on the Römerberg, the historic heart of banking capital, in front of the town hall, the city's Christmas tree can be admired by visitors to the Christmas market in the square. 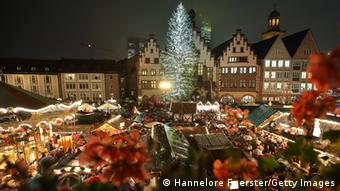 It is supposedly the largest Christmas tree in Germany, Jeffrey Myers explained. The American, who now lives on the Römerberg, has the opportunity to admire the tree everyday. Myers, who grew up in Kansas City, is a Protestant pastor and enjoys German traditions.

Myers knows that the festive season isn't complete without a Christmas tree. A good 21 million natural Christmas trees were decorated last year alone, according to the Federal Association of Christmas Tree Growers.

Christmas trees are a popular household fixture, decorated according to individual tastes and local and regional traditions.

The Christmas tree is an invention, as the author Bernd Brunner explained in his book, appropriately titled "Inventing the Christmas Tree." The first Christmas tree was erected in Freiburg way back in 1419. The local Guild of Bakers is said to have decorated a tree with ginger bread cake and nuts.

According to Freiburg legend, local children were allowed to shake the tree and devour the sweet treats on New Year's Day.

However, the story remains unconfirmed and other cities such as the Estonian capital of Tallinn and the Latvian capital of Riga also claim to have produced the first Christmas trees. 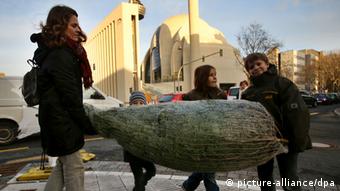 For many, picking out the tree is an annual highlight

The oldest decorations for Christmas trees originate from south-western regions of German-speaking Europe and primarily from Protestant areas.

Legend has it that a Christmas tree was decorated with apples and wafers as early as 1539 in the Alsatian town of Sélestat. The decorations were then eaten to mark Epiphany on January 6.

Documentary evidence of the erection of a Christmas tree in Strasbourg Cathedral dating back to 1539 also exists. It was the craft guilds and associations who placed evergreen trees in their guild houses.

But the custom first became widely popularized in the 19th century. Initially, only wealthy families could afford to have Christmas trees in their homes. The rest of the population had to make do with bunches of twigs and greenery.

From the forest to the home

There are numerous theories regarding the true origins of the Christmas tree tradition and many cultures have age-old customs relating to trees. Evergreen trees were considered the dwelling places of the Gods and a symbol of life. They represented good health and fertility, vitality and protection. 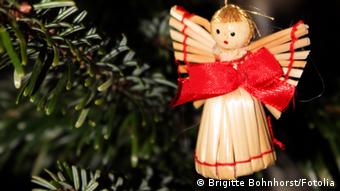 From nuts and apples, to angels and glass, tree decorations keep evolving

The Ancient Romans marked the New Year by decorating their houses with branches of laurel. The evolution of the Christmas tree stems from the medieval nativity play tradition. The story of Jesus' birth was staged for church-goers who were unable to read.

For a long time, churches refused to tolerate the "pagan" tradition of Christmas trees. "But the people prevailed and the Protestant Church kept to its democratic tradition and turned the Christmas tree into the symbol of Christmas for every believing protestant," Myers said, laughing.

So the Protestant Church was responsible for the laying the foundations of the Christmas tree tradition. Historical sources attest to the emergence of Christmas trees in the Catholic regions of Germany and Austria at the end of the 19th century.

Over time, the decorations adorning Christmas trees have become more elaborate and ostentatious. The first tree was decorated with lights in 1611 when Duchess Dorothea Sibylle of Silesia illuminated her tree with candles. 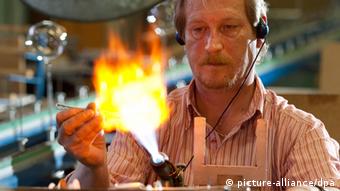 Lauscha is still famous for its glassblowing and ornament making traditions

Ornaments made from hand-blown glass emerged around 1830. Legend has it that the idea of bedecking Christmas trees with colored glass came from a poor glassblower in the eastern German town of Lauscha. Apparently he couldn't afford to adorn his own tree with expensive walnuts and apples.

True or not, the fact is that the Thuringian Forest, in particular the area surrounding Lauscha, remains one of the most important glassblowing regions in central Europe.

From cult object to pop sculpture

Whether they're made from glass or plastic, Christmas tree ornaments in all colors, shapes and sizes are a firm festive favorite.

The latest trends in Christmas tree decoration can be viewed every year at Christmasworld in Frankfurt am Main - the world's largest international fair dedicated to Christmas decorations. 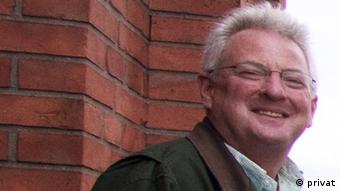 Jeffrey Myers is at the fair in a booth set up by the Protestant Church. But he's not there to catch up on the latest decorative trends. He's there to remind people of the true origins of Christmas. "Many people have already forgotten," he said.

Christmas is a religious festival celebrating the birth of Jesus Christ, even if nobody really knows the exact date of Jesus' birth in Bethlehem.

But traditions are very important in Germany: According to the organizers of Christmasworld, Germans are more inclined to ignore fashion fads in favor of adorning their trees with the objects familiar to them from their childhoods. Glass ornaments in classic red, silver and gold are perennial favorites in German households.

From Christmas markets and mulled wine to family gatherings and traditional food, find out how Germany celebrates the holiday season. (13.12.2012)

Christmas wouldn't be Christmas without a Tannenbaum. The Tannenbaum may be quintessentially German, but how important are trees in the German capital? DW's Tamsin Walker went to find out. (14.12.2012)

Neither good girls nor boys in Sweden this year

When shopping for the holidays, would you buy your daughter a toy gun? Or your son a doll? Swedish retailers think you would - and they've pioneered gender-neutral advertising aimed at children. (14.12.2012)

Rothenburg ob der Tauber is Germany's Christmas capital and it's the home of the world's only Christmas museum. It's also the only place you can buy Christmas products at any time of year. (06.12.2012)