Christmas wouldn't be Christmas without a Tannenbaum. The Tannenbaum may be quintessentially German, but how important are trees in the German capital? DW's Tamsin Walker went to find out. 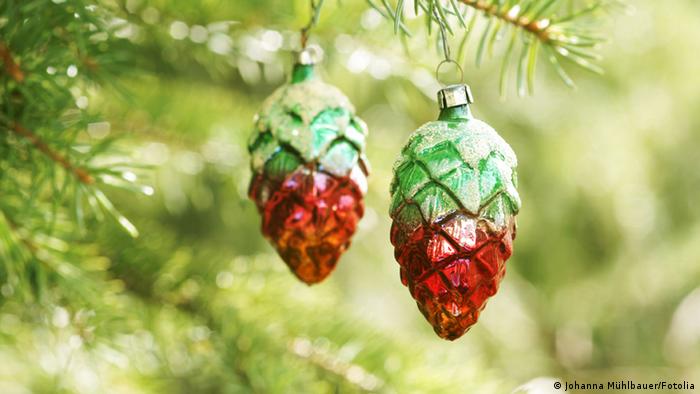 It's that time of year again when little corners of Berlin's wasteland fill with the unmistakeable smell of the trusty old Tannenbaum as they become Christmas tree sales grounds. The one closest to my home is at the far side of a park - a park home to all manner of trees, yet none that would sit comfortably in a bucket come the end of December.

Even if there were, I doubt I'd be out wielding an axe. Too much like hard work, and besides, I'd be messing with the tree register.

Yes indeed, the Berlin authorities, or at least a given department thereof, knows exactly - and I mean exactly - how many trees over a certain height there are within the city limits. Moreover, they know where they can be found and intimate details about their respective states of health.

When I first came across this fact, I thought, "How quaint." Berlin loves its trees so much that it knows it currently has 438,470 of them. It also knows that 155,768 are limes and 86,591 are maples. It knows how many of each variety can be found in each district, along each street. Berlin is Big Brother to its trees.

World War II when Berliners plundered their parks in a bid to stay warm. (By the end of the war, there were just 160,905 trees.) Or, at the very least, I thought, it must have something to do with the city's claim to be one of Europe's greenest. But it turns out I was barking up the wrong tree on both counts.

In fact, the register is there as a means of preventing accidents caused by falling branches. Every year, each tree is given the once over and doctored or felled as seen fit. Having a tree register is a responsible thing to do, and I get it. But part of me would have liked to think the relationship between the city's inhabitants and its oaks and chestnuts and suchlike was based on more than mere security.

When I put it to Katrin Koch of the nature conservation charity, NABU, that the number of streets named after trees suggested a close bond between Berliners and their Bäume, she laughed. "Most of them don't care until someone comes along with a saw and starts to cut them down," she said. 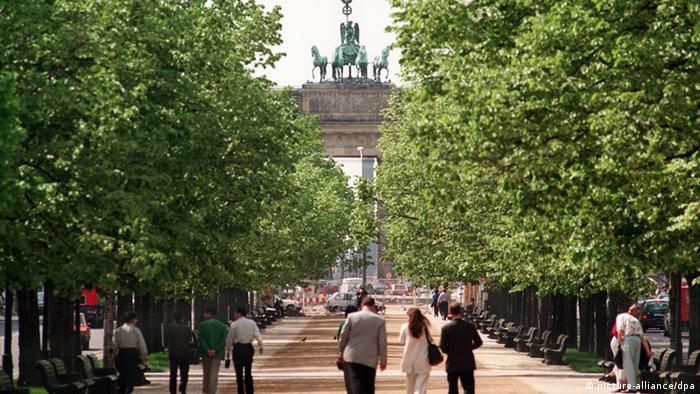 She assured me that while there are some people who love the city's trees enough to go the extra mile and plant flowers at their feet or water them during the summer months, there are just as many again - and probably many more - for whom they are a nuisance.

"Because you know what," Koch continued in her deadpan Berlin style, "Trees shed their leaves, their branches grow too long, their fruit drops into the garden nextdoor, their roots make sidewalks uneven, which means you can't park properly, they drip sticky stuff on cars, and heaven forbid, they even provide shade!"

Technically speaking, that last complaint is on the Berlin senate's list of positive side effects of trees. "They improve the city's climate by producing oxygen, reducing dust formation, and creating shade," reads the promotional blurb for a sponsorship scheme to get an additional 10,000 trees into the ground. 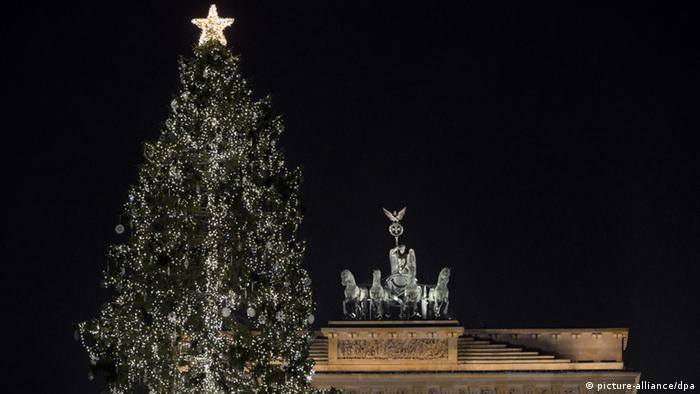 One Berlin tree gets a place of honor

The cost of buying, planting and nurturing a sapling for the first years of its life is around 1,000 euros (nearly $1,300), and the project, which was launched this year, works on the basis that once half the sum has been raised in the form of private donations, the authorities will stump up the rest.

Photos of smiling, shovel-wielding citizens and politicians scream happy green city, but if Koch is to be believed, once the trees are in the ground and doing their best to grow, they will become invisible to everyone but tree-huggers, dogs who need to pee, and drivers who bump into them without a care.

Surely they deserve better than that, these trees. But Berliners are not known for being gentle, and the way they treat their Tannenbäume is a perfect illustration of that. For come the first days of January, their branches will be stripped of tinsel, glass balls and fairy lights before they are hurled from balconies onto the street below, quite possibly crushing an occasional thousand-euro sapling in the process.

Berliners spoiled for choice during holidays

It's not a city normally associated with Yuletide cheer, but Berlin actually has more Christmas markets than anywhere else in Germany. Are any of them any good? Jefferson Chase went out for a wander. (07.12.2012)

According to the WWF, somewhere in the world, an area the size of 35 football fields is cleared of trees every minute. But in Mexico a counter trend is in the making. (04.12.2012)