At a small dead-end street in a suburb of Cologne-Roggendorf, well kept houses line the streets. Popularly known as a "Gypsy settlement," the area is home to 18 Sinti families. 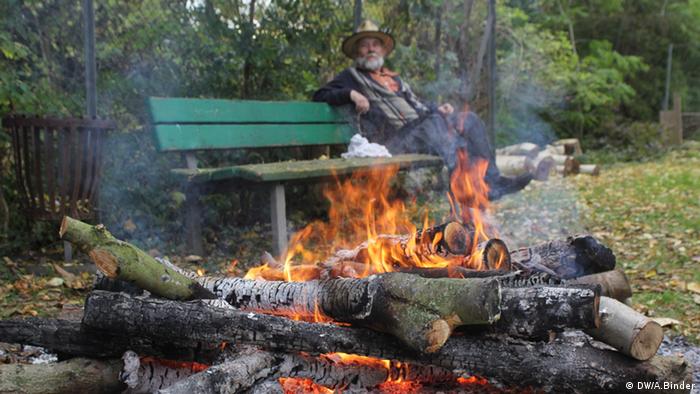 Children play in small groups on the street, men stand on the sidewalk, and at the end of the row of houses, women prepare food. The smell of firewood hangs in the air on a warm, sunny day in October.

Markus Reinhardt, a musician has lived here since his youth. When the settlement was planned at the beginning of the 1970s, in a suburb on the outskirts of Cologne, there were disagreements with locals, he said, "the old-timers didn't want us to be here." One of the local bar owners even put a sign up saying "no entry for gypsies" before removing it later himself out of fear of legal action against him. The situation has relaxed somewhat over the years.

Next door to the Gadjes

Today, there is still friction between the Sinti and their neighbors, the non-gypsies, or Gadjes, over everyday things. "They get upset once in awhile about the smoke," said resident Sekulo Steinberger. "When we party a little longer than we should, the police are here really quickly. Then we use our muted violin, that sounds really romantic. That's how we send our neighbors to sleep," he added with a grin.

Community life in the village happens outside. In the spring, some families without school-age children take a caravan and go on a holiday. "When the first rays of sun come out after winter, we get itchy feet," said Johann Feix, who left Saarland for Cologne and married into the local tribe. 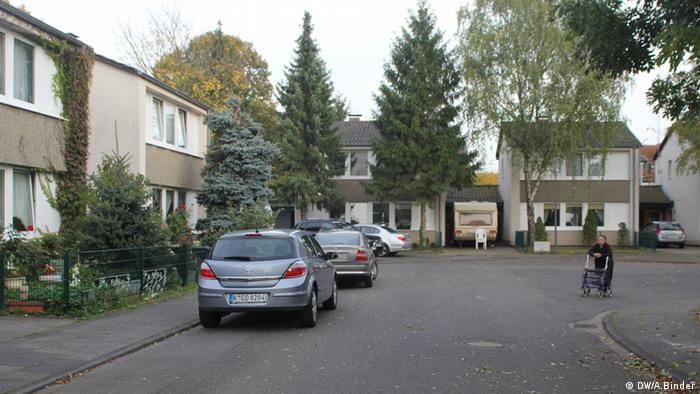 Community life happens outside, children play in the streets and adults gather

Amongst themselves, people here speak the language of their ancestors. "We have no written language, everything is passed on orally. The elders are our books, so we are dependent on them," said Reinhardt.

Members of both the Roggendorfer Romani clans speak fluent German. And like other languages the Romer language is constantly changing. "For many things we use German words. For example we don't have a word for war in our language, because we've never been a nation who has had to defend themselves," said Reinhardt.

The politically correct term "Sinti and Roma" is not one Reinhardt said he likes, "We want to be called Gypsies, that is the normal German word for us. That it was used so negatively in the Third Reich is one thing, but Sinti and Roma is just wrong. What is with all the other clans that are simply omitted?"

Reinhardt said he and his family regard Cologne as their home, "When the FC [football club] loses, then half the settlement is crying," he said. And his cousin Johnny added, "We are Cologne Sinti."

In addition to the language, the cohesion of family is vital to the survival of the culture. Only then is it that everyday rituals are taught to the younger members of the clan.

"The boys see what we do," Reinhardt said. "That makes the gypsy life. If I live alone, I can't share my knowledge with the community."

Another link between old and young, is music. "My great uncle Django Reinhardt, for example, played old favorites, but in a very specific way," Reinhardt said. "We learn music, like children learn language. We watch the older people, until we can do it like they do."

Dislo, Reinhardt's son, and a friends Samjo and Speckoformed the hip hop group Westside Sinti Music (WSM), and although they speak perfect German, they said they choose to rap mainly in Romani "because it flows better." Their lyrics are about everyday things like being outside, going on holiday and the strong cohesion within the settlement. 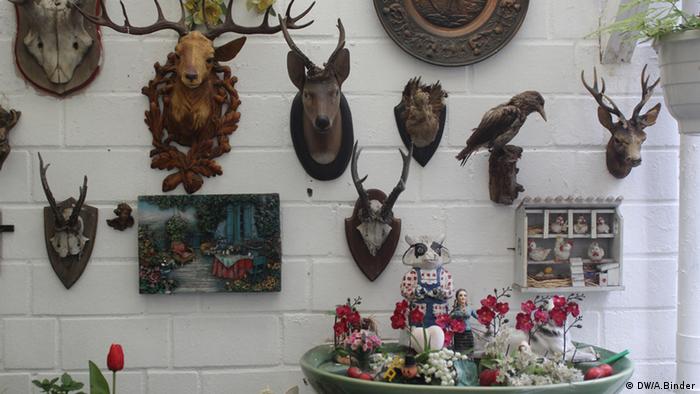 The Sinti are very much German, with their deer heads adorning their walls

"Our family thought it was cool," Specko said. It's thanks to the Gypsy festival, which was attended by enthusiastic non-Gypsies, that the Sinti-culture now has a firm place on the Cologne culture scene.

Clichés are there to be changed the settlements inhabitants said. Completely relaxed, they play to the public's perception and greet us with patience, humor and hospitality. As a Sinti musician, Reinhardt moves between the two extremes, romanticization and stigmatization. Prejudices mean nothing to him, he said, you just have to be willing to change them.