"We need media that covers power and doesn’t cover for power," says U.S. journalist Amy Goodman in a discussion on political opinion-making in the digital age at the Deutsche Welle Global Media Forum in Bonn. 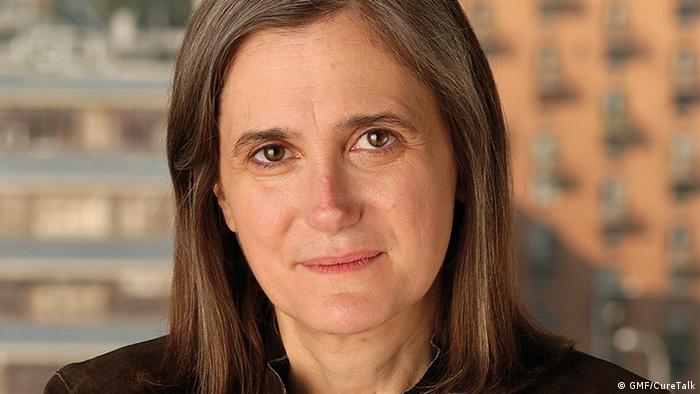 Discussing the proper role of journalism in covering topics such as war and political crises, U.S. journalist and co-founder of the independent news program, Democracy Now!, Amy Goodman, says, "I really do think that the media can be the greatest force for peace on Earth. Instead it is all too often wielded as a weapon of war."These are critical times in the U.S., says Goodman, "when whistleblowers are under attack, when journalists who are supposed to be there to ensure the functioning of a democratic society, are very much under siege." She stated that under the Obama Administration, "More whistleblowers have been prosecuted than in all the presidencies combined of the past."In reference to NSA inquiries taking place this week in Germany, she said, "There is a very serious opportunity this week for Germany to open up a discussion that we may not be having in the United States."

The role of journalists in totalitarian states was also part of the debate. Guy Berger, Director of Freedom of Expression and Media Development at UNESCO, says that journalists are, "symbols of freedom of expression for everyone. If you don'tprotect them, their sources will be frozen."His remarks refer to November 2, which the United Nations has declared as the International Day to End Impunity for Crimes against Journalists.

In a discussion about striking a balance between preserving civic freedom, state security and personal privacy, Matthew Armstrong, member of the U.S. Broadcasting Board of Governors, says, "You can't censor the Internet. In fact what we have seen is that when regimes shut down mobile and Internet connectivity – whether it was Iran, Syria or in a dozen other cases – they turn them back on very quietly … because of the collateral damage it causes to the regime."

Continuing in this regard, Emma Ruby-Sachs, Campaign Director at the social activism network, Avaaz.org, called for more freedom of opinion online. "The right of the people to speak freely and to deliver information is fundamental." For her, the Internet is the "new global superpower."

The 2014 Global Media Forum is held in cooperation with many national and international partners, such as Amnesty International, Deutsche Telekom, the Grimme-Institut, NATO, the United Nations, the Vodafone Institute for Society and Communications and Voices of Africa. The conference is co-hosted by the Foundation for International Dialogue of the Sparkasse Savings Bank in Bonn. Support is also kindly provided by Germany's Federal Foreign Office, the Federal Ministry for Economic Cooperation and Development and the City of Bonn. Cooperation partner is The Right Livelihood College Campus Bonn.