In a move to reclaim the lost glory of Mombasa, the government and local private stakeholders are tackling the 50-year-old Kibarani dump. They have started to repurpose the tract of land into a green recreational park. 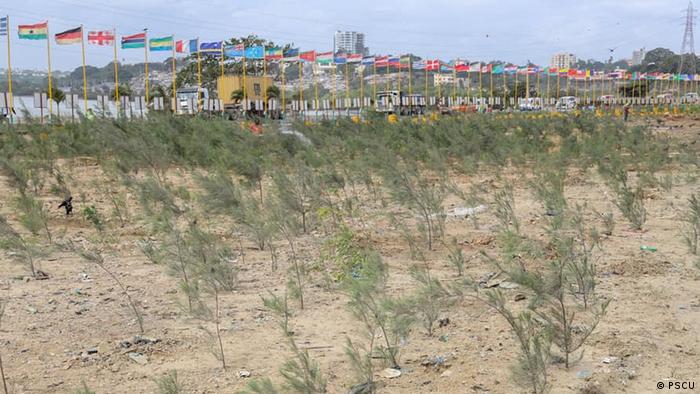 Kibarani is the gateway to Kenya's oldest city, Mombasa. But for five decades, it has been characterized by a sprawling dumpsite beside the Indian Ocean. Not only an eyesore, the site has long been a public health concern for locals as well as the cause of marine pollution.

But now it's facing a greener future as a park.

As part of a move by the government and private stakeholders keen to reclaim the lost glory of Mombasa, a once famous tourist city, the garbage site has been relocated to Mwakirunge, another neighborhood in Mombasa County, and different varieties of trees have been planted in places once given over to rotting trash.

Read more: A green oasis in the land of the pharaohs 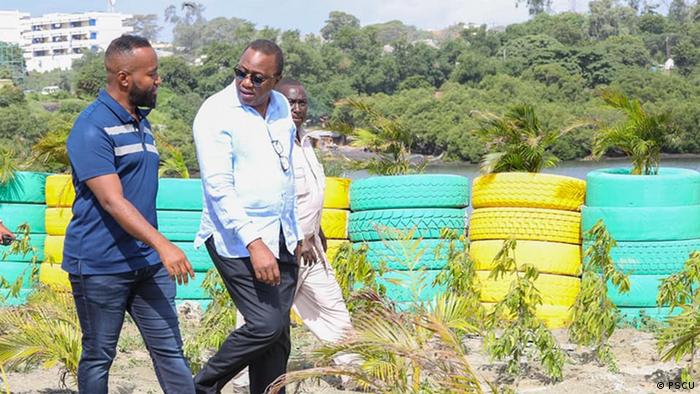 The governor of Mombasa County, Hassan Joho, had promised to deliver a new face for the site.

"There are serious historical damages in terms of environment that we need to deal with," he said. "We're not yet done but we're on the right track."

It is estimated that the project will take between three and five years to complete. And while development continues, part of the area has been turned into a garden with sculptures of wild animals sitting on artificial grass.

Environmentalists have raised concern over that use of the land, saying it is harmful because it suppresses the local ecosystem that touches the Indian Ocean.

"They are also interfering with the soil there," Benson Wemali, an environmentalist, told DW.

"Kibarani was a dumpsite and is very fertile for natural grass and flowers to grow. If we are to have a recreational park then it should be natural." 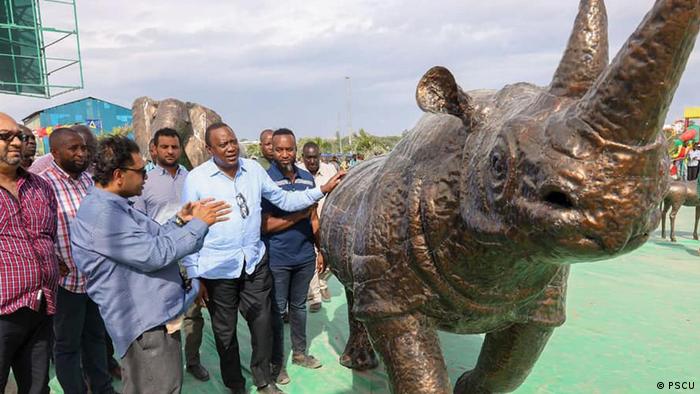 One of the new wildlife sculptures decorating the park. Notice the plastic 'grass'

During a recent visit to Mombasa, Kenyan President Uhuru Kenyatta expressed his satisfaction with the progress of the Kibarani beautification project.

He said he was impressed by the transformation and encouraged the county government to improve other public spaces across the city as well.

The decision to close the Kibarani dump was made early last year and trash disposal on the site was stopped before the transformation project got underway.

Waste management in the city has continued to be a challenge for the county government, which has long been an issue for the local population

Authorities have roped in teams of soldiers and volunteers to help tackle wildfires in the Mount Kenya national park. Illegal marijuana farming has been blamed for the blaze, which threatens natural bamboo forests. (02.03.2019)