The German roots of California wine

In 1875 the German Beringer brothers were among the first people to start producing wine in the United States. Their business, based in California, is still going strong and has established itself as a global player. 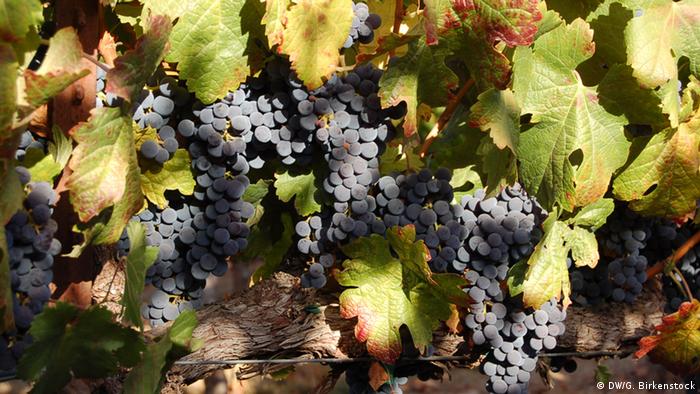 Between 1868 and 1888 more than two million Germans emigrated to the United States, tempted by the promise of a better life in the new world. The Beringer brothers from Mainz were among them. Friedrich started his career in the United States as a businessman in New York, but he didn't like the big city on the eastern seaboard. His brother Jakob joined him there in 1869. The Beringers already had some experience of the wine-growing business at home in the Rhineland, and when Jakob heard about the good soil and ideal climate on the west coast, the two of them decided to set off for California. 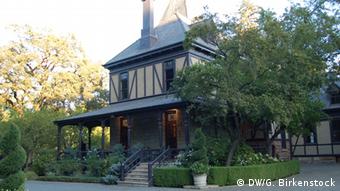 Jakob Beringer became a manager for Charles Krug, a Prussian immigrant, whose commercial vineyard in California's Napa Valley was the first in the region, opening in 1861. However, a disastrous fire wiped out the winery, and it took Krug's business a long time to recover. Eventually both he and Beringer were to become icons of the American wine industry.

Innovative from the start

In 1875 Jakob Beringer decided to branch out on his own. He and his brother Friedrich purchased the St. Helena vineyard, with 75 hectares of vines. There they built, among other things, a reminder of their homeland in the form of the "Rhine House," in the traditional half-timbered style, an impressive building with 17 rooms that today is a popular tourist attraction.

From the very beginning the Beringers were great pioneers in their field. They also proved to be resourceful businessmen. They had a system of deep underground tunnels built, dug out of the rock by Chinese workers who had come to the United States to work on the now-completed transcontinental railway. The system included an enormous wine cellar with a constant temperature of 14.5 degrees Celsius (58 degrees Fahrenheit), ideal for producing and storing wine in the Napa Valley, which can be very hot in summer.

And they had many other good ideas, says Laurie Hook, who now runs the Beringer winery. "One of the Beringers' many innovations was to make gravity work for them as part of the winery's processes. They would take the grapes up the mountain in horses and carts, and then let them drop down from there into the fermentation room." It's a technique that's still used today in modern organic viniculture, because wine that has not been pumped over long distances is of better quality. This is the kind of thing you learn from experience.

The Beringers also started their own wine school with the aim of using microbiological discoveries in wine-making, long before similar institutions were established in the United States and Europe. European experts were invited over and helped push these dynamic developments further.

In the late 19th and early 20th century, the phylloxera pest destroyed the majority of the vineyards in Europe. This worked in favor of the American winery. The Beringers were able not only to do good business at home, but also to export their wines abroad to countries where wine production had come to a sudden halt. 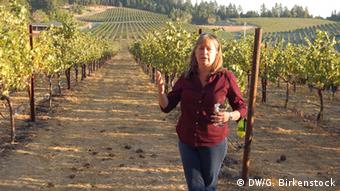 Laurie Hook is the chief winemaker at the Beringer winery

When Prohibition in 1918 banned the sale of alcoholic goods, the majority of North American wineries collapsed. Production in the Napa Valley sank by more than 90 percent. The Beringers, however, were given special permission to produce wine "for religious purposes" - Communion wine - and so were able to survive. When, in 1932, people began to suspect that Prohibition would be repealed, the manager at the time, Fred Abruzzini, took a chance and produced far more than the permitted quantity. It was a very risky move, but it paid off: In December 1933 the ban on alcohol was repealed, and the Beringers were immediately in a position to supply wine to their thirsty countrymen.

Tourism as a new source of income

Over the following years the winery started to open its doors to a wider public. Wine tourism was introduced very early on in the Napa Valley. Today, hordes of visitors come not only to Beringer but to wineries all over the Napa Valley to admire the historic buildings, to taste and purchase the wines - some of them at very high prices - and to buy all kinds of souvenirs. 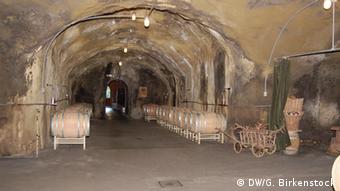 The temperature in the tunnels is a constant 14.5 degrees Celsius

As is usual when businesses expand, the winery has changed hands several times since the 1970s. Today it covers 1200 hectares (3000 acres) and belongs to the Treasury Wine Estates, a global consortium based in Australia. The focus remains on innovation. Alongside seminars for wine experts in its own teaching center, a "Culinary Arts Center" was also established on the Beringer estate in 1984 - a school for American chefs dedicated to matching food with the right wine.

But for Laurie Hook, the most important aspect is that the winery's family management style has never changed. "Ever since it was founded more than a century ago, there have only been seven winemasters," she said. "All the owners were very aware of how important it is that you need time and a profound understanding of the work in order to produce a high-quality product."

The United States today has around 320,000 hectares of vineyards - three times as many as Germany. Most of them are in California, but only 18,000 lie in the Napa Valley. Nonetheless, the Valley remains the country's best-known winegrowing region.

Rudy Kurniawan, 44, was once a mover and shaker in the luxury wine industry, selling bottles worth millions to the rich and famous. But it soon emerged that he was scamming his clients by just repackaging cheaper wines.