The former president of The Gambia, Yahya Jammeh, may have been known as a brutal man, merciless and one of the 21st century's dangerous dictators, but the man is missed dearly in his home district, Foni Kansala. Residents there say life is getting worse day in, day out. Jammeh, a Muslim of the Jola ethnic group, had supplied water and electricity to minority Jola free of charge. "We are not happy at all since our president left. We're not happy because there's no electricity anymore," resident Oumie Ceesay told DW.

Read also:  The Gambia: A new era of press freedom

In Foni district of the West Coast region, Jammeh also had a modern market built, ensuring that women like Ceesay could preserve and sell their foodstuffs.

According to Demba Ali Jawo, the minister of information and communication infrastructure, residents have access to water and electricity, but they have to pay for it, and that's precisely what they're protesting. "President Jammeh gave an unfair advantage to some parts of the country, which was not fair to the rest of the population," Jawo told DW. He explained that "one particular village was getting all these facilities for free at the expense of the state, and other parts of the country were not electrified at all." The new government says it's trying to redistribute the country's resources in more equitable manner. 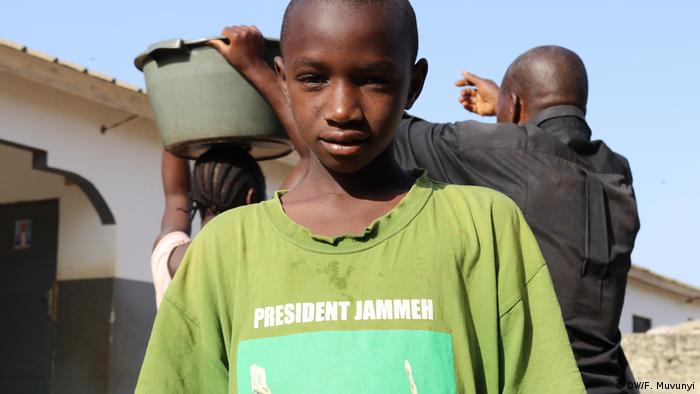 In December 2016, former President Jammeh lost the election to a businessman, Adama Barrow, but he subsequently refused to step down. Then the political drama ended with an armed intervention threat by the Economic Community of West African States (ECOWAS) to remove Jammeh by force. He finally relented and left the country, taking with him a fleet of luxury cars and cash.

More than a year after Jammeh was persuaded to leave, his image still adorns the T-shirts and printed cloth worn by supporters of his party, the Alliance for Patriotic Reorientation and Construction (APRC), which has struggled to find a replacement for the strongman who said he would rule for "a billion years if Allah wished it."

Read also: The Gambia's search for truth and justice

Incredible support for Jammeh is nowhere more alive than in Foni Kansala, where the division Jammeh sowed between his ethnic group, the Jola, and the majority Mandinka has often broken out into violence. But some prominent voices still advocate Jammeh's legacy. Musa Amul Nyassi, 49, is a member of the Gambian parliament and a former minister of land in Jammeh's government.

The parliamentarian has one thing in common with the residents in Bwian. He's a solid supporter of the former president and a strong pillar of the APRC. For many Gambians in this region, including MP Nyassi, Jammeh is the father of the nation, who should be returned in dignity. "He has brought unprecedented development in the country that no Gambian ever thought," Nyassi told DW. "We feel that with all he has done for his country, whatever it is, he should also be given the right to come back and stay in the country like any other ordinary citizen," Nyassi added. 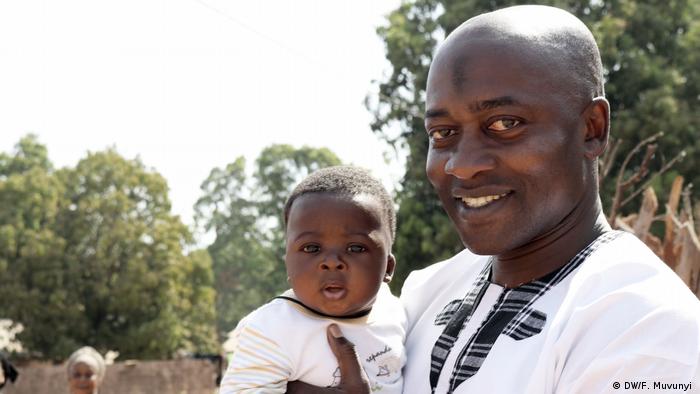 Equatorial Guinea's longtime President Obiang Nguema welcomed him. To the best of public knowledge, Jammeh has remained there ever since. But from afar he still rules the hearts of many in the Foni region, presenting a stumbling block for the current government in rebuilding a united people.

The new Gambian government has accused Jammeh's supporters of welcoming foreign rebels into their homes in an attempt to destabilize the West African nation. Recently, Barrow and his cabinet members visited Jammeh's stronghold to try and win over the former leader's supporters. "We are very optimistic that as time goes on the people will come to realize that President Jammeh has gone and he's never likely to come back to this country as a leader," Minister Ali Jawo said.

One thing is for sure, The Gambia has a new leadership and most citizens are free to speak out without fear for their lives. But more than a third of the country's population lives below the UN poverty line of $1 per day. The Gambia's poor are mostly in rural areas, and 60 percent of them rely on agriculture to make a living. Irregular rainfall, economic instability, and fluctuating food pricing all add to the already divided country.