100 years ago, the horror ended on the battlefields of the First World War. The cinema has captured these memories — in famous feature films and in a documentary sensation. 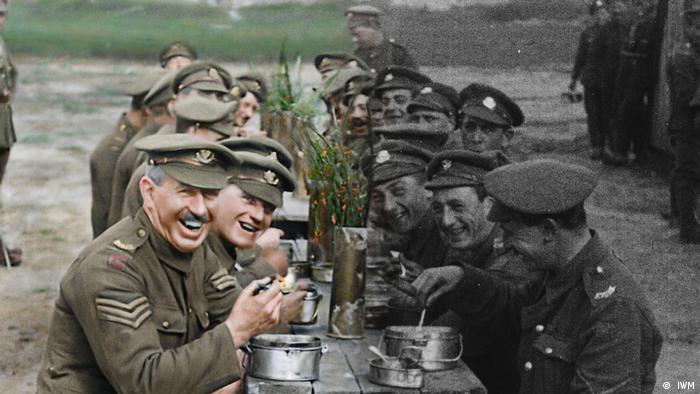 Early photographs and films documenting World War I were all in black-and-white, without any synchronized sound. Although initial simple color photography methods already existed during the war, they did not become widespread until the 1930s, and even later in film. Sound cinema was only invented a decade after the end of the First World War.

Now, advanced digital technology makes it possible to perfectly colorize old black-and-white footage and set it to sound. In this vein, a documentary film was recently premiered at the London Film Festival, which viewers saw as a sensation: They Shall Not Grow Old by Peter Jackson.


The First World War on the digital edge

The New Zealand writer, director and producer Peter Jackson, famous for his Lord of the Rings trilogy, viewed 600 hours of footage from the archives of the Imperial War Museum in London to assemble it into a 100-minute documentary film. But the real show-stopper is the digital technique used to perfectly colorize the images. He also added sound and dubbed in voices to the previously silent material with the help of lip-readers.

The result was met with broad acclaim in London. A Variety critic said that Jackson had helped to expose a reality that was on the verge of disappearing. In particular, critics praised the director's efforts to portray the everyday lives of the many young soldiers who later died in the thousands at the front.

The Guardian commented similarly: "The effect is electrifying. The soldiers return before our eyes to an eerie, hyper-real life, like ghosts or figures called together in a seance. The faces are unforgettable." They Shall Not Grow Old is to premiere exclusively on the BBC on November 11. The film may also be shown outside the UK in the near future. 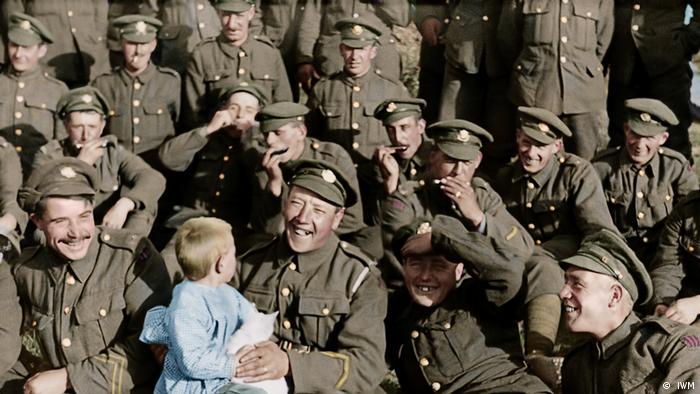 To commemorate the 100th anniversary of the end of the war on Nov. 11, various film distributors are also offering premium DVD editions of classic films, such as these three cinematic masterpieces.

Georg Wilhelm Pabst's Westfront 1918 is often compared to the even more famous All Quiet on the Western Front, which was first screened in cinemas at about the same time. Both are undoubtedly anti-war films, but Pabst's film is, according to contemporary and later critics, the more committed film to this end. In Westfront 1918, one of the first German talkies, the director depicts the experiences of four German soldiers at the front in the last year of war and shows episodes from their home leave.

Pabst used a very realistic narrative style. In contrast to many popular films of the time glorifying the war, Westfront 1918 shows the war in all its brutal facets — death, injury, and madness. "The war film Westfront 1918 rejects the most furtive transfiguration of war as a place of human probation," the film historian Enno Patalas said of Pabst's ruthless work.

The film was banned in 1933; the Nazis had clearly recognized the director's cinematic pacifism. 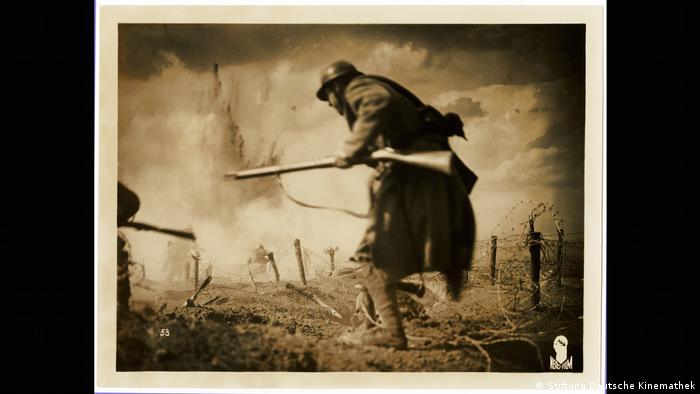 In 1931, Pabst shot Kameradschaft (Comradeship). Even though the plot of the film is not set during the First World War, it is still a record of the post-war period. Kameradschaft depicts the fatal late consequences of combative conflict and the deep mistrust between the French and the Germans after 1918.

Over a decade after the end of the war, a devastating mining accident occurs in France near the German border. The film shows how German miners decide on a selfless rescue operation, which helps saves the lives of many French miners. French and Germans thus shake hands.

A special feature of Kameradschaft is that the film was shot in two languages, with the Germans and the French speaking their own language. There was no synchronization of the respective foreign languages, and subtitles were also omitted.

"Several scenes and twists in the plot live precisely from the fact that misunderstandings arise through the lack of a common language," said Martin Koerber of Deutsche Kinemathek – Museum für Film und Fernsehen (German Cinemathek – Museum for Film and Television). Koerber was jointly responsible for the restoration of the film. Even today, the mistrust can be perceived when viewing the film, but also the attempts to overcome the lack of understanding. 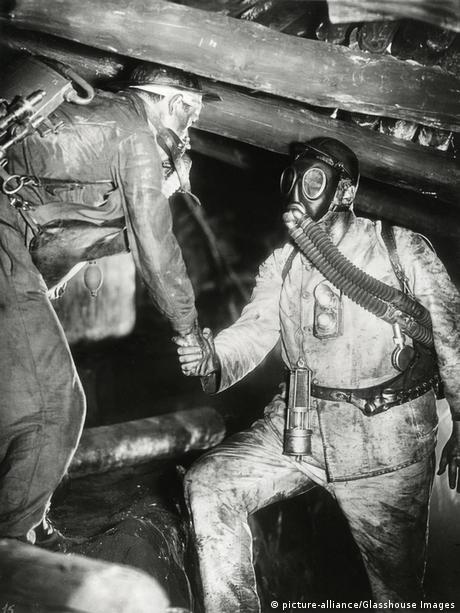 A quarter of a century later, one of the most famous anti-war films in cinema history, Stanley Kubrick's Paths of Glory, was also an anti-class film — one that harshly and ruthlessly showed that war is also a war between different social classes, that of ordinary soldiers and officers.

Kubrick focused on the trench warfare between Germans and French in his film, exploring like Pabst in Kameradschaft the "emotional solidarity across national borders," as write film scholars Bodo Traber and Hansjörg Edling in Filmgenre: Kriegsfilm (Film Genre: Anti-War Films). Here, however, it is exclusively the French side that comes into the picture. 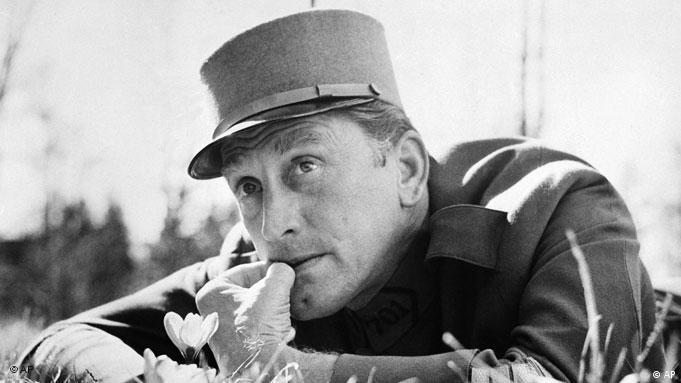 The order to conquer a German position is doomed to failure from the very start. The French officers are aware of this, but the fateful command is issued nonetheless. Hundreds of soldiers die. Yet afterwards, the murderous hustle-and-bustle continues in mad fashion as the French want to initiate a trial against their own soldiers for refusing to obey orders and for "cowardice in the face of the enemy."

Kubrick clearly depicts the events of the war and the horrible circumstances surrounding them. That had consequences. Paths of Glory was banned and censored in several countries. It was not released in France until 1974. In Germany, it was removed from the Berlinale film festival program, and in Switzerland, it was censored by the army. The US military banned screenings of the film at its European bases.

He captured the horrors of World War I in his novel, garnering him intense criticism. Did Ernst Jünger glorify the violence, or did he mercilessly describe it? (08.10.2018)

Stanley Kubrick's Napoleon and the top 10 greatest movies 'never made'

Stanley Kubrick's film project Napoleon has been dubbed "the greatest movie never made." DW revisits its story as well as other ambitious works that never or barely made it to the big screen. (15.06.2018)

In 1921, Gabrielle "Coco" Chanel launched a new fragrance created for women. The result: Chanel No. 5 — the most iconic perfume of the 20th century.