Germans are world champions at garbage recycling. In his ninth column, Peter Zudeick finds out why environmental awareness is part of our DNA. 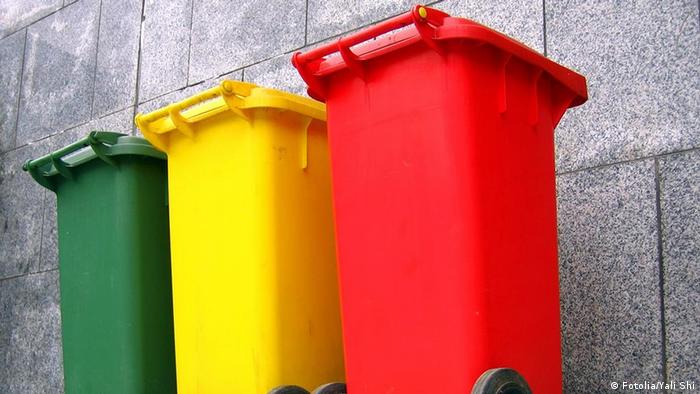 Ask anyone what they think is typically German, and you'll usually get the same answers: beer, sausage, sauerkraut, lederhosen. Recently, a friend of mine from France added "waste separation" to the list. She thinks it's really weird - not only the fact we do it but also the fact we have a word for it: Mülltrennung.

When it comes to Mülltrennung, we Germans are the undisputed world champions. Watch us take our garbage out and be astounded! It's worth mentioning that it's usually a chore performed by the man of the house - a woman might do it sometimes but seeing as it's so technical and all, he tends to be reluctant to hand over responsibility. So there you'll find him: down by the bins, conscientiously sorting his garbage into the brown, yellow, green, gray and blue trash cans.

It's a complicated business. The late, great satirist Robert Gernhardt once told a story about a couple who couldn't agree on how exactly they should recycle their teabags. The tea itself was of course organic, and therefore belonged in the brown bin. The label, however, was paper and therefore destined for the blue bin. The staple, meanwhile, had to go in the yellow bin. And what about the string? Was it non-recyclable waste or even hazardous waste? Should there be a bin especially for bits of thread? Maybe there should. 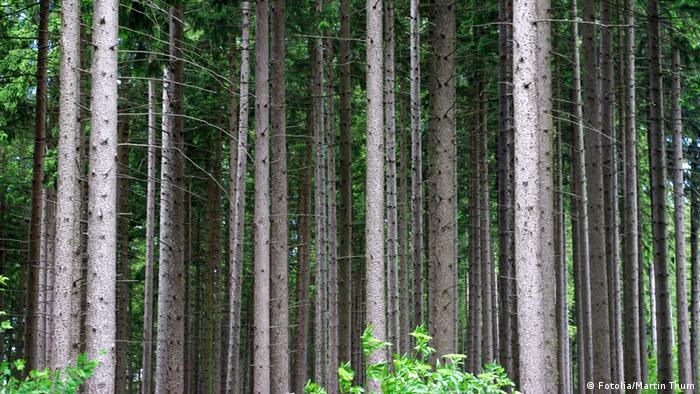 But we Germans aren't the types to be daunted by a challenge. When we commit to an idea, we commit fully. Protecting the environment is an idea we have taken to heart. It's now part of our DNA. Germans are so attached to nature, you'd think they were the first to notice it. They especially love their forests. No other nation in the world has paid such loving lyrical and artistic tribute to the forest. In the 19th century, it was a favorite subject of the Romantics. To them it was a mother, a brother, a friend, a companion. Human, at any rate. This affinity is still hardwired into us.

Our rivers, our fields, the air we breathe - we Germans like to keep our environment as pristine as possible. It wasn't always that way. Germany's economic miracle in the post-war years admittedly came at an environmental cost - but now we know better. The skies over the Ruhr Valley, the country's industrial heartland, are as blue as the former leader of the opposition Social Democrats, Willy Brandt, demanded they become, in a 1961 speech that is seen as marking the start of environmentally conscious political thinking in Germany. There are fish in the Rhine and no self-respecting German would dream of leaving rubbish behind after a picnic in a meadow. Oh, and if you ever see an overflowing bin in the parking lot of an autobahn service station, the Dutch are likely to get the to blame.

Haters, of course, complain that Germans overplay the green card. It's typical of us to go so over the top, they say, with our clean electricity, our biogas and our incandescent light bulb bans. 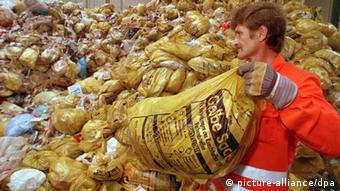 Not to mention our insistence on helping toads cross the road (Germans actually build "toad tunnels" underneath the autobahn). In their opinion, we're living in an eco-dictatorship.

"When the last tree has been cut down, the last fish caught, the last river poisoned, only then will we realize that one cannot eat money." Supposedly a Native American proverb, this prophecy is more likely to have originated with Greenpeace. Either way, it helps explain why Germans are so militant about Mülltrennung.

Regardless of how much it infuriates them, Germans do love bureaucracy. It reaches into every corner of everyday life. In his eighth column, Peter Zudeick untangles some red tape. (14.12.2012)