Harry Wu has spent a lifetime fighting for human rights in China. He talks with Deutsche Welle about his struggle, the country's rights situation and also about Chinese politics. 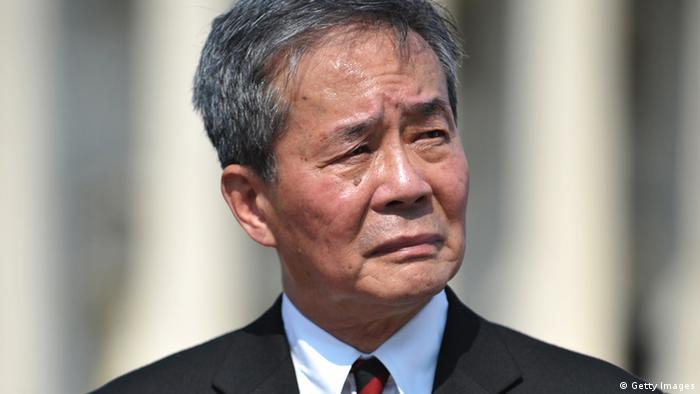 Deutsche Welle: You were locked up in laogais (prison camps) for 19 years and have since become a prominent activist who has held political talks with a number of countries. Do you think that your involvement has brought about any change?

Harry Wu: Well, fundamental change will happen later when the Communist regime ends. Then the laogai system will also end. But I really made the Chinese authorities nervous when I talked to a reporter in 1993 and I said I want to see the word laogai become a common word in every dictionary in every language. Right away, the Chinese deleted the so-called "Laogai Affairs Department" as an office name. They said "well, that was good for us in our fight for international human rights."

But China has retained the laogai system. China still forces prisoners to undergo "reform through labor," which means brainwashing through labor. Not only political dissidents, but everyone, including criminals, are subjected to forced labor and to brainwashing to become a "new socialist person," to uphold communism. And that is basic situation today in China.

Another change that happened was in 1992, when the Chinese issued an order forbidding prison-made products for export. They forbade Chinese companies from buying the products to sell to foreign countries. But even today, this is a kind of lie. The Chinese continue to do that. But black in white, that became an event.

Your Laogai Research Foundation talks about laogais and also other prominent human rights issues in China, for example the harvesting of organs from executed prisoners, the enforcement of the one-child-policy, censorship and surveillance, etc. For you, what issue is closest to your heart?

I don't care what is the situation today between China and Germany, China and the Britain, and China and America. I don't care about the business they want to do. In the end, they care about money. This is their policy. But human rights should be a major focus. So of course, I hope the laogai system ends. But you do have to know, the laogai system can only end when the Communist system ends. When the Communists are finished, then Laogai will also be done. This is the basic issue.

You were in Germany for political talks in the Bundestag and the foreign ministry in September and you addressed the issue of Tibet. What is your take on the situation there today?

First of all, I think most of these Western governments, including the German and American governments, are really crazy. They never make any political declarations or announcements to condemn the violence. Because these 52 - maybe more - self-immolations is a very serious problem. People are actually setting themselves on fire, burning themselves. For what? For religious freedom. For independence. For their own purposes. This is a very, very horrible situation. But Western governments have been very quiet. I look at the Tibetans, from the men to the women, from the youth to the elderly, everybody is very different from the Chinese - different religion, different culture. And different living area, very different.

The Chinese want to use economic, military and political power to occupy Tibet forever. This is stupid.

What do you make of the scandal surrounding Bo Xilai and Gu Kailai and the power struggle within the party that it has uncovered?

The Chinese Communists, they murdered so many people - maybe 70 to 80 million from 1949 to today. It is not Communist Party policy to let the people look at it. But the story leaked, it got out. People learned a little bit of the truth.

Do you think China might be in a time of change? Do you see any hope for the system? And will the 18th Party Congress play any role in changing that?

First of all, I do not think the 18th Party Congress will change anything. Why would it? Why would we expect a Communist party to change its policy? If Xi Jinping wants to become president, I have to ask, why can't Harry Wu become president? This is a very common situation - why should Xi Jinping become the leader? Why can't we have another candidate? This is not democracy at all. Why should we expect a dictator country, a dictator government, dictator party to change? If they change at all, it is because the pressure from the international society. They have to change something. So yes, maybe they will change. You have to know, in China today there are protests every day - people are looking for change. They want more freedom, more democracy. And the Communist Party will not last much longer over there.

People have a common goal: everybody wants to have better lives. Everybody wants a good marriage, to have children, respect their parents. They want to have more money, they want a good car, a bigger house. Everybody expects that, whether they are German, French, British. The Chinese are no different. But the Chinese have been misled for a long time, with leaders saying, come, follow me, become a Red Guard, we are going to build a Communist society that will make everybody wealthy. Was it true? It was a lie. It was not true. So it will take some time.

Harry Wu was born in Shanghai in 1937. At the age of 19 he was sentenced to imprisonment in labor camps (laogai), where he spent the following 19 years. Wu migrated to the US in 1985 on invitation from the University of California at Berkeley to be a visiting scholar. He became an activist and in 1992 founded the Laogai Research Foundation.

The political direction of China's new party chief, Xi Jinping, remains unclear even after serving as the party's vice president for five years. Maybe that is what qualified him for the job as president and party head. (30.10.2012)

After being found hanged in a hospital in central China, activists demand to know what really happened to the 62-year-old who saw it as his mission to fight for the democratization of his country. (08.06.2012)