'The crisis has taken root at every level'

A Red Cross study slams Europe's response to the economic crisis over the past five years, saying the continent is in for a long period of unemployment, a widening poverty gap and a growing risk of social unrest. 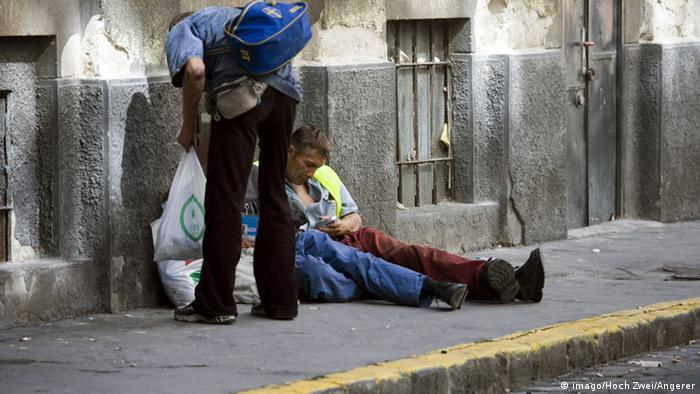 Annitta Underlin is the Director for Europe with IFRC (the International Federation of Red Cross and Red Crescent societies). Her section combines 52 national Red Cross and Red Crescent societies. In a report called 'Think differently,' published on Thursday (10.10.2013), they warn that Europe's response to the economic crisis will push the continent into social and economic decline.

DW: Your report says 'Whilst other continents successfully reduce poverty, Europe adds to it'. You say that even if the economy recovers, the long-term consequences of austerity policies will be felt. What will those consequences be?

Annitta Underlin: We mention different trends in our report. First of all, we see the poorer getting poorer. That means that the distance from the traditional vulnerable group to be integrated in society and to be active citizens getting further away. We see the new poorer people, that never before in their lives have turned to the Red cross to ask for assistance. A whole new group comes in. Within the new poor we are particularly worried about the rise in youth unemployment. In some countries in Europe, you have up to 60 percent of the young people neither in education nor in work. 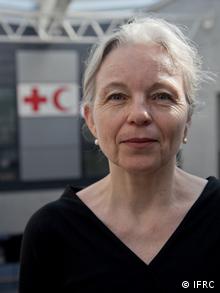 In addition, we are worried about the long-term consequences in the health and social sectors. Research has shown that if a country is in the time of crisis able to maintain its health and social care budget, the country will recover more quickly after the crisis. We know that in times of crisis, the pressure on the health system and the demand of health services, both for physical but also mental health care, increases. What we're worried about is that some governments are reducing their allocation to these important budgets.

But WHO (World Health Organization) research has shown us that parallel to the peaking of the crisis we see the rate of suicide going up. The effect the crisis has on families including children is a longterm effect that we're worried about. The Spanish Red Cross, for example, helps vulnerable families. They say that up to 50 percent of children are having problems following and probably graduating from school - because they're subject to these social problems at home.

You say one of the worst effects - in addition to immediate problems like an increasing number of people turning to the Red Cross for food assistance - is the greater level of insecurity among the traditional middle classes. How does that show?

In some countries, the middle class is shrinking. Serbia, for example, was able to build up a middle-income class in the good times. Today, that class is reducing. Some of the people who would before belong to the middle class are now again falling below the poverty level. Or take Hungary. It's also hard hit by the crisis. Research has shown that 80 percent of the middle class there spend all of their available income monthly. That means there's no savings left, there's no buffer left. So should, for example, a refrigerator break down or should children need money to go on excursions, the budget can simply not accommodate that. So it's a problem at a more general level. We see an increase in the living cost index which is not followed by an increase in people's available budget.

One of the points that will possibly strike many people as surprising is that your reports says that in the EU the serious impact was not confined to the bailed-out countries of southern Europe and Ireland. It also extends to what are commonly believed to be European success stories like Germany. How does it show there? 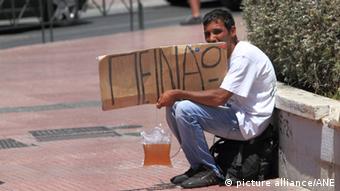 The process of collecting this input made a deep impact even on those of us who have been in this business for many years. It's more serious than we actually thought. In Germany, the whole construct of society is changing. The majority of new jobs today in Germany have time limits. That means that people don't have a permanent contract, they don't have permanent jobs, they're subject to contract periods. At the same time, the German Red Cross also tells us that a high percentage of people who turn to the Red Cross in Germany are people where there actually is an income. So it's low-income families whose income today does not allow them to pay for their house, their electricity and cover their running costs. In order to survive they turn to the Red Cross and ask for food assistance.

On an official level, European politicians have suggested that they've understood the message. The EU has said that rather than focusing on austerity only we need to have a policy where budget consolidation and growth incentives go hand in hand. Has that approach been turned into concrete action in the countries you conducted the study in?

WHO data suggests that from 2008 and onwards, the reduction of spending in health has been remarkable in many EU countries. On a macroeconomic level, there might be a recovery. However, it takes time before people have used up their savings, and before they are evicted from their home, before the high unemployment really kicks through in a country. So we believe that even though on a macroeconomic level, there are signs of a recovery, it will take time before it trickles down and also shows in the public budget, so that it will be back at a level that may be comparable to how the spending was prior to the crisis.

The rise of personal insecurity and the decline of the standard of living in Europe, you say, could lead to social unrest and a rise in extremism. When is the point of no return, do you think?

The economic crisis in Europe has largely been overcome, says the IMF. In a reversal of roles, it's the United States and emerging economies that pose the larger risk for global economic growth - not the eurozone. (09.10.2013)

International Monetary Fund Managing Director Christine Lagarde talks to DW in an exclusive interview about the global economic recovery and the US government shutdown. (07.10.2013)

We think that there's still time if we join hands and if governments understand how serious the situation is. We see two big categories of people: there are people who we call the 'quiet desperation'. These are people who are sitting at home, ashamed that they cannot make their own living. A part of this group appears in the suicidal increase that we've observed. Then you have another group of particularly young people who will take to the streets in order to voice their discontent and make their governments aware of this problem. It is clear that if you have up to 60 percent of young people not in employment and not in education - like you do in some countries today - these people are getting desperate. That's why we appeal to governments to take serious measures, because otherwise we are in for what we call the longterm impact.

You represent the European Red Cross and Red Crescent societies. What is the lesson you have learnt and the conclusion you have drawn from your report?

In 2009, we conducted the first economic crisis report. We interviewed the same national societies at that time. What we have learnt today is that looking back now, firstly, none of us at that time believed that the crisis would be with us for as long as it has. We thought it was something that would go away quickly. Then none of us back in 2009 would have had the imagination to understand the situation in Europe today, where 3.5 million people are actually receiving food from the Red Cross and Red Crescent. And we're not the only ones distributing food. 43 million Europeans are not getting enough food to eat every day. 18 million are receiving EU-funded aid today. The crisis has taken root at every level: at household level, at community level and at government level - and across Europe.