Germany′s richest get richer as number of billionaires rises | Business| Economy and finance news from a German perspective | DW | 07.10.2013

Germany's richest get richer as number of billionaires rises

The combined wealth of Germany’s 100 richest individuals has grown significantly over the past year, breaking the previous record set in 2008. A further 20 people became billionaires in 2013. 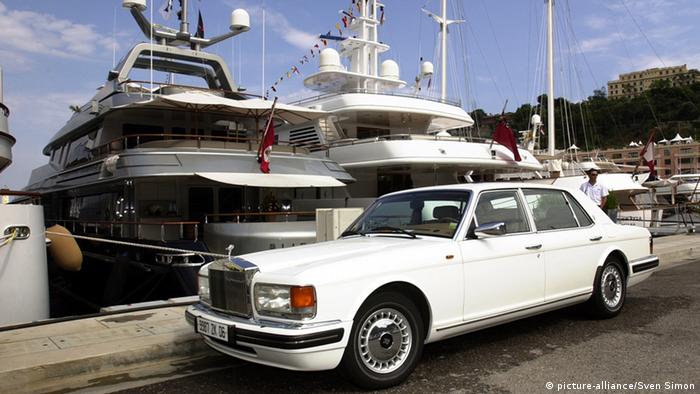 The combined wealth of Germany's 100 richest individuals grew 5.2 percent in the past twelve months, reaching 337 billion euros ($458 billion), according to a survey released by German business monthly Manager Magazine.

The amount was more than the previous wealth record of 337 billion euros set in 2008, and showed that Germany's richest had overcome the financial and economic crisis of the past few years, Manager Magazine wrote in its latest edition released on Monday.

According to the magazine's 2013 ranking, the owner of discount supermarket chain Aldi Süd, Karl Albrecht, remained Germany's richest individual with a wealth of 17.8 billion euros.

Hard on the heels of the 93-year-old retail king came the family of his late brother Theo, who died at the end of 2012, bequeathing Germany's second-biggest supermarket chain, Aldi Nord, worth an estimated 16 billion euros.

Germany's third richest person was also an owner of a discount supermarket chain, Lidl's Dieter Schwarz, who was said to be worth about 13 billion euros, the Manager Magazine survey showed.

The latest entry in the elite club of super-rich Germans owning a double-digit fortune was Susanne Klatten, the magazine said. Worth about 10 billion euros in 2013, the heiress to former German industrialist Herbert Quandt was able to boost her wealth by 1 billion euros thanks to a substantial rise of her shares package in luxury carmaker BMW.

Klatten's mother Johanna and her brother Stefan Quandt were also among Germany's billionaires, the number of which had grown from 115 in 2012 to 135 this year, Manager Magazine said.

The magazine report based its estimates on the values of shares and other business holdings, as well as on real estate assets and arts treasures held by the individuals.

In its latest annual count of billionaires, Forbes magazine has listed the world's richest people. It found that the number of super-rich men and women had gone up again despite unfavorable conditions on global markets. (04.03.2013)