The Cologne attacks are affecting everyone | Germany | News and in-depth reporting from Berlin and beyond | DW | 15.01.2016

After hundreds of women were allegedly groped and sexually assaulted during New Year's Eve celebrations in Cologne, the atmosphere around the city's central station remains tense. The consequences are felt everywhere. 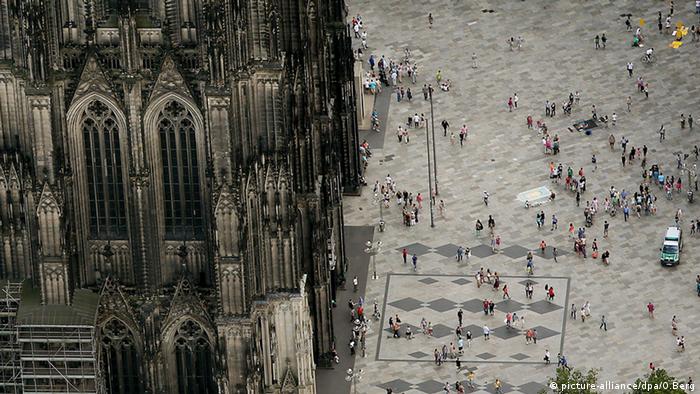 Even now, more than two weeks after the attacks took place, police are still patroling the area, and more than a dozen of their vehicles are now routinely parked outside the station, interrupting the usually clear view of the impressive cathedral.

Though it seems as if the city is slowly going back to normal – with people already putting their costumes on for carnival and a higher number of clients flooding the stores again – for many, the recovery has just begun.

"I was here. I saw everything, but there was nothing we could do, we are just refugees in this country," Yousef, a 25-year-old refugee from Syria's Idlib told DW.

"At the beginning everything was fine, people were shooting flares, drinking, dancing. There was a very happy feeling. But then me and my friends saw the attackers doing what they were doing. We decided to leave, we took a train home."

Yousef arrived in Germany four months ago via Turkey, Greece and Austria, and is currently living in Erftstadt, a 20 kilometers (12 miles) southwest of Cologne. 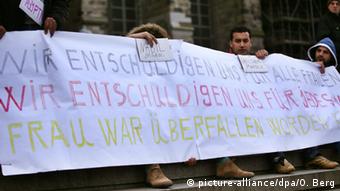 He says that during that night he was afraid of being attacked himself. "They were very drunk and broke glass bottles everywhere. I thought to myself, 'I'm only a refugee here, I don't have any right to come to them and tell them what to do.'"

According to official figures, more than 560 police complaints - around 45 percent of them connected to sexual violence - have been filed in the wake of the attacks. The assailants were described by victims and eye witnesses as mainly from North Africa and the Arabian peninsula; some were claimed to be Arabic speakers.

Police have reported that there are currently 19 suspects: Ten asylum applicants and nine who had been identified as being in Germany illegally. Fourteen of the suspects are Moroccan.

Yousef says he could hear that many of the attackers were Moroccan and that he could understand a bit of what they were saying. "We heard the girls screaming, asking the guys to stop touching them, but they didn't care."

After the news about the attacks broke, a massive public debate was quick to follow. The anti-Islamization group PEGIDA took to the streets of Cologne in protest, claiming that there is a direct connection between the incident and the government's 'open dorr' policy towards refugees.

Anti-PEGIDA demonstrators as well as women rights' groups claim that the violence against women has anything to do with the origins of the assailants, arguing instead that women are facing these kinds of assaults and harassment on a daily basis, regardless of who's committing them. 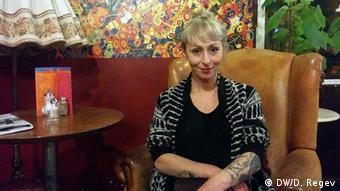 Francois Maiorano is the organizer of the 'Women's Walk'

"Like in every society, every religion and every country – there are good people and there are bad people. You can't stigmatize an entire group or an entire religion based on what happened during that night," says Francois Maiorano, a 42-year-old photographer and the organizer of a "Woman's Walk" planned this Sunday in Cologne.

She says she got the idea for the walk after talking to a couple of friends about how women are being treated at parties in which she sometimes works as a singer.

"I'm working for 'Electro Swing Night' – a line of parties in Cologne, and we organized a party right behind the central station on New Year's Eve. From the beginning, I thought it's a bad idea," she said in hindsight.

It was clear to her that the area around the cathedral is going to be packed with people, and she thought about having the party someplace else. "The point is that if I could predict that this area will be full of people – as a private person – couldn't the police foresee that, too?"

This doesn't mean that the attackers are not responsible for their own deeds, she said, but only that "police and authorities who have statistics and ways to prepare for such events should have been ready in this case, too. Perhaps this entire thing could have been prevented."

There's no point in denying cultural differences, she added, but for Yousef and his friend Abaidah, whom he met on the dangerous journey from Syria to Germany, this makes things even more complicated.

"We are not all the same people," he says, emphasizing that the Middle East is a large area, with many cultures, countries and different peoples – but in Europe, they are all seen in the same way. 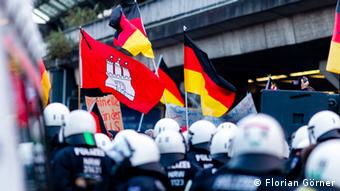 Police were out in force when PEGIDA demonstrated

"Two days ago on the train a German approached us and said 'be quiet. You are refugees here and you have no right to speak. Go back to your country.'" The young men say that they don't understand how it's not clear that they actually want to go back home.

"I love Germany, people here are so nice, so if I find a job I want to stay here, I want to finish my studies," Yousef explains. "But many people just want their home back. We are here because we don't have a choice, not because we came to conquer the land."

Abaidah agrees, saying that if things get better in Syria, he wants to go back to his hometown, Homs.

For many Germans, the attacks mark a red line that has been crossed. "I never demonstrated with PEGIDA before, but now I have to say they have a point," a protester who joined the PEGIDA demonstrations in Cologne told DW under the condition of anonymity.

"I'm not saying that anyone who wasn't born in Germany should leave this country, but don't you think it's a bit rude to come here, ask for shelter and then to commit crimes? No, we don't have to accept that. In fact, we must not accept that."

"We don't want to ignore hard questions," Maiorano says, claiming that she is not blocking any such criticism on the Facebook page of her event. "But there's a positive way to do it. We want to show women that they are not alone, that we are strong together."

In the meantime, the Cologne police are offering a 10,000 euro reward for any clues leading to the identification and arrest of New Year's Eve assailants. But, whatever the result of that effort, it is clear that the ground in the usually open-minded city is still smoldering.

Ever since a large number of women were sexually harassed and robbed on New Year's Eve in Cologne, a debate on tougher laws has been raging in Germany. But, writes Johannes Beck, better enforcement would suffice. (15.01.2016)

Austria's interior minister has said her country will no longer allow refugees to pass freely through its borders. From next week, those who do not wish to seek asylum in Austria or Germany may be sent back to Slovenia. (15.01.2016)