The Bobs announce winners of online activism award | Germany| News and in-depth reporting from Berlin and beyond | DW | 07.05.2013

Jury members at The Bobs gave out honors to bloggers and online activists for their work promoting freedom of expression, human rights and the right to information. Internet users also voted for their own set of winners. 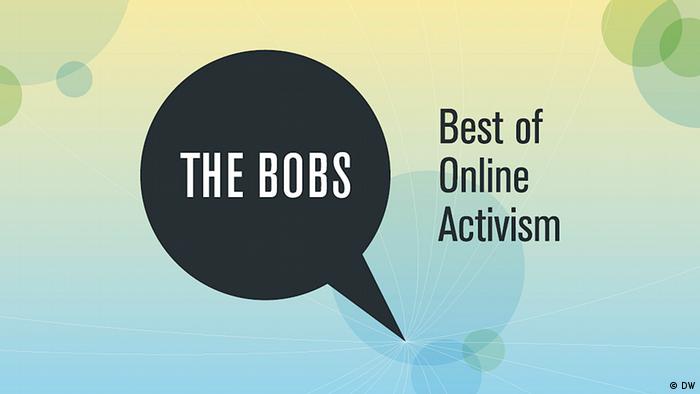 China, India and Egypt get together, Russia joins forces with Turkey and Germany slides out of the way for Ukraine at the last moment. What sounds like possibly the most complicated set of international negotiations was really the jury session at DW's annual The Bobs, which honor the best in online activism.

Fifteen bloggers, activists and online experts from around the world met in Berlin for two days of passionate discussions to decide the winners of this year's awards. 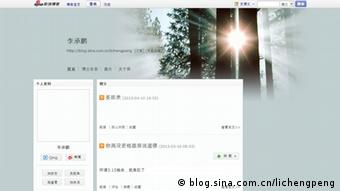 Chinese author and columnist Li Chengpeng won top honors by claiming the Jury Award in the Best Blog category. Li has become an important part of the anti-censorship movement in China. He held so-called "silent readings" of his book "The Whole World Knows" when authorities - fearful his fans would turn a reading into a political protest - prohibited Li from speaking during a book signing event. To his fans' great pleasure, he wore a shirt that said, "I love you all." "He is an example for the younger generation," Chinese jury member Hu Yong said. "He motivates people to get involved and stand up to censorship."

The Moroccan initiative 475 won jury honors as the best social activism campaign. The project is named after a code in Moroccan law that allows rapists to avoid punishment by marrying their victims. The campaign started after 16-year-old Amina committed suicide after being forcibly married to the man who raped her. "The award went to the Moroccan initiative but beyond that I think the problem of violence against women and rape is everywhere - in India, we've heard about it, in Bangladesh in Southeast Asia, in South America," French jury member Claire Ulrich said. "Here we see that in the attempt to deal justice it's the women - usually teenage girls - who end up paying the price for someone else's crimes." 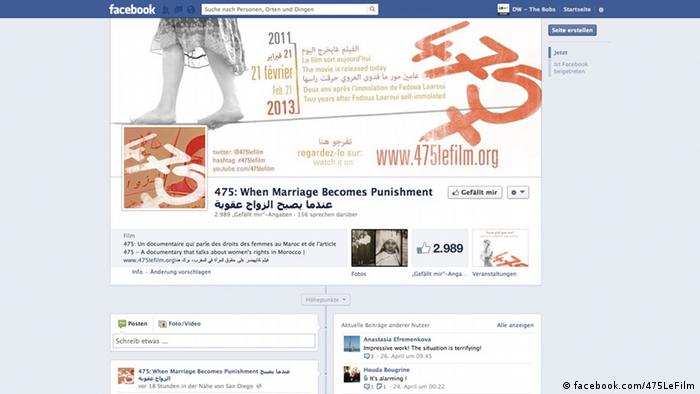 FreeWeibo.com, the winner in the Best Innovation category, exposes what the Chinese government censors on the Sina Weibo microblogging service. FreeWeibo gives users unfettered access to the country's popular social network while saving and showing the posts deleted by government censors. "Systematic censorship is one of the biggest problems in modern China," Hu said. "Only by making it visible can people also do something against it." 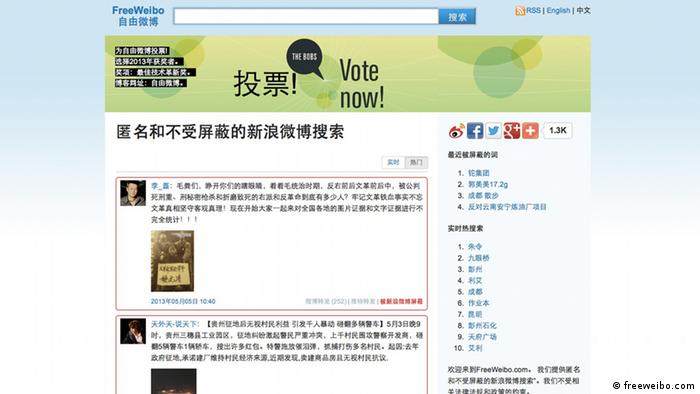 The Bobs' partnership with the rights group Reporters Without Borders continued with a special award for blogs and online projects that promote freedom of expression. This year's award went to Fabbi Kouassi, a blogger and activist in Togo. She uses her blog to report on police violence against journalists in the country, which tends to get very little coverage in international media. "Fabbi defends freedom of expression in an impressive way and draws attention to the precarious situation journalists face in Togo," said Christian Mihr, the head of Reporters Without Borders in Germany. 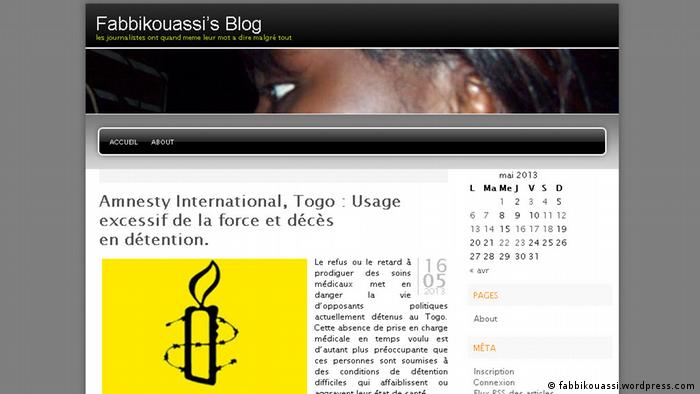 The challenges of the global economy will be the focus of this year's Deutsche Welle Global Media Forum from June 17-19 in Bonn. This year The Bobs' special category for the conference looked at the ways bloggers address the economy. The Bangladeshi project Infolady won the jury members' award. The project equips women with a bike and a mobile phone capable of connecting to the Internet, they ride to rural areas to answer peoples' questions regarding heath, agriculture and development. As few doctors ever travel to the regions infoladies regularly visit, the women are often the only form of medical advice available and when they get stuck on a case they can call a team of experts ready to assist them wherever they may be. "It's a revolutionary project that helps get life-saving information to the poorest people in Bangladesh," Bengali jury member Shahidul Alam said. 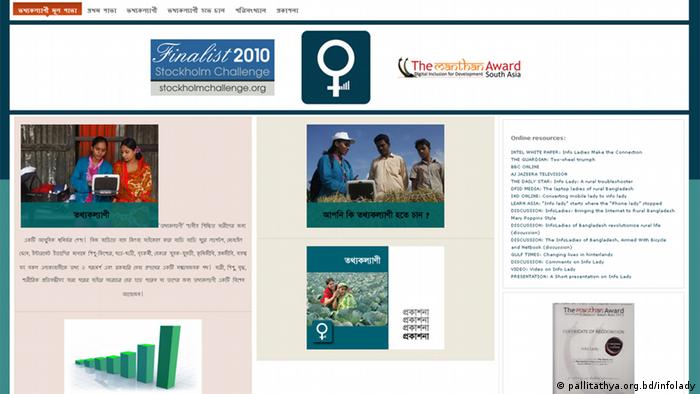 Most Creative and Original

What little bits of information do you leave behind when you go online? That's the question the project Me and My Shadow looks to answer. The site takes an entertaining approach to informing people on the traces they're leaving behind when they shop, surf and post on the Internet. It also offers tips on how to change privacy settings to let out less information. "Me and My Shadow presents in a very playful and visually compelling way a means of allowing online users to see the digital traces that they leave through their online activities - and offers easy solutions to fixing them," said English jury member Georgia Popplewell.

Deutsche Welle launched The Bobs awards in 2004 with the goal of promoting freedom of expression online.

"The Bobs are a unique platform that shows similar tendencies among young Internet users," said Ute Schaeffer, DW's editor-in-chief for regionalized content. "Over the long-term there will be no way to seal off information from society and take away its right to information."

In addition to the six awards decided by jury members, an online vote also decided the winners of the User Choice awards in all 14 of The Bobs languages. See all of the winners at www.thebobs.com.

Prominent Chinese blogger Li Chengpeng won the jury's prize for Best Blog at The Bobs awards for the best blog in online activism. Jury members called him an inspiration to young people in China. (07.05.2013)

Yoani Sanchez won the prize for Best Blog at The Bobs awards in 2008, but she wasn't allowed to collect her trophy. Now, she is on a world tour talking about how to overcome censorship, and stopped by at re:publica. (07.05.2013)

Over the past few years, the re:publica conference developed into a meeting of bloggers, activists, researches and others interested in the potential of what the Internet has to offer. (05.05.2013)

Read about all this year's winners

The winner of DW's The Bobs award for online activism