The BATACLAN Festival marks a sad date with music

Amidst the debate over whether Islamist terror is back comes the fifth anniversary of the attack at the Bataclan. Bonn's response: music and dialogue. 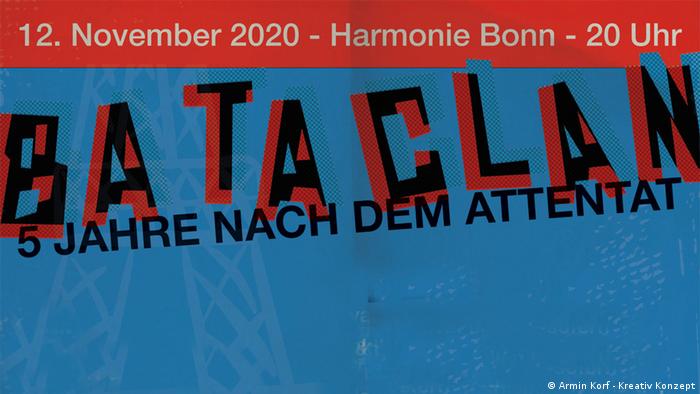 Has it really been five years?

On that horrific night of November 13, 2015, at five locations in Paris and three in a Parisian suburb, Islamist terrorists staged suicide attacks, shot innocent people, took hostages and the lives of 130 persons and injured nearly 700 more, many of them severely.

The "Islamic State" took responsibility for the coordinated attacks at a football game, in bars and restaurants — and at the popular Bataclan theater, where a rock concert was in progress.

What has transpired in the five years since? A lot — and yet somehow, not so much. The "Islamic State" no longer holds territory in the Middle East but continues to occupy hearts and minds, as proven by recent attacks in Nice and Vienna. Four years of the Trump administration has come and gone — almost. There's a worldwide pandemic. Who remembers the Bataclan and the victims? 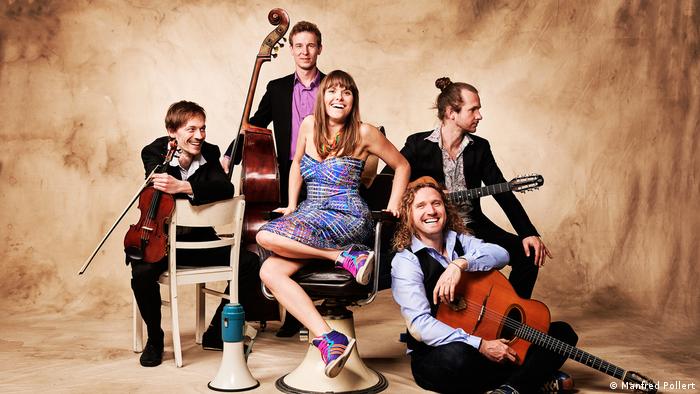 The Institut Francais in Bonn and the adult education foundation Willi Eichler Akademie didn't want the fifth anniversary of the attacks in Paris to pass silently, so they initiated a festival of remembrance. On November 12, world music artists performed in the Harmonie — a club with a concert hall in Bonn — in remembrance of the events. A small festival with audience was originally planned, but in the current coronavirus shutdown, the audience remained remote, following the event by live stream.

A fest of the softer sounds

"Freedom is an indestructible monument" is the motto of the BATACLAN Festival, whose international lineup makes a statement for freedom and diversity. With a strong connection to the global music scene in France, they are artists who could have also played at the Bataclan, including the Marion & Sobo Band, a French-Polish-German quintet that has developed a very personal style of gypsy jazz. And Melchi Vepouyoum from Cameroon, whose music tells of the reality of society in that country, in his native tongue. 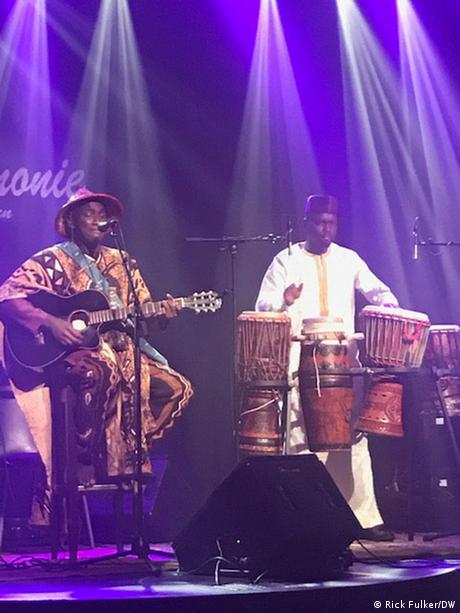 "A Voice from Heaven": Issa Sow

The well-known Algerian guitarist Djamel Laroussi had to call the evening off, but the man who came in his place was a more than worthy replacement: Issa Sow, called "A Voice from Heaven," from Senegal, whose bewitchingly sad yet uplifting vocals were underpined by the beats of percussionist Pape Samory Seck.

What was missing were the big speeches — but what words could come to terms with such an incomprehensible tragedy? Instead, singer Marion Lenfant-Preus of the Marion & Sobo Band read a passage from Il nous reste les mots (We still have the words). The book relates the remarkable dialogue between Georges Salines, the father of a young woman murdered that evening, and Azdyne Amimour, the father of one of the Jihadists.

At a cost of €5.00 ($5.90), the live stream was organized by Keep4Us, a project of Popfarm NRW, which is experimenting with streaming and hybrid concert presentations as an alternative to the current complete absence of live events and the resulting extremely difficult situation for affected artists.

The complete performance will be shown on November 13, beginning at 6:00 p.m. CET on the Institut Francais' YouTube channel and on the Facebook page of the festival Over the Border.

Thieves have removed a mournful painting by the mysterious British artist from an emergency door at the Bataclan concert hall. The work was an homage to those killed during the coordinated 2015 terror attacks in Paris.

These terrorist attacks in France all have a cultural connection, last year's attack at the Bataclan, yesterday a celebration at the very heart of French culture, Bastille day.

"Obscene" is what one former French president said about Trump's antics during a NRA speech on Friday. In an effort to make a point, Trump mimicked shooters who killed 90 people in a Parisian club in November 2015.

Link to the livestream of the BATACLAN Festival