As the empress of Iran, Farah Diba Pahlavi built up one of the world's most valuable collections of modern art. After a rare show of the works in Berlin was canceled, DW spoke with Pahlavi about art and life in exile. 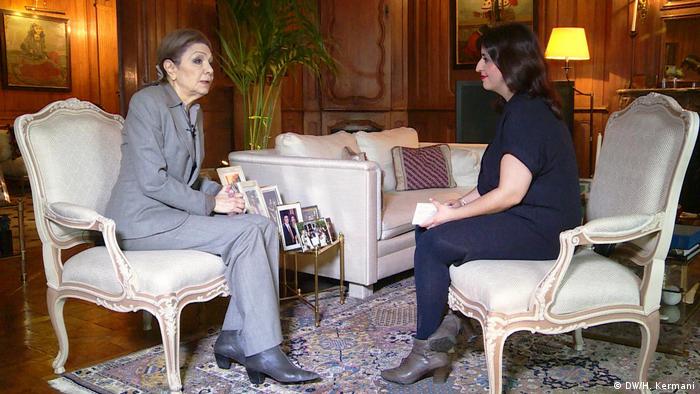 DW: The Tehran Museum of Contemporary Art (TMoCA) was founded under your patronage in 1977. Looking around, your residence here in Paris is filled with art. Are you still a collector?

Farah Diba Pahlavi: I like art, and I buy especially from young Iranian artists. These are artists who come here - not only do I admire what they have done, their sculptures, their paintings etc., but at the same time it makes me feel like I am surrounded by people that I love, and they are friends, so I don't feel alone. It's not that I collect, but if I go to art galleries in Paris or New York or London and there are things that I like, then I buy them. Art is very important in my life. I think that artists really must exist to give their messages to the world. Artists are people who remain forever. People forget the names of leaders or kings or presidents, but they never forget musicians and singers and artists.

Iran has one of the oldest civilizations in the world. How did you come up with the idea of establishing a museum of modern art there?

Iran is a country of great culture and civilization, and I admire our past culture and civilization. At the same time, when I married my husband, the shah, I wanted to support Iranian contemporary artists. What happened is that in the early 1970s, when the price of oil went up and we were a little bit richer, I thought that we should build museums and work on culture, besides what the Ministry of Culture was doing, of course.

One day, I went to an exhibition of Iranian artists. And Iran Darroudi, a famous Iranian painter, told me: "I wish we had a place we could show our paintings, our art." And I think the idea came from there, to have a museum for Iranian artists, for their sculptures and paintings.

And then I said: "Why not also have foreign art? All the rest of the world has our art in their museums." Of course, we could not afford to buy old art from the West or the East, but we could afford contemporary art.

Speaking of price, who paid for all these artworks? Did the state allocate funds for modern art?

The government, and specially the National Iranian Oil Company, paid for all the art.

There were many critics back then within Iran, and still are today, saying that oil revenues should have gone to other things more important than art. How do you respond?

Iran was developing and progressing in many fields. People who want to criticize always find something to criticize. This is a cultural and material heritage that belongs to Iran and the Iranian people, if you compare the price we paid in those days to its value today.

At the time there was no criticism, and most people were happy. The budget for the museum was not all that significant compared to other development projects. 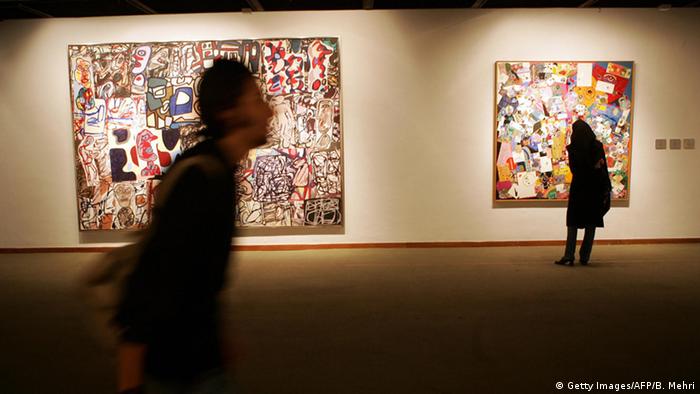 But 1977, the year you opened TMoCA, was the same year that major demonstrations began against the shah. Iranians were taking to the streets for different reasons: Socialist and student movements were raising their voices against social injustice, against the torture of political prisoners and intellectuals in prison. They were calling for political freedom, freedom of speech and political parties. But there were also Islamic organizations opposed to Westernization and secularism. How compatible were these developments to your luxury lifestyle and investments in Western art and culture?

What luxury? I mean, we were living at the palace at Niavaran, which was a bit of a modern building. No, that was all propaganda. And it worked! That had no relation at all to what happened. Really, no relation. I am not saying that we didn't make mistakes. But the religious people used religion; they used the people to come to power. And the other people, who were against us, they were from the left-wing movement. It all came together to bring about what happened. But the West also very much contributed. Now there are more documents coming out that show they wanted to destabilize Iran.

German Foreign Minister Frank-Walter Steinmeier suffered a bitter defeat when Berlin had to cancel a major art show from Iran this week. He may have bitten off more than he could chew, says DW's Gero Schliess. (28.12.2016)

The 1979 Revolution was the major turning point. The shah was overthrown, and you were forced into exile. And the art collection was stored away in the museum vault, where it has been kept under lock and key to this day, because Western art is seen as "un-Islamic." Did you see that coming?

No, of course I did not think anything would happen. Having such a beautiful museum with beautiful art was a source of pride for the Iranian people. The artworks were kept in a safe vault for three decades. However, in 2005 many of the paintings were shown in a one-off exhibition in Iran, and a catalogue was published.

You mentioned that the artworks were bought for relatively low prices back then. Today, they are incredibly valuable - the collection has an estimated value of $2.5 billion (2.36 billon euros), making it the most valuable collection of Western modern art outside of Europe and the US. Is there any guarantee that the collection will be appropriately looked after? 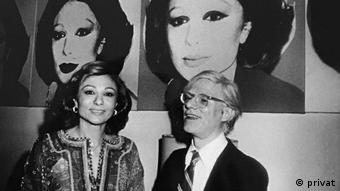 The former empress of Iran with Andy Warhol

I hope so. I mean so far, so good. It has been protected. I must say, I was very worried after the revolution that they would do something to the paintings. Aside from a portrait of me, which was painted by Andy Warhol and hung in the museum entrance and which was cut into pieces when the revolution started, and also some sculptures by Bahman Mohasses, the rest is fortunately still there, although it has been stuck in the museum vault ever since.

For the first time since the revolution, the so-called Tehran collection was supposed to have been put on show to the public in Berlin. What were your expectations about the exhibition?

Well, I thought it was great for these works of art to be shown to other people, to a broader public. And especially because it was not only Western art that would have been displayed. Half of the exhibition was supposed to have been filled with works by modern Iranian artists, young and old, and it would have been very interesting if people could have seen them. 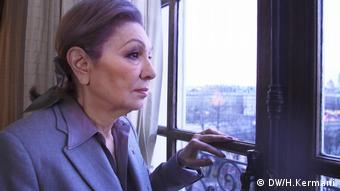 There are many rumors as to why the exhibition was called off. One is that you could have made legal claims once the artworks left the country.

This is ridiculous. First of all, when I helped build this museum, it was for Iran and for the Iranian people. These works belong to Iran and the Iranian people. And if this collection will be shown in Germany, I hope that the German authorities will make sure the works will be safely sent back to Iran. And by the way, several years ago a painting belonging to TMoCA by Max Ernst was exhibited at the Centre Pompidou in Paris, and I attended the exhibition. I don't know where these rumors come from, but maybe it's because when the exhibition project started, everybody spoke about me and my part in creating this museum. And that is not good publicity for the Islamic Republic. They were not amused about that, I guess.

Is there hope that the art collection will be shown in the near future?

Maybe. We will have to wait and see. But my personal hope is that Iran will become a democratic country, one that respects human rights and women's rights, and that it will stay in one piece. I would love to see Iran become the real country it deserves to be and for young Iranians, the future generation, to have a better life, because they do deserve a better life after having suffered for so many years. Especially the women. I have a lot of faith in Iranian women. Because they have a lot of courage and despite the suffering, they are strong and fight in their own way. I'm sure they will play an important role in changing Iranian society.

Looking back now, how do you feel when you think about your forced exile?

As an Iranian poet once said: "This house is beautiful, but it's not my house." Of course, being far away from your country, from your compatriots is not easy, although I live in countries which are very open and very beautiful. But it's not my own country and especially seeing what's happening to my country and its people, it's very hard.

Farah Diba Pahlavi, 78, is the widow of Mohammad Reza Pahlavi, the last shah of Iran. She studied architecture in Paris in the 1950s, where she met the shah on an international visit. They married in Tehran in 1959. As empress of Iran, she took over the patronage of numerous foundations and launched the Tehran Museum of Contemporary Art (TMoCA). The museum's collection, assembled by the former empress, is one of the world's most valuable collections of Western art and includes works by Andy Warhol, Pablo Picasso, Mark Rothko and Francis Bacon. During the Islamic Revolution in 1979, Pahlavi and her family were forced into exile. She has lived abroad ever since, and today divides her time between France and the US.